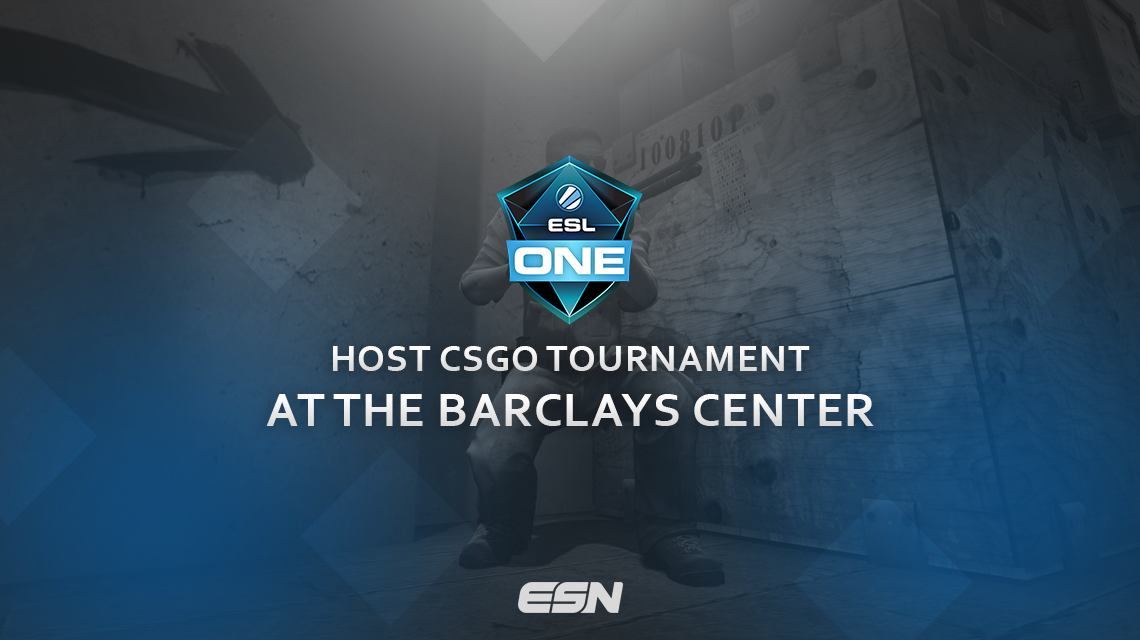 The East will host of the largest eSports tournament it has ever seen. The Electronic Sports League, the company behind some of the biggest eSports tournaments globally, has announced that they will be hosting a Counter-Strike: Global Offensive competition in the Barclays Center located in Brooklyn, New York, which is home to the Brooklyn Nets, as well as the New York Islanders.

Starting October 1-2, the Barclays Center will be hosting the $250,000 CS:GO event, but according to ESL, CS:GO won’t be the only game featured. In the coming weeks, the company will announce more games to the lineup.

“We’re ecstatic to team up with Barclays Center to expand ESL One New York and deliver an unforgettable weekend of esports,” says Craig Levine, CEO of ESL North America. “Barclays Center is a world class facility and will serve as the perfect host for our expanded event, which now will feature CS:GO.”

Players will get to see the top eight CS:GO teams compete in a two-day event in a double elimination group stage, which will be followed by single elimination best-of-three matches on the main stage.

ESL is also offering a wide array of activities for fans, such as pro player autograph sessions, virtual reality experiences, the ESL Shop, and other fan fest activities.

“The esports industry is experiencing unprecedented growth and we are thrilled to be a part of it by hosting one of the largest tournaments on the East Coast,” said Brett Yormark, CEO of Brooklyn Sports & Entertainment. “ESL One New York further diversifies Barclays Center’s programming portfolio and continues establishing the venue as a leader in emerging trends in sports and entertainment.”

If you are interested in attending the event, Tickets are available from May 17, 2016. For more information, please visit ESL One

Will you be watching this event? Let us know by commenting below or tweeting us @eSportsNation