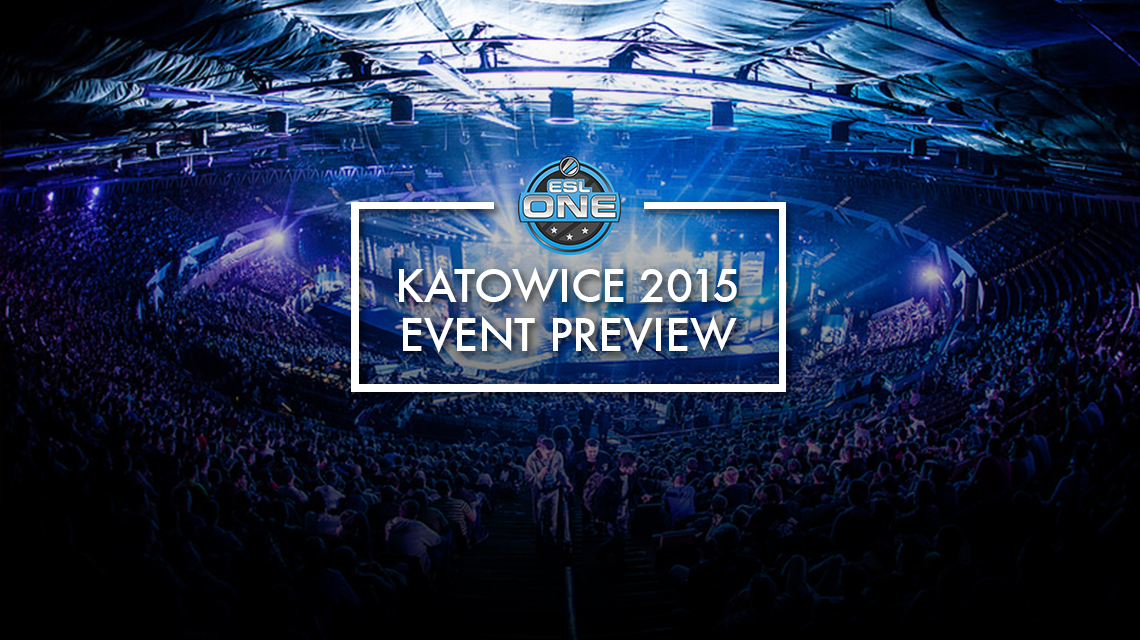 With ESL One Katowice 2015 just around the corner ESN has put together everything you need to know for this upcoming major.

After the ESL One Qualifier, the 16 teams fighting for the win and ready to take each other on next week in Katowice, Poland.

Pool play will be on March 12, with all matches being played as a best of one. Pool play will be in a double elimination setting, with the top two teams from each group progressing to the Quarter-Finals. The Quarter-Final and Semi-Final matches will be single elimination and will be played as a best of three from March 13-14. It will then be Championship Sunday where the two top teams of the weekend will battle it out to see who becomes champions.

The groups are the most interesting and decisive part of this tournament. Each group has two legendary teams, who were invited, and two ‘Challenger’ teams, who faced off 3 weeks ago in the Qualifier in Katowice. They stand as follows:

These 16 teams are playing for a rather substantial prize pool, $250,000. The prize pool is divided up between all of the teams that have qualified for this event. So no one will be going home empty handed, but their performance will decide how heavy their pockets will be.

The ESL One Katowice Schedule can be found here

For all those not lucky enough to have a ticket to watch the spectacle live, you can stream the event from home. ESL will be streaming live on their Twitch channel. Or you could load up the game and watch on GOTV and simply click the Watch tab and select which game you would like to view.

From the 12th March to championship Sunday,there will be plenty to watch next week in Katowice. Who do you think will take home the trophy and the massive $100,000? For all things CS:GO be sure to follow @ESNCS and visit our website for your latest news and updates.