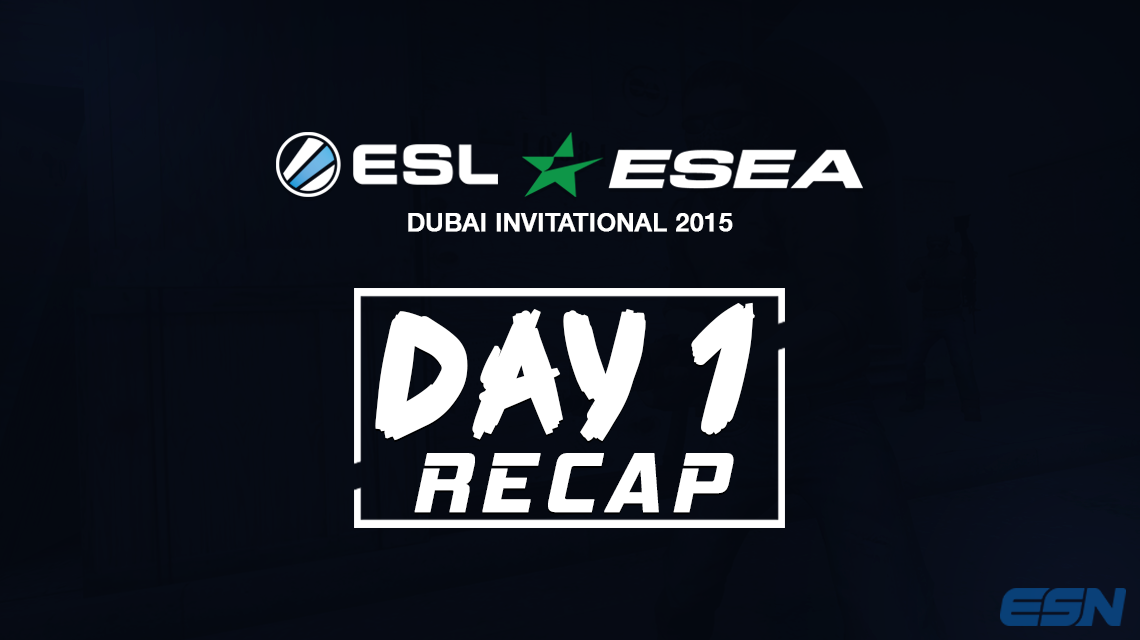 Day one has concluded for the ESL ESEA Pro League Dubai Invitational , a $250,000 Counter-Strike: Global Offensive event. Exciting matchups transpired throughout the day as the double-elimination group play stages commenced.

All eight teams were put into “Group A” and “Group B” and played out in a best-of-one format within a double-elimination bracket for group play. The top-two teams from each group will move onto a single-elimination playoff bracket later throughout the tournament.

The event is scheduled to kickoff at 12:15 p.m. GST (4:15 a.m. EDT) tomorrow morning with two group play matches left, Ninjas in Pyjamas vs. Team EnVyUs  and Fnatic  vs. Titan .

Tomorrow will consist of the conclusion of group play and the start of the single-elimination playoff bracket. You can follow all of the action live here: twitch.tv/esl_csgo .

Enjoyed day one of the ESL ESEA Pro League Dubai Invitational for Counter-Strike: Global Offensive ? Who do you believe will win the entire event? Let us know. Stay up-to-date with live coverage and content of the event over at our Twitter – @eSportsNation .