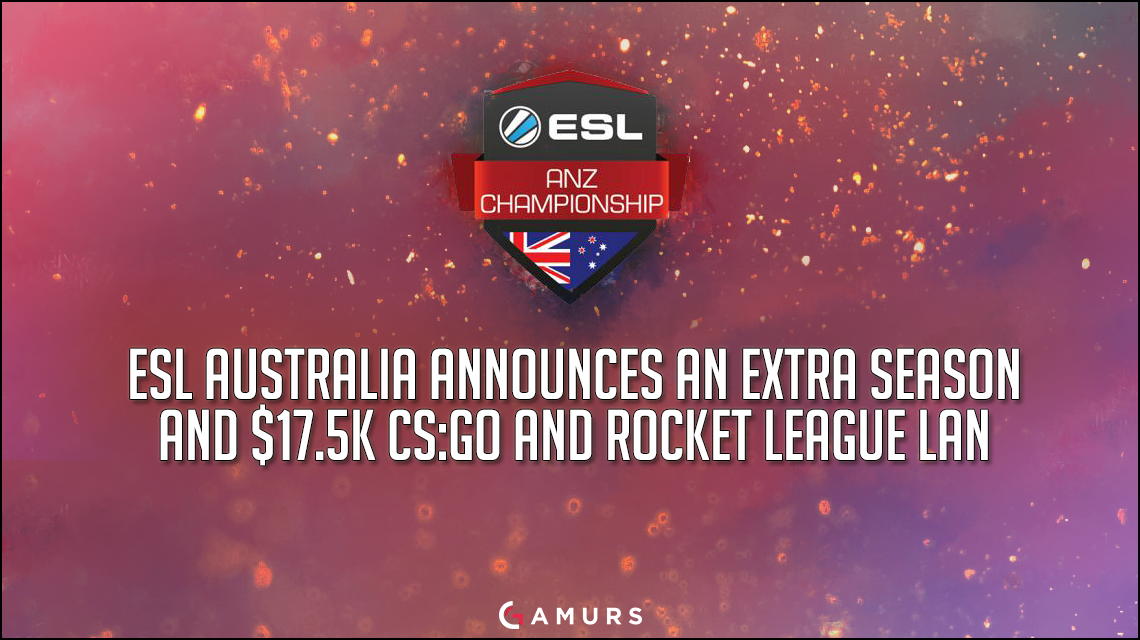 Today, ESL Australia announced via press release the expansion of their CS:GO ANZ League from two seasons to three, and the addition of a Rocket League competition to the League. The first season of 2017 will feature a prize pool of $17.5k split across both games, with $10,000 going to CS:GO and $7,500 going to Rocket League.

On the CS:GO side of things, six teams have already been invited with two more qualifying in a closed online qualifier. The invited team list can be seen below:

Online league play will begin Feb. 27th and go for seven weeks, with games being held every Monday and Thursday night before ending in an offline series final at a TBA event. Notable absentees from this event include Tainted Minds, Dark Sided, Immunity and Chiefs as they all compete in the ZEN League, hosted by ESL Australia, instead.

For Rocket League, four teams are qualifying through an invitational qualifier, while the other four teams will make their way into the league through two open qualifiers.

Online play for Rocket League will begin on Feb. 28th, with the closed invitational qualifier being held on Feb. 14th and the two open qualifiers being on Feb. 19th and 25th.