Twistzz: “I still think we’re No. 1 in North America” 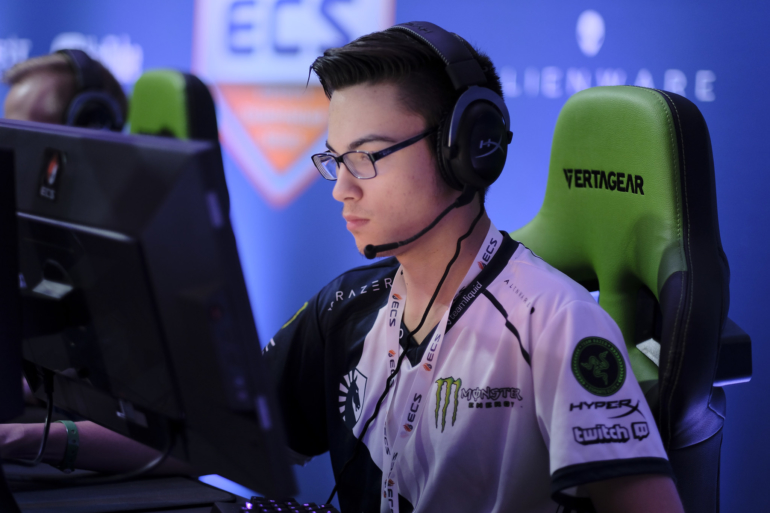 Jonathan “EliGE” Jablonowski and Russel “Twistzz” VanDulken have led Team Liquid in their rise to the top of North American Counter-Strike, and they’re showing no signs of slowing down.

Liquid had a valiant run at the ECS Season Five Finals this past weekend, but it was cut short by Astralis, who are currently the best team in the world. Liquid lost their only maps at ECS to Astralis, once in the Group A winners’ match and twice in the grand finals. The North American juggernaut redeemed themselves with sweeps versus Fnatic and NRG Esports, but they still came up short in the grand finals.

Despite the Danes’ unstoppable dominance in Counter-Strike, Liquid is still looking like a number two team in the world.

EliGE and Twistzz spoke with Dot Esports and several other outlets—including Blitz Esports, Unikrn, and VP Esports—in a press conference on June 7 before the event began. They both spoke about what’s been working well with the team in their rise to the top of the international scene.

When asked about their non-traditional AWP setups, EliGE explained that the conventional primary AWPer meta can easily be translated into their setup if done correctly. “You can do anything that you can with an AWP with a rifle,” EliGE said. “It’s not gonna be the same exact way, but there’s always a way around to make the end result the same.” C9 and FaZe sometimes do the same type of strategy in the meta, except a secondary AWP is given to a certain player based on in-game spawns or

In the grand scheme of the NA scene, Twistzz sees his team as the number one team to beat in the region. Compared to NRG’s slight improvements over time and C9’s recent struggles, Liquid are poised to be the top NA team for quite a while, assuming they maintain their strength on the CS:GO servers. They might not have done well at StarSeries the weekend before the ECS Finals, but Twistzz said that the team used the event as a “mental reset” from fatigue.

I still think we’re number one in North America -Twistzz

The team brought on Epitacio “TACO” de Melo from SK Gaming in April, and the transition apparently wasn’t too bad for Liquid as a whole. There was a slight learning curve for both TACO and the team, especially with communication and articulation, and now those issues aren’t too problematic for the two-time Major champion. In contrast, TACO’s previous team, SK Gaming, have recently adjusted to the switch to English from Portuguese because of their trialing of Jake “Stewie2k” Yip.

“TACO shared his experience [of being with SK Gaming] with us a lot,” Twistzz concluded. “He’s trying to teach us. Sometimes he doesn’t exactly put things in the correct way, so it kinda gets hard for us to process. But I think he’s had a huge impact on the team.”