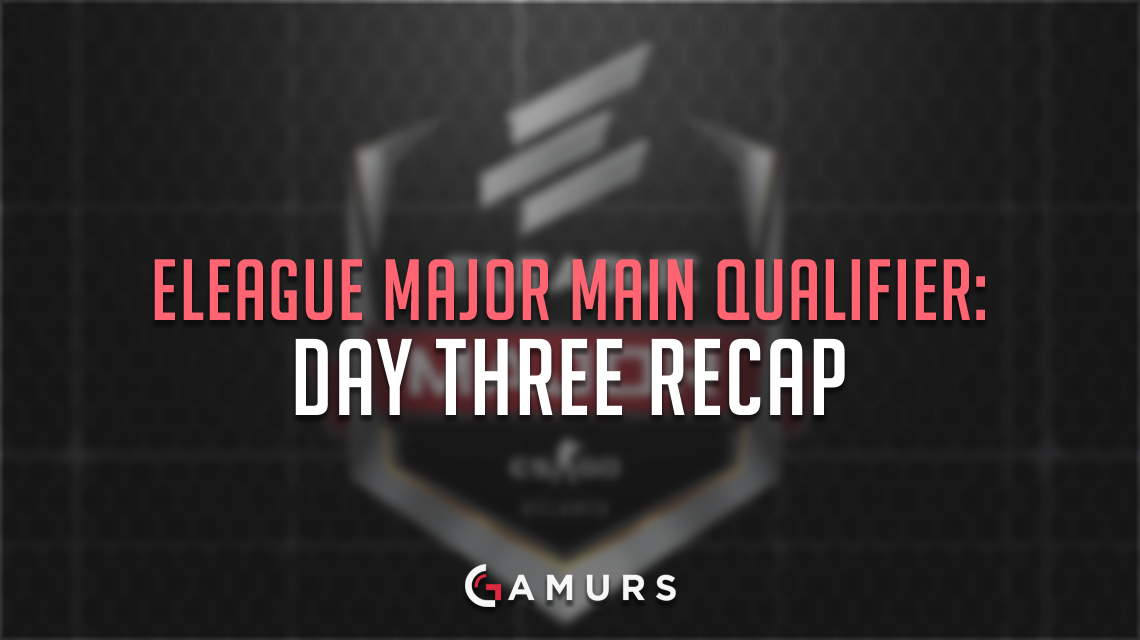 In today’s action of the ELEAGUE Major Qualifier, the two teams were able to qualify and two teams were eliminated from contention of playing in the Major. With another day of the tournament in the books, the action heated up with teams fighting for their major chances.

After today, only 12 teams remain to fight it out for six remaining spots in the Major. GODSENT and FaZe Clan were able to qualify today after going 3-0 in the tournament, both teams were favorites to advance going in. On the other side, Renegades and Team Spirit went home today empty-handed after both having a disappointing, but anticipated 0-3 run in the tournament.

Today, for the first time this weekend, had some truly standout performances, none more so than mousesports dominating what had looked to be a strong TyLoo team 16-3. Later on in an elimination match, Team EnVyUs decided they would live to fight another day and dispatched Team Spirit with a very impressive 16-2 victory.

In the most anticipated match of the day, OpTic Gaming avenged their loss yesterday to FaZe Clan with an impressive 16-9 victory over Ninjas in Pyjamas. The loss dropped the Swedes to 1-2 with an elimination match against Vega Squadron tomorrow while OpTic will face HellRaisers for a spot in the major.

What did you think of today’s Major Qualifier action? Let us know on our twitter @GAMURScom and be sure to follow us.