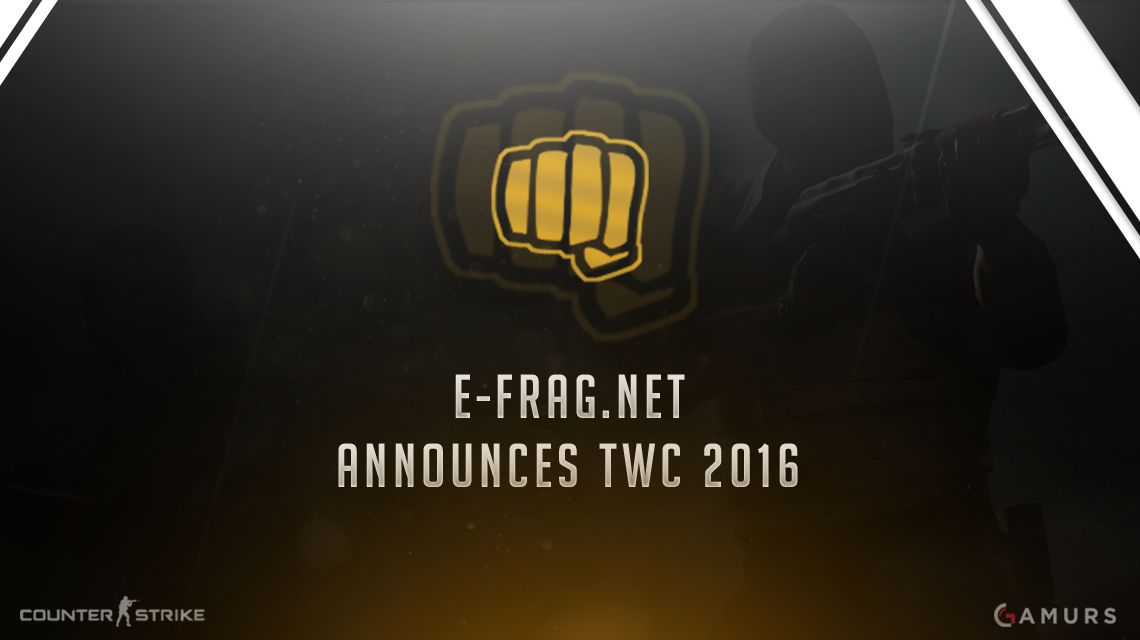 E-Frag.net, a Counter-Strike: Global Offensive coverage outlet, has announced the 2016 The World Championships that will be streamed on the site’s Azubu.tv channel with the finals in Belgrade, Serbia.

This will be the second year TWC will run and this time, 93 teams, up from 79 teams in 2015, from around the world will compete for the $100,000 prize pool. Teams will come from all regions, which include Europe, South America, North America, Asia, Africa and Oceania. This makes this event truly global in scale.

Regional qualifiers will go on until August and the top eight teams will proceed to the Global Finals that will run Oct. 12-16 in Serbia.

This opportunity is not just for teams to show their worth, but also for some players to show their coaching ability. Within the announcement post, E-Frag.net included the list of countries along with the coaches reponsible for recruiting teams. Some noteworthy coaches on the list are notable CS:GO players such as Nikola “NiKo“Kovač, Chris “chrisJ” De Jong and Ladislav “GuardiaN” Kovács.

E-Frag.net has partnered with Azubu.tv and FadeCase to bring this tournament to life. In the press release, the news outlet also stated it would be announcing more partners soon.

Aside from announcing the event, tournament and coaches, E-Frag.net also commented that the finals will be streamed from a “brand new world class studio.”

Which region is your favorite and which are you most excited to see talent from? Let us know in the comments or by tweeting us at @GAMURScom with the hashtag #twc2k16 to let E-Frag.net know, too. You can also keep up with esports news via our Twitter as well.