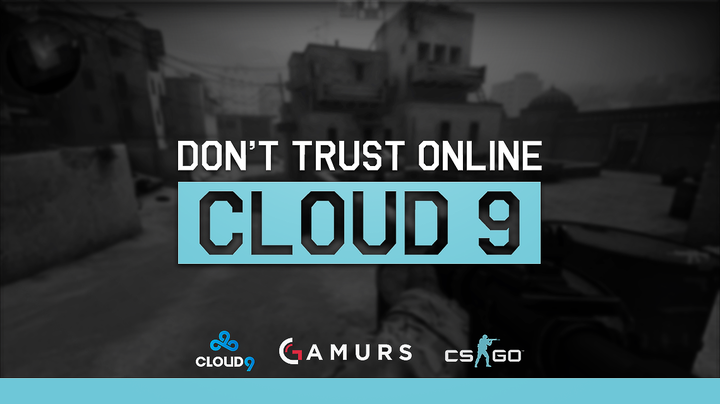 Last Sunday, Cloud9 defeated Team Liquid in the finals of the CyberPowerPC Summer Cup, an online tournament featuring some of the best North American teams and a modest $15,000 prize pool.

Cloud9 certainly deserves praise for the victory, but the ensuing hoopla felt overblown. Cloud9 has not put a single LAN result in 2016 remotely comparable to their triple runner-up run in late July 2015. And though Timothy “Autimatic” Ta is an upgrade as an individual player compared to the departing Alec “Slemmy” White, their apparent abandonment of a dedicated tactician, either an in-game leader or out of game coach, is equally concerning.  While it is still well within the realm of possibility that Cloud9 does well at this weekend’s Northern Arena 2016 – Toronto event, their most recent displays online should not be overinflated. Cloud9 has a history of performing well in inter-domestic online cups, winning the last three in 2016, but that has never translated into offline performance before.

Optimism aside, why should fans or commentators bother to bolster their hopes this time around?

Of the three online cups won by Cloud9 thus far this year, the iBUYPOWER Spring Invitational had the highest compendium of competitors, by far. Of the 10 teams in attendance, seven were some of the better North American teams, though teams like NRG and Splyce were noticeably absent, two were Brazilian powerhouses in Luminosity and Tempo Storm, while Australia’s own Renegades rounded out the competition.

The tournament ran from March 19 to March 20, just nine days before the start of the next Major, MLG Columbus. At that major, Luminosity would famously take the title and start their era of dominance and Team Liquid, who were somewhat hamstrung by eligibility restrictions, would make the semifinals, a first for a North American team since compLexity at DreamHack Winter 2013. But against all odds, it was the underperforming Cloud9 who would take this $16,000 cup.

By this point in March, Jake “Stewie2k” Yip had already started to find his footing as a player, but Cloud9 still seemed significantly diminished by the departure of their long time in-game leader Sean “[email protected]” Gares. With Jordan “n0thing” Gilbert in-game leading at their most recent event, the MLG Columbus Main Qualifier, Cloud9 notably struggled on T-side, winning only 22 rounds in 62 tries.

However, those troubles seemed to disappear online. In their first match, Cloud9 faced OpTic, who had not yet picked up their current starting player Oscar “mixwell” Cañellas, nor had they proven any international proficiency other than their run at the ELEAGUE Road to Vegas. Cloud9 swept the series 2-0.

In the following round, Cloud9 were greeted with a pleasant surprise, Selfless. In quite the unbelievable upset, the neophyte Selfless roster with their former star, Kenneth “koosta” Suen, defeated the soon-to-be world champions, Luminosity. To be fair, Selfless showed some stunning results online, leading to their qualification at a surprising number of LANs in the first half of 2016, but regardless, Cloud9 crushed Selfless in another 2-0 series, with Selfless picking up just eight rounds over the course of both maps.

C9 then met Liquid in the finals who, at this point, was still using both Koosta and Oleksandr “s1mple” Kostyliev in perhaps the most talent dense lineup ever seen in North America up until that point. Against Liquid, Cloud9 lost their own map pick, Dust 2 in overtime, but won the next two maps handily, 16-5, 16-7. Over the course of the series, Cloud9 won 33 T-rounds in 48 tries, a stunning percentage given their offline inefficiency.

But Cloud9 would not retain any semblance of this form once they reached the Major a few days later. In their first map versus Na’Vi, Cloud9 would lose 16-9 on train, but Na’Vi was still a very strong team at that time who would later make it all the way to the final, so the loss was certainly understandable. Their second elimination loss to G2, who were still months away from their peak form, was far more embarrassing. On Dust 2, one of Cloud9’s most preferred picks, C9 were crushed 3-16 after a disastrous 3-12 T-side.

After their disappointing showing at MLG Columbus, Ryan “fREAKAZOiD” Abadir would leave the team to eventually rejoin [email protected] on Echo Fox, leading Cloud9 to pick up the Without a Roof/Team Kaliber in-game leader, Slemmy. Over the next few months, Cloud9 looked noticeably improved tactically but the team struggled to find any deep tournament runs, and failed to qualify for a Major for the first time in the organization’s history.

Their last LAN before the iBUYPOWER Summer Invitational was the ECS finals in London. At first, their chances looked very promising. Cloud9 lost to Fnatic in a best-of-one leading to a best-of-three elimination match versus a recently revamped Astralis with Kjaerbye. In a rare display of offline dominance, Cloud9 swept the pedigree Danish team 2-0. Now, to make it out of the group, they only had to defeat Team SoloMid, a team led by a player Cloud9 cut almost a year and a half earlier. In another shocker, Cloud9 crumbled in a 2-0 defeat with Stewie2k looking especially off-form.

Possibly already on the outs as a five-man lineup, Cloud9 participated in the far less competitive iBUYPOWER Summer Invitational in July, which occurred shortly after the events of the major and a few weeks after the ECS finals. With the better Major-qualifying North American teams on break following Valve’s million dollar spectacle, the Summer Invitational only attracted Cloud9 and TSM from the upper end of the scene, meaning the tournament had to be filled by mid-to-low table teams in Selfless, Echo Fox, compLexity, Winterfox, Kaliber and Prospects.

Situated at opposite ends of the bracket, TSM and Cloud9 seemed destined to remake their ECS elimination match in the tournament finale. But it almost didn’t happen; TSM crushed while Cloud9 crawled. Against Prospects, who no one would argue is even a top-10 North American team, Cloud9 actually had to tough it out in overtime game two to take the series. Then versus Selfless, who were playing with an unknown Jacob “kaboose” MacDonald as a stand-in, Cloud9 went into triple overtime in map one and single overtime on map two before they barely edged out both games and took the series. TSM, on the other hand, comfortably moved through Team Kaliber and Echo Fox, averaging only 10 round losses per map on their undefeated run to the finals.

Despite these indicators, however, the ECS result would not be repeated. On Dust 2, Cloud9’s map pick, TSM were able to take it down to the wire before falling 16-14, but were crushed in turn on their own map pick, Train, 16-5. While Dust 2 had not been picked before, TSM and Cloud9 played Train in both the iBUYPOWER final and their ECS series. TSM won 16-11 on LAN, Cloud9 won 16-5 online.

Again, there seems to be dramatic disconnect between online and offline play.

Cloud9 have not played on LAN since the conclusion of the iBUYPOWER Summer Invitational, but they did choose to drop their newest member, Slemmy, to make room for TSM’s own lurker and small site player, Autimatic. The switch seems like a regression. C9 already tried to have a firepower-packed lineup at the beginning of the year, which didn’t work out and led to the pickup of Slemmy. The move certainly would have made sense if Slemmy were to be given tactical control of the team from a coaching position, but it was announced that Slemmy would be leaving the team entirely. Now apparently again without a proficient in-game leader, why wouldn’t they expect to run into the same problems on T-side?

However, with Stewie2k and n0thing taking up much of the in-game leading responsibilities, Cloud9 have actually looked great online. They have won all 12 maps played thus far in the ESL Pro League, while also winning the recent CyberPowerPC Summer Cup.

While not as stacked as the Spring iBUYPOWER Invitational, the CyberPowerPC Cup did field some of the best North American squads, in addition to Brazil’s Immortals and the new Luminosity team, who formerly competed as WinOut.

In the first round, Cloud9 played one of the weakest teams in the tournament, NRG, who they easily defeated. In the second, they played against the presumed tournament favorites in Immortals, but it was again a clean 2-0 sweep. To take the cup, Cloud9 had to best the newest highly-talented reconfiguration of Team Liquid with Josh “jdm64“ Marzano and Jacob “Pimp” Winneche, but again, for the third time in a row and for the third online tournament in a row, Cloud9 could not be stopped. They won both games by a wide 16-7 margin.

Cloud9 seems consistently able to win online tournaments, winning the past three cups over a period of six months. However, Cloud9’s results at these first two online tournaments appear highly uncorrelated to how they performed at LANs during that time. Considering both trends, the highly bullish air suddenly surrounding Cloud9 seems more than a little premature.

Looking into the immediate future, consider that observable trends or patterns, no matter the length or duration, will not necessarily continue into perpetuity. This dominating online performance does not have to be matched by a disappointing LAN result, in the form of next weekend’s Northern Arena, but still, we shouldn’t ignore underlying trajectory.

Before anyone calls the most recent edition of Cloud9 the greatest ever, perhaps wait a week and see if their most recent online snapshot resembles their actual appearance on LAN.