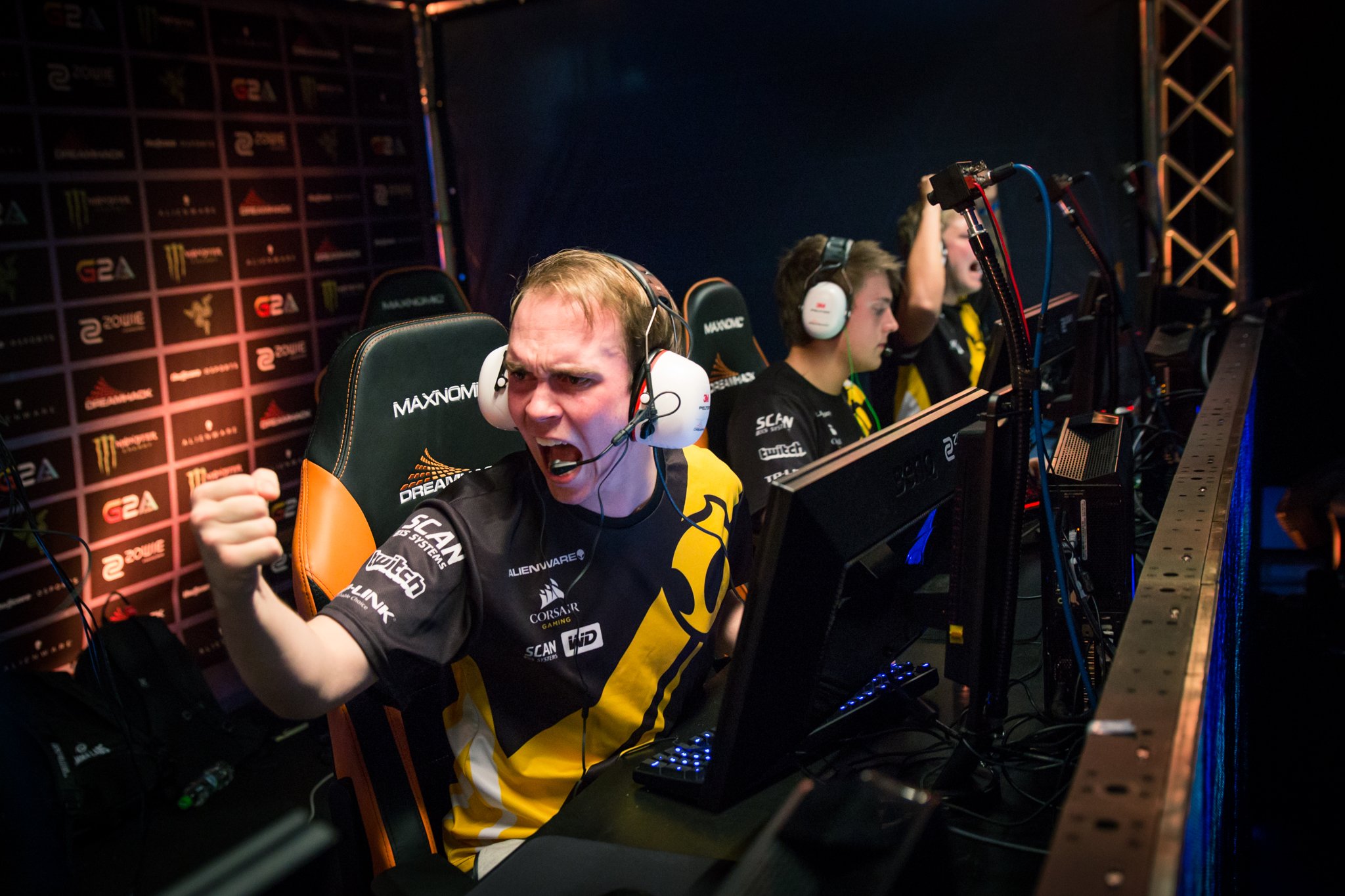 The CS:GO community loves debating roster moves. Whether it’s a typo-ridden back-and-forth between two fans on the third page of a forum or well structured debates on analyst desks, a roster change can instantly make any team or player the focal point of discussion.

These roster moves, however, are often remembered for their success—or shock value. That’s only natural, of course. Tacio “TACO” Pessoa and Lincoln “fnx” Lau to Luminosity Gaming was sudden, unexpected to the public, and made the Brazilians the best in the world. As such, they’re the points we fixate on. But reframing how we look at roster moves away from just results and shock value can generate new areas of discussion around an often trampled-upon topic.

Specifically, we can change from looking at the simple act of “trading” players, into evaluating player swaps as individual investments into the team. No longer is it about just the exchange of players, but a conflict between two parties, with one trying to become the more “intelligent investor.”

The term was famously coined by investor and economist Benjamin Graham in his book The Intelligent Investor, in which he describes the intelligent investor as one who “buys from the pessimist and sells to the optimist.” For a real world example: Buying shares from the anxious crowd when the stock market is at a low, and then selling these same shares at a high when the market is more stable and buyers are more confident.

It is the reframing of roster moves around this idea that shows which figures in CS:GO are the most intelligent investors.

Of all the teams in Europe, the Dignitas/North roster led from the front by MSL possibly boasts the longest list of intelligent investments over the course of just one leadership. The first move we can attribute to MSL is the removal of Jacob ‘Pimp’ Wellenche, the unfortunate departure of Philip “Aizy” Aistrup, and the addition of Ruben “RUBINO” Villarroel and Kristian “k0nfig” Wienecke to replace them.

Pimp was, and still is, a good player. Fundamentally, his mechanics are solid, he has a selfless style, and he moves intelligently. The last thing Dignitas needed in that lineup, however, was just a solid support player. With Aizy on his way out, the only clear star was Kjaerbye, who, while talented, struggled to maintain a star-like consistency from tournament to tournament. This essentially would’ve left the second-star role to Pimp—a playstyle he even struggled to manage in his prime on Western Wolves behind Nico.

As such, MSL essentially “sold” Pimp to the optimistic North American market where he would eventually join (and struggle with) Liquid. At the same time, he “bought” a rising, undervalued potential star in k0nfig and the more-or-less forgotten Norwegian lurker RUBINO.

The move yielded a solid return in results, with k0nfig able to fill in any gaps Kjaerbye had in star performances, and the other three filling solid utility roles in MSL’s strong system.

The intelligent investments don’t end there, however. MSL once again sold to the optimists and bought from the pessimist, giving Kjaerbye to and taking Cajunb from Astralis and, shortly after, picking up Emil “Magiskb0y” Reif from SK Gaming to swap for the ever-underwhelming Jesper “tenzki” Mikalski.

Now with the completely reformed line-up of k0nfig, Cajunb, RUBINO, magiskb0y, and, of course, MSL himself, Dignitas/North won their first event, came very close to being the best team in the world, and helped shape the CT side meta of multiple maps.

Magisk would blossom into a star alongside k0nfig while René ‘Cajunb’ Borg fulfilled his standard third-star role—similar to his time on TSM/Astralis. In the long-term, he also bought back Aizy, swapping him out for RUBINO, and creating one of the most stacked, dark horse lineups in the world.

No other leader can boast such a long list of consistently successful and intelligent moves. This can also be pinned on the fact the Danish scene is far-and-away the most talented and stacked scenes in the world, giving investors like MSL a much larger pool of talent to work with.

While MSL has the lion’s share of talented young aimers with domestic LAN experience to pick from, Gabriel “FalleN” Taledo had to literally build himself a pool of talent to pick from. FalleN is similar to MSL in the sense that he started with an original lineup, and changed almost every player in the side to eventually win tournaments.

The majority of these moves are simple swaps between the sister side, and second best team in Brazil, Immortals (formerly Games Academy and Tempo Storm). The first series of intelligent investments FalleN made were concerned with jettisoning tried-and-tested underperformers like Caio “zqk” Fonseca, Lucas “steel” Lopes, and Ricardo “boltz” Prass.

Interestingly, boltz would become the second star of the Tempo Storm and Immortals line-up, but his passive, late-round clutching style did not fit the more aggressive T side calling of FalleN’s Luminosity, especially on maps like Mirage.

FalleN doesn’t neatly fit into our model of selling to the optimist and buying from the pessimist because he had nowhere else to go. He is an intelligent investor in the sense that he literally had to invest his own money into creating of a sister team to farm talent. This initial intelligent investment has led to essentially a monopoly over the scene’s elite talent, from which he can pick and choose.

Starting out with a mix of young talent with looming potential, the Echo Fox lineup eventually became the final resting point for a series of poor investments. Ostensibly, as an outsider looking in, the separate additions of Shazeb “Shazam” Khan, Daniel “Roca” Gustaferri, and Ryan “Freakazoid” Abadir, over a short space of time resulted in the eventual implosion and failing of the Echo Fox team.

All three of these players had a period of time where they were a hyped talent and could’ve slotted onto any NA team. Around the time of joining Echo Fox, however, all of their stock values as actual players were grossly inflated by their large personal brands or bundles of false promise.

This has seen sgares acquire a stable of recognizable names—and for sums of money relatively large to the NA market—but without the clear cohesion and balance of roles required for a successful time domestically, let alone internationally.

Sgares became the misled optimist on three separate occasions, creating one of the worst NA team experiments in history, especially considering the level of names and budgets involved.

Whether it be in the success seen in the moves made by MSL/FalleN, or the failings of Sgare’s Echo Fox roster, it’s clear that the intelligent CS:GO investor must also be an expert navigator of the political and social landscape behind the moves as well. At the top level of play, it’s not enough to simply have a keen eye for players that can balance positionally in a team.

MSL successfully navigated through a scene ripe with rising talent and took the correct gambles and moves that—in the long term—essentially has created a Danish dream team with the players outside of Astralis. This is in stark contrast to Sgares, who simply started with young names full of potential, and jettisoned them in favor of a team with familiar, underperforming faces.

FalleN navigated through his scene by essentially creating and monopolising all the major talent in the region so he controlled the movement of all the necessary players.

This way of looking at moves can become especially important when the public is given more information about behind-the-scenes politics and are able to better appreciate just how complex some of these seemingly 1:1 trades are.

Historical hindsight, however, is both free and publicly available. So by knowing the historical context at the time and following results, we can expand our scope beyond MSL, FalleN and Sgares, and begin to appreciate some of the scenes’s traditionally overlooked leaders—even if they can’t boast the same level of international success as the examples above.