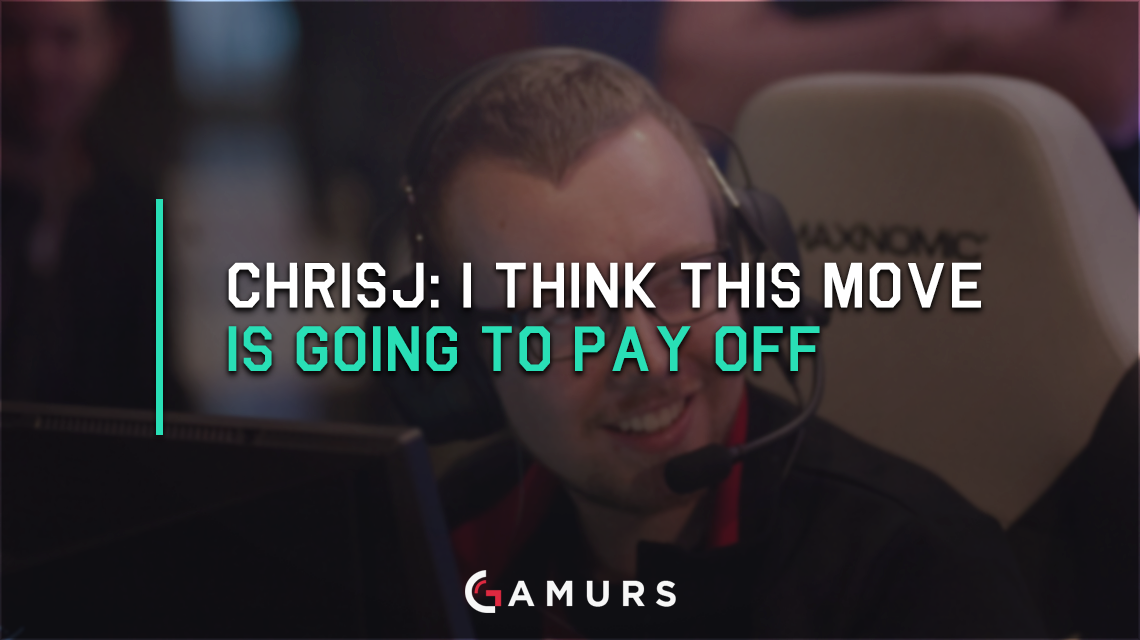 Yesterday, myself and Connor Bradley had the pleasure of attending the Gfinity Invitational event held at EGX 2016. Sadly, we could only attend on Sunday, where we were treated to three excellent maps played out between Team EnVyUs and mousesports in the best-of-five grand final. After the final, which Team EnVyUs managed to win with three heavily contested maps, we managed to talk quickly with Chris “chrisJ” De Jong of mousesports. Here’s what he had to say to our questions.

You’ve had an amazing performance over the last couple of days. Against GODSENT, you were the standout player in my opinion, and today again, you also had a really good performance. Has something changed in the way you prepare for matches or has oskar coming in helped you play more loose or something?

Okay, so you’ve got oskar now on the lineup, coming from HellRaisers where he was a very good AWPer on that team. As a whole, I believe Mousesports could definitely be in the top-five. Do you think that maybe in three to four months time, you can be in that top echelon?

chrisJ: For sure, it’s our goal to reach that kind of level and I think with oskar we are showing improvement. Right now, losing to EnVyUs, it’s not going as well as we wanted, but we’re still a fresh lineup, so I think in a few months, you’re going to see us close to the top.

As well as the lineup change with Oskar coming in, you also removed your coach, kassad. Can I ask you what caused that?

chrisJ: We felt like he helped our team for sure, but with some players, he didn’t click that well and he didn’t help them as well as perhaps another coach would. oskar worked before with lmbt in HellRaisers, who’s coaching us now, and he convinced us to try with him, and right now, I feel like he’s doing a good job. It’s also going to take some time with him to get adjusted to the team, but I think this move is going to pay off.

So you’ve been shifted off of primary AWPer, and you were performing really well with the rifle in that game. Myself and Connor noticed you were picking up some nice clutches and kills. Do you think your future is as a rifle player, or do you want to go back to the AWP eventually?

chrisJ: I mean, I like to play with the AWP and I like to play rifle. For me, they’re both fine. I do what’s best for the team and if the team needs me more as a rifler, I’ll keep doing that.

I’d like to thank both chrisJ for speaking with us, and the Gfinity staff, who not only helped us at the event but also put on an awesome and very enjoyable show. Stay tuned to @GAMURScom for more interviews and the best esports news and opinions.