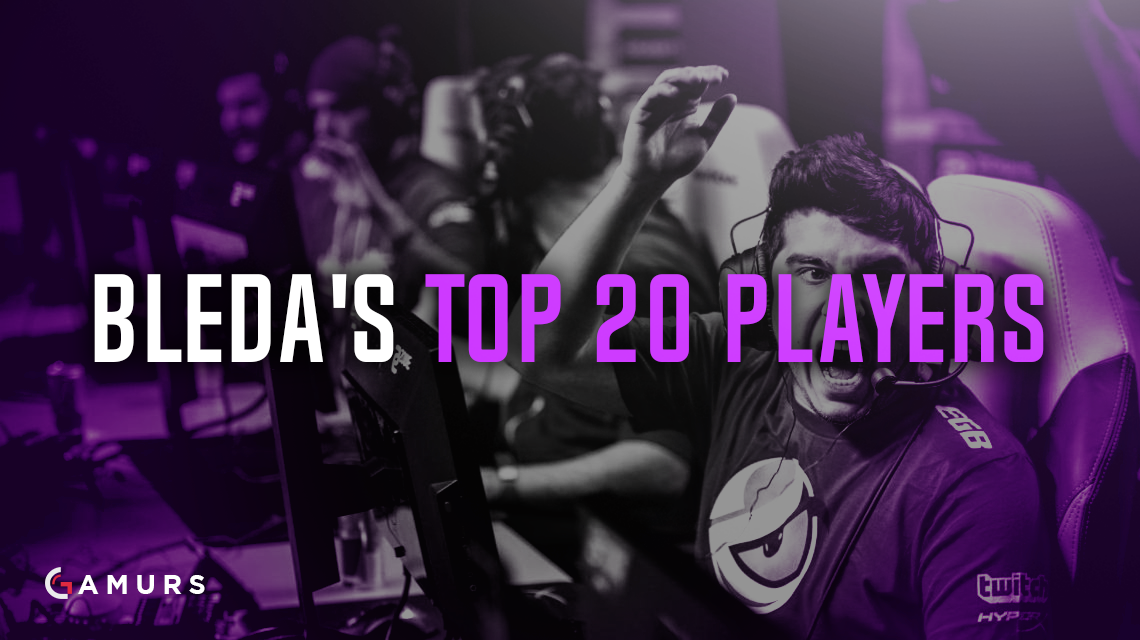 As the HLTV rankings were coming out, I often found myself disagreeing on the placement of certain players. If this isn’t really SK’s era, rather an era of parity, do four of their players deserve being on this list and getting ranked as highly as they did? I have to say no, and here, I provide an alternative. In the absence of a top-10 list, I will also be providing an article on that later this week.

Known for his fantastic playing and AWP highlight on Mirage, which warranted the very first graffiti in the game, coldzera was the best player of 2016. In the first half of the year, dev1ce, s1mple, and NiKo were debated choices as well. Since s1mple and NiKo have fallen off after the ELEAGUE Season 1 playoffs, they were taken out of the running. It was hard to choose coldzera over dev1ce, but in light of SK and Luminosity’s many spectacular performances compared to Astralis, I must give the number one spot to coldzera.

When no one could provide a direction or playmaking on Astralis, when the team went through its hardships, dev1ce was always playing at his peak level. In 2016, he even proved that he has gotten over the pressure of playing in finals by putting up much-needed numbers and winning ECS Season 2. On top of that, dev1ce was able to lead Astralis to the quarterfinals of ESL One Cologne 2016, even in light of dupreeh’s appendicitis, which required zonic to play as a stand-in.

If s1mple were to start and finish the year better, he would have a higher spot on this list. s1mple’s failure at the beginning of the year is easily noted by his crying in an interview at the major qualifier, saying that his team carried him, which was true. On a team that eventually became known as s1mple’s team, it is an important fact to set straight that the majors cannot be counted as a s1mple solo carry performance, especially with adreN being a contributing factor to their run as well. Later on in the year, Na’Vi’s participation in LANs died down and they appeared in fewer playoff games.

People view Virtus.pro’s teamwork as the real shocker, which certainly is the case, but individuals who come out of the framework to carry key games on Virtus.pro have always caught my eye. Since Snax has done this on a shockingly frequent basis when Virtus.pro’s backs have been up against the wall, I must grant him a spot in the top five. He is so clutch, both in crucial rounds and series.

FalleN has mostly been talked about for his in-game leading, but he has more to offer. In light of fans incorrectly crediting coldzera as the primary AWPer because of his highlight clip, I must provide this explanation. FalleN is the number one AWPer on SK and in the world. If kennyS had a better structure to support him and if GuardiaN did not injure his wrist, the discussion would probably be different. Without those players AWPing, and with dev1ce and s1mple only picking the AWP when needed, FalleN must be selected as the best AWPer of 2016. He is so fast and has such an incredible consistency to it. That said, I still believe that he has been a bit overrated in terms of tangible, in-game, contributions.

At the beginning of 2016 and the end of 2015, people started taking note of dennis. He was a vitally important part of Fnatic’s six tournament win streak. Even after olofmeister’s absence, Fnatic was able to earn respectable results. But since fans were accustomed to Fnatic winning everything, I believe they have unjustly underrated amazing players like dennis. He had to go through two changes this year, which limited the amount that he could show his play off to the world.

shox is one of those players that people either love or hate, which is why there can be some confusion around where he belongs on a ranking list. One group of fans argues for why he is so good, and those who oppose them argue even harder, leading to a vicious cycle of over and underrating the player. After fans thought he was never going to play top Counter-Strike again, shox molded a team of his own and made the questionable decision to kick Ex6teNz. shox still has the chops to play at the highest level and to be featured on the next French superteam. I have shox below dennis because shox had everything going for him, while dennis was playing mostly in chaos. shox called tactics for him personally to succeed and there were other people who did supremely well on G2, which had the effect of making shox look good too.

NiKo is a lot like shox; people love him or hate him, over or underrate him. The big difference is in what kind of teams they are on. NiKo is on a team full of weak German players, and shox has a bunch of good people who speak his language, both literally and in terms of how the game should be played. NiKo took over a team captain role when kassad was with the team, and after kassad was kicked, NiKo became the caller. This had the effect of NiKo putting other players, like loWel, in important positions. On a team where NiKo has to be in peak form every game, the drop caused by calling was detrimental and can no longer occur in order for NiKo and mouz to play in playoff series. If he had done his own thing and played for himself, he would no doubt be ranked higher on this list.

Kicking Pimp out of Dignitas seemed like a detrimental move to Dignitas, but they got a bit better and aizy became a star. After aizy left, Kjaerbye became a star on Dignitas that outshined aizy on FaZe. Kjaerbye eventually was recruited to Astralis, and initially, nothing had changed because karrigan was unable to incorporate him properly. Since gla1ve has taken over the leadership of Astralis, Kjaerbye has found his niche and proved why he is such a good player.

flusha really earned his spot in the top 10 when olofmeister was on the bench and during his tenure on GODSENT. flusha has been the player who goes off when he has to. Seeing as Fnatic and GODSENT have been in shambles for the majority of 2016, flusha had many opportunities to bring a consistent performance surrounded by chaos. On top of that, flusha took part in the record-breaking Fnatic win streak.

ScreaM has really just been one big meme, but that’s not why he is on my list. No, his revival this year completely warrants his spot on this list. He may say funny things like how we know him for his one-taps, but time and time again, he actually does it. ScreaM’s playstyle is perhaps the sickest kind to watch in Counter-Strike, and his dedication to it is quite admirable, considering his blossoming in 2016.

f0rest was the one ninja who hasn’t disappeared this year. In 2016, GeT_RiGhT didn’t always show up, pyth had been gone a lot, and friberg and Xist have never been the same caliber players. It’s quite enjoyable seeing that the old dogs still have the drive to play and disprove community misconceptions.

Before GuardiaN injured his wrist, flamie was right there behind him on the scoreboard, sometimes exceeding him, and was necessary for Na’Vi to be the best team behind Fnatic. Without flamie, Na’Vi would have lost to Luminosity and Astralis at the two tournaments that Na’Vi attended but Fnatic hadn’t. After the MLG Major, flamie, at times, was the only hope for Na’Vi. Second at Dreamhack Masters Malmö, with only a week of practice with starix, and at Starladder i-League Invitational #1 were primarily the product of flamie’s in-game talent. After s1mple joined, flamie has been a very consistent, often second best player on Na’Vi.

To replace Kjaerbye, MSL recruited Magiskb0y, a young player thought to be pretty good, playing for SK’s Danish team. Fairly soon after that team was dropped, Magiskb0y joined Dignitas. His play on SK and Team X is not really anything to rave about, but on Dignitas, he was a man. Magiskb0y is also the sort of player to innovate in order to win, as seen by his use of the SG553 and other oddball things. I expect that he will be even higher on this list next year.

One of the things that I didn’t like about the HLTV list is that they didn’t feature any Americans this year, even though North America showed so much improvement. You’d think that if they could put Skadoodle on the list for 2015, that Stewie2K or mixwell would at least show up on the list in 2016. Leading C9 in-game, winning NA’s first international tournament in ages, and being an out-of-nowhere pickup that did so well individually is absolutely reason enough for him to be considered a top 20 player in my book. Admittedly, the ESL tournament win wasn’t so stacked, nor was it Stewie2K’s MVP tournament, but his other showings throughout the year qualify him for this spot on the list.

Similar to Stewie2K, I was surprised that felps wasn’t on HLTV’s list. Particularly, at the end of the year, he has been a major player on Immortals. At iBUYPOWER Masters, felps was by far the most important player on his team. These types of tournaments for felps haven’t only occurred in the last portion of the year, but felps was an important factor in why Tempo Storm beat Virtus.pro and won CEVO Gfinity Pro-League Season 9 Finals.

A lot of kennyS fans are probably asking why he is so low on this list. I put him here because he didn’t really do much at the beginning of the year, but since he ended the year as one of the only carries on EnVyUs, I have to say he earns a spot on this list. If he had a better structure around him, he would have probably placed higher, but since this list is based on what is shown in the server, not what could or should have been shown, he has to be placed rather low on this list.

With how he finished the year and how he returned as a professional player, a lot of people are probably wondering how olofmeister made it onto this list. The reason why I placed him at this spot is that he played extremely well at the beginning and returned to form for the ELEAGUE playoffs. It was really unfortunate that he injured his wrist and is probably going to be permanently handicapped by it, especially since he didn’t take a break when it was beginning to manifest itself.

Though I was able to put olofmeister on this list quite easily, I was having much more difficulty with determining whether GuardiaN had done enough this year to warrant a spot. GuardiaN’s somewhat underwhelming play after the MLG Major really disappointed me in the current field of AWPers. But after that godlike performance in the ESL One New York finals, GuardiaN makes it in for such clutch play.

mixwell might seem like an odd person to put on this list, especially because his teammates RUSH and NAF outshined him at the very end of the year. mixwell was OpTic’s one saving grace after being recruited and also was instrumental in OpTic’s initial high tournament placings. I think that he has made his case for being on this list.

Do you disagree with these rankings? How would you rank the players of 2016 instead? Let us know in the comment section or on Twitter @GAMURScom.