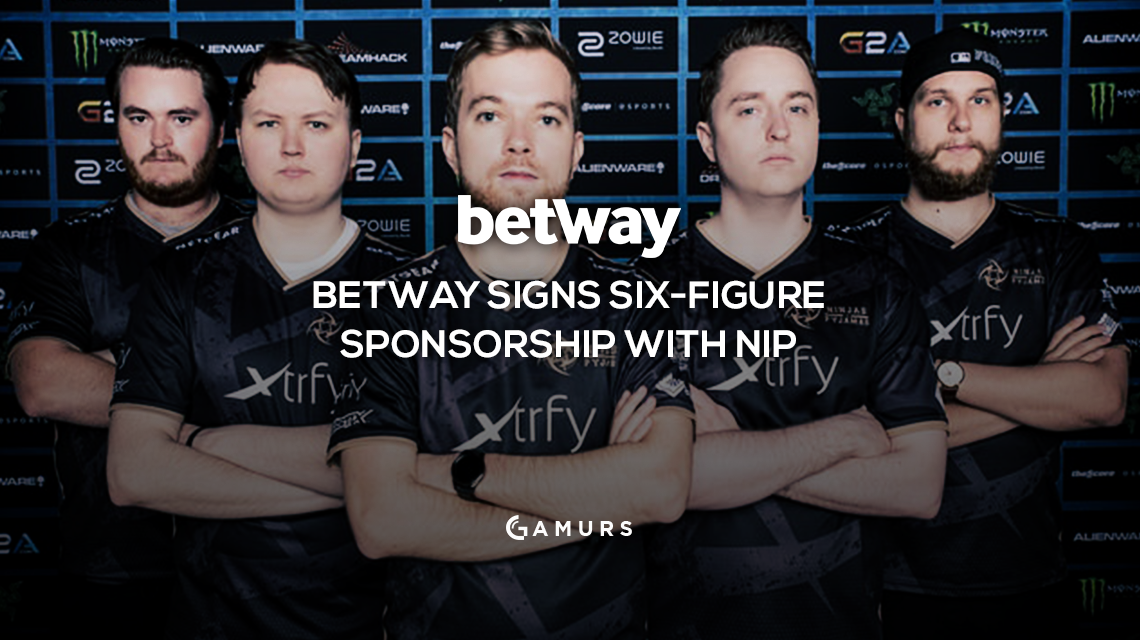 Ninjas in Pyjamas has become the first team to sign a big sponsorship with UK bookmaker Betway. The deal is reportedly a six-figure sponsorship which gives Betway some serious rights in regards to the team.

The NiP roster will now be seen wearing Betway-branded gear in all press photos, and at the same time, Betway will get full content usage rights to branding at the team’s gaming house, as well as full access to the team’s players.

NiP went through some major infrastructure changes last year when they replaced their chief executive Per Lilliefelth with board chairman Hicham Chahine after Lilliefelth was accused of having failed to pay an estimated $340,000 in prize money and in-game sticker sales to the NiP players.

After the changes, the Ninjas in Pyjamas boys were back on their feet, winning several events, including the recent StarSeries Season 2 finals in September.

Betway’s Anthony Werkman said the following in a statement:

“As sponsors of West Ham United of the Premier League in England, we constantly engage with supporters to give them insight into the club they wouldn’t get anywhere else. It’s with these ideals, values and mission in mind that we partnered with NiP. They have a huge fan base all over the world and we are tremendously excited to provide exclusive, behind the scenes content on a regular basis as we follow the team’s quest to be the best.”

Do you think that this was a good or bad move by NiP? Let us know by commenting below or tweeting us @GAMURScom.