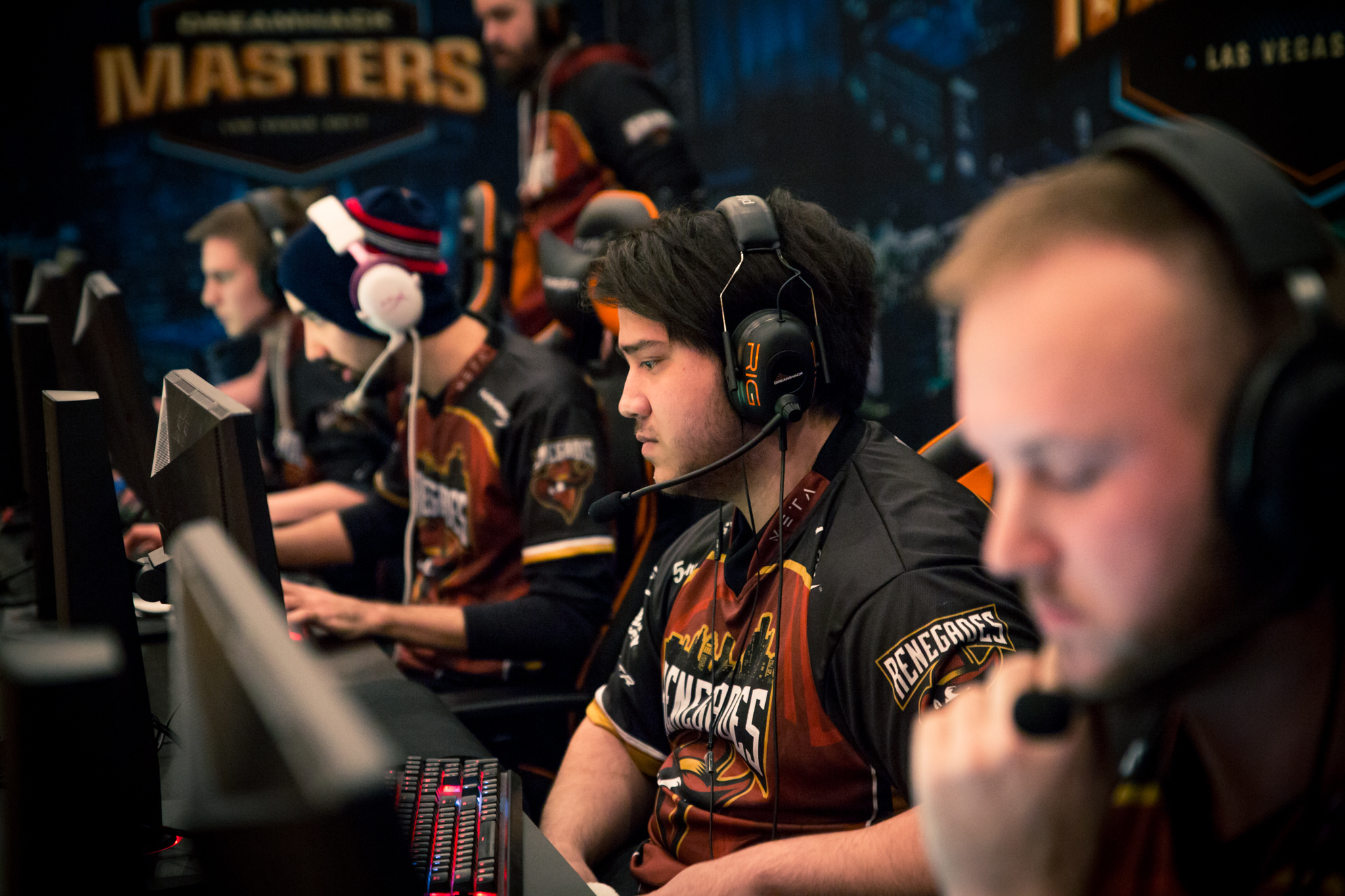 Renegades have long been the inseparable faces of Australian CS:GO. They’re the first, and still to this day, one of the few, Australian teams to be salaried with an organization and have an abundance of opportunity to play overseas.

With the once half-empty LAN halls of plastic chairs being replaced by a legitimate stadium full of screaming fans, IEM Sydney could have been their triumphant return to a scene that they have long grown out of.

Renegades didn’t get to live out this fairytale narrative though, being handily beaten in the group stage by FaZe and Astralis, and then being upset by the home-grown Australian side Chiefs ESC.

Entry-fragger Aaron “AZR” Ward spoke to Dot Esports about the team’s performance at IEM and how the Australian scene now looks from his perspective on Renegades.

The leadership situation with this new-look Renegades is the main storyline around the team right now. Did you want to let nexa build the team around his idea of the game, or was it more of wanting nexa’s calling to fit around what the team wanted?

I think it was more so nexa around us, because we were already so confident with what our gamestyle was, especially with Alex as our coach, who is Serbian also, he already knew what to do, so he’s working with nexa all the time to base him around us.

How quickly has nexa been developing as a leader under Kassad’s leadership, especially given that he came in so raw?

I don’t think he’s ever been an in-game leader before, so it’s definitely a big change for him, especially because he’s Serbian, he’s not fluent, he’s got good English, but it’s not fluent, so it takes longer for him to process decisions in his mind and stuff like that. So, at the moment a big thing for us is just to increase out communication and that’s been going well so far.

What was the mood of the team when you knew this young Serbian kid who had never IGL’d before would be the leader of the team? That has to be a tough proposition to look at right?

Yeah definitely, not going to lie, we were definitely a bit iffy about it. We watched demos on him and stuff like that to see what his playstyle was like. But so-far, it’s been pretty good and he’s adapted very well.

So how would you define your playstyle now versus the pre-Renegades squad? Has he made a major impact from the team’s perspective?

It’s still a little bit hard to say because we still haven’t had much time or found our niche, you could say. But I think before we were a lot more aggressive, but now with Alex [Kassad] being in our team we are playing a lot more methodical and taking areas for passive compared to what we used to.

Your three favorite maps also happen to be the better maps of the elite teams such as SK, Astralis, and FaZe. Does that play a factor into looking at the Renegades current veto, and changes to the veto in the future?

Yeah definitely, it feels like ever since we just picked up nexa and nifty, our map pool has just definitely not been the strongest right now because we just haven’t been able to practice everything. So, it’s been a bit rough with the maps, like, we’ve only had maybe three or four maps we’ve been able to practice as hard on as possible. But we plan to improve on everything else.

So what is the team’s philosophy in approaching the veto? Do you want to pick the three maps other teams aren’t strong on, or choose maps that are more suited to your own team’s strengths?

We, at least I want to, and I’m assuming everyone else wants to play towards our strengths but at the moment we just need to make our map pool bigger.

It feels, especially as the entry on T-side, you can just sit down and drop 30 one game and go missing the next. Has that been a factor of your own mentality, the leadership struggles of the team, or something else?

Yeah, it’s definitely been a rough few months for the roster and we haven’t had the best mentality going into these games and stuff. But I think that also, like you said, it can be a factor of my role as the entry-fragger. Like, if I’m on fire I can be so impactful, but if I’m against a good team, I might only get one trade frag or something.

Watching you guys play early on in the Swiss group, it was pretty clear there was some hesitancy and miscommunication in your calls, especially on T-side. Is that just the growing pains of a new roster?

Yeah for sure, it was just our first LAN together as five, and yeah, it really showed, especially without having our coach being able to talk frequently, it really affected our communication a lot. We were making so many mistakes, it was real bad, some real amateur stuff. We just gotta keep working on it.

What was it like trying to find Chiefs’ tendencies and seeing their style in a scene that you haven’t been in for so long?

Does it feel to you that the Australian scene is stronger than what it was when you were around domestically?

It’s really hard to say because we haven’t played against anyone really. I guess it really has been this one game against Chiefs and that has been the last time we’ve played an Australian team for like a year. So, it’s very hard to say.

Where do you think the scene sits on an international scale?

I think that the Australian scene is still lacking a bit, it’s more so towards the lower part of NA, but I think we [laughs] I think they are getting better.

It’s crazy, to see this in Australia. When we left, we were playing events where we would only have like 50 people come in.

Yeah exactly, it was like nothing. Now to see this stage with thousands of people, and they’re just cheering like this and seeing this game bring in so many different types of people it’s great to see.