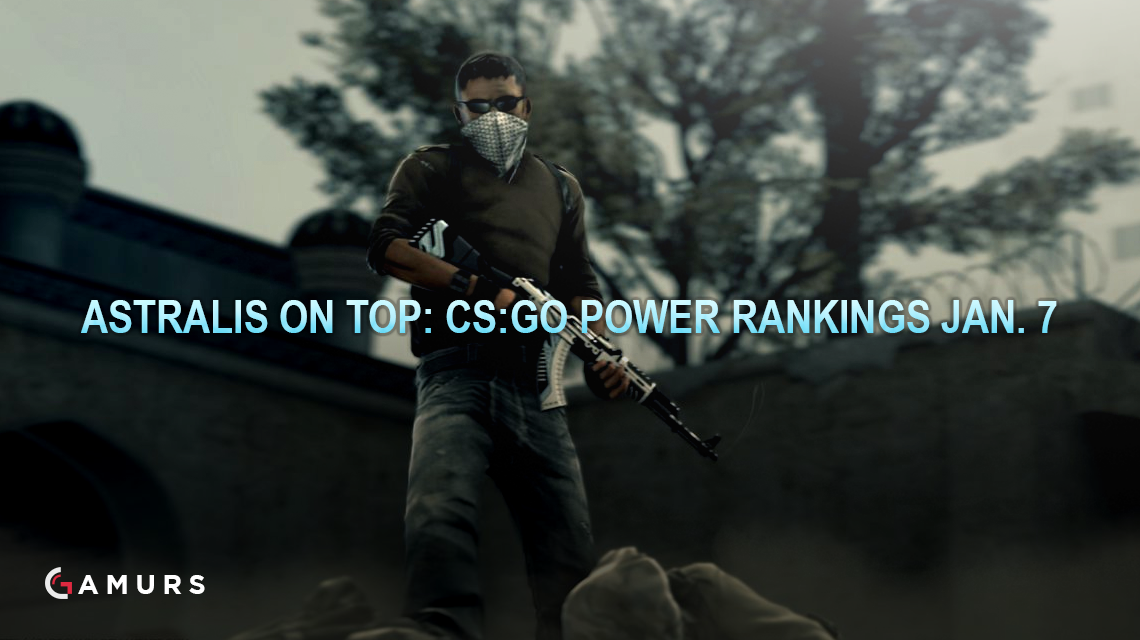 The staff at GAMURS recently decided to come up with a way to determine the top-10 teams in Counter-Strike: Global Offensive. An anonymous survey was sent out to the GAMURS CS:GO writing staff and six of the top CS:GO writers responded with their power rankings.

All in all, 13 teams received votes in this poll and helped to narrow down the top teams in CS:GO going into this month’s ELEAGUE Major.

Full results from the GAMURS CS:GO Power Rankings are as follows:

Astralis leading the way in the power rankings is no shock, as the Danes have been on fire as of late. Earning a championship in December at the ECS Series Season 2 finals with a 2-0 win over OpTic Gaming, the team further solidified their spot as one of the best teams in the world. That came after an impressive second place finish, losing to OpTic 2-1, in the ELEAGUE Season 2 Finals, and a third place finish in the Intel Extreme Masters tournament. With a hot streak as of late, Astralis will look to take home their first major championship later this month in Atlanta.

OpTic Gaming has no doubt been the hottest team in Counter-Strike as of late and their success has translated to their ranking. Despite being from a historically weaker region in North America, OpTic has achieved mass success lately. They took home the ELEAGUE Season 2 final, another championship at Northern Arena, and a second place finish at the ECS Series Season 2 tournament, which has shown how strong this team is. Boosted by the addition of Tarik “Tarik” Celik, OpTic has really come together recently and will look to place well in only their second major championship appearance.

SK Gaming, after winning the past two major championships, seems to have hit a bit of a post-major drag. With Ricardo “Fox” Pacheco standing-in for the major and qualifiers for Lincoln “fnx” Lau, the team seems to have lost a lot of their trademark chemistry and has struggled as a result of it. However, their struggles are relative, because after winning consistently over the summer, their results have “dropped” to top-four finishes at ELEAGUE Season 2, the ECS Series Season 2 Finals, and second place finishes at IEM Oakland and the ESL Pro League Season 4 Finals. The slightly lower finishes by no means show they are not a top team, but are just a bit off of their summer peak. SK will look to get back to their winning ways, even with a stand-in, and take their record third straight major championship.

Another notable surprise from the rankings is the addition of Cloud9, a team that recently failed to qualify for a major for the second straight time. Although they had a streak of strong play, including winning the ESL Season 4 Pro League, they lost to FaZe Clan, TyLoo, and HellRaisers at the ELEAGUE Major Offline Qualifier, and by doing so, failed to qualify.

On top of Cloud9, another team that failed to qualify at the major qualifier but was ranked in our power rankings was Immortals, a very technically strong Brazilian team that has yet to qualify for a major. The team lost to G2 Esports in an overtime play-in-match to, once again, fail to qualify. Despite that, they still held the 10th place ranking in this poll.

Some notable teams left out of the power rankings were perennial heavyweights Ninjas in Pyjamas, the strong Swedish squad GODSENT, and ESL One Cologne finalist Team Liquid.

What do you think of our staff’s power rankings? Is there anything you would change? Let us know by commenting below or tweeting us @GAMURScom.