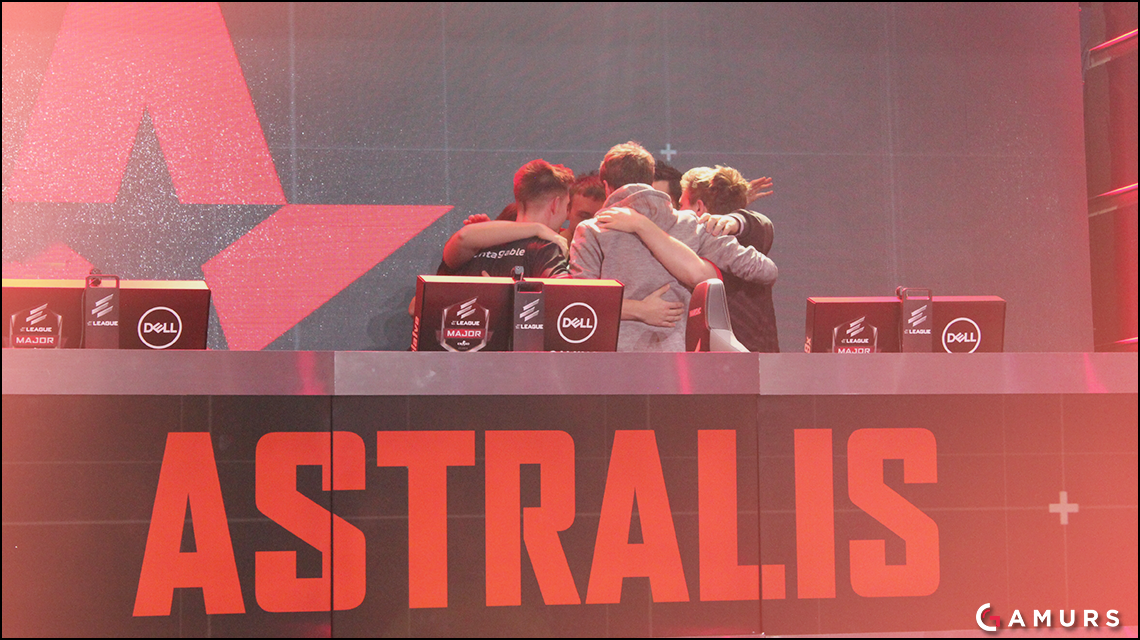 The first semifinal of the ELEAGUE Major began with a suprising veto process between Astralis and Fnatic (courtesy of HLTV.org):

1. fnatic removed Overpass
2. Astralis removed Cobblestone
3. fnatic picked Cache
4. Astralis picked Nuke
5. fnatic removed Train
6. Astralis removed Mirage
7. Dust2 was left over
Not many expected Astralis to pick Nuke, so Fnatic thought an Overpass ban would be intelligent; however, Astralis continued to suprise by picking into a map they have only played once with gla1ve – where they triumphed over Virtus.Pro 16-11, despite VP being considered one of the best Train teams in the world.

A fast B rush from Fnatic allowed them to overwhelm gla1ve, who was holding solo. Unfortunately for Astralis, this meant that they were completely locked out of the retake, and Fnatic handedly took the pistol, not dropping a single player. Astralis, not to be counted out, immediately answered back with a force buy. Xyp9x, known to be a solid A site defender, did just that – picking up three kills for himself as the rest of his team rotated to assist. Astralis picked up two more rounds before Fnatic replied back with one of their own, but were immediately reset thanks to a solid B site hold by gla1ve. Once again Astralis picked up two more rounds, but Fnatic now answered back with four of their own, thanks to two one-on-two clutches from disco doplan. The last three rounds of the half went Astralis’ way, with dupreeh chiming in for a four-kill round to end their CT side 9-6.

The second half pistol round was incredibly important as it determined whether Astralis pulled ahead to a 12-6 lead, or if Fnatic tied up the score. The pistol did go Astralis’ way, but a force buy from Fnatic allowed them to string three rounds together, putting them just one round away from leveling the score. Astralis responded back with five rounds of their own, with Fnatic only picking up one in the interim. Astralis needed just one more round to close the map out, but Fnatic fought back against match point to bring the match to overtime – KRIMZ picking up three kills, and olof clutching out a one-on-one in the last round of regulation.

Overtime had even more action than the last few rounds of regulation, as we saw a one-on-two and a two-on-two, both of which went Astralis’ way. Since these rounds had been so close, Fnatic had no money going into the third round, and Astralis cleaned up the half to put them at match-point once again.

The first round in the second half of OT seemed like Astralis had it on lock – at one point they were in a four-on-two; unfortunately for them, three frags from twist pulled it back at the last minute for Fnatic, and they secured the first round in OT. A wallbang kill in the following round gave Fnatic a massive advantage, but dupreeh and gla1ve combined to grab three frags, and Kjaerbye closed out the map with a quick one-on-two, ending the map 19-16.

Astralis quickly worked their way up to a 4-0 scoreline on their T side of Nuke, but a team ace from Fnatic allowed them to pick up a round of their own. Another round came Fnatic’s way thanks to dennis holding down a defuse, and dupreeh killing him just one second too late. Astralis responded back by resetting Fnatic, but a force buy allowed twist and disco doplan to pull back a two-on-four to grab their third round. From here on it was all Astralis, as they rocked Fnatic’s world for the remainder of the half by claiming every single round for a 12-3 T side.

A fast-paced pistol round from Fnatic proved to be fruitless, as Astralis dismantled the Fnatic offense with ease. A second round from Astralis put them just a mere round from match point, but Fnatic replied back with two rounds of their own. Astralis, not one to choke (yes, there’s irony there), closed out the match in the following two rounds to bring the map score to a dominant 16-5.

Astralis moves on to play in their first ever Major grand final against the winner of Virtus.Pro versus SK.