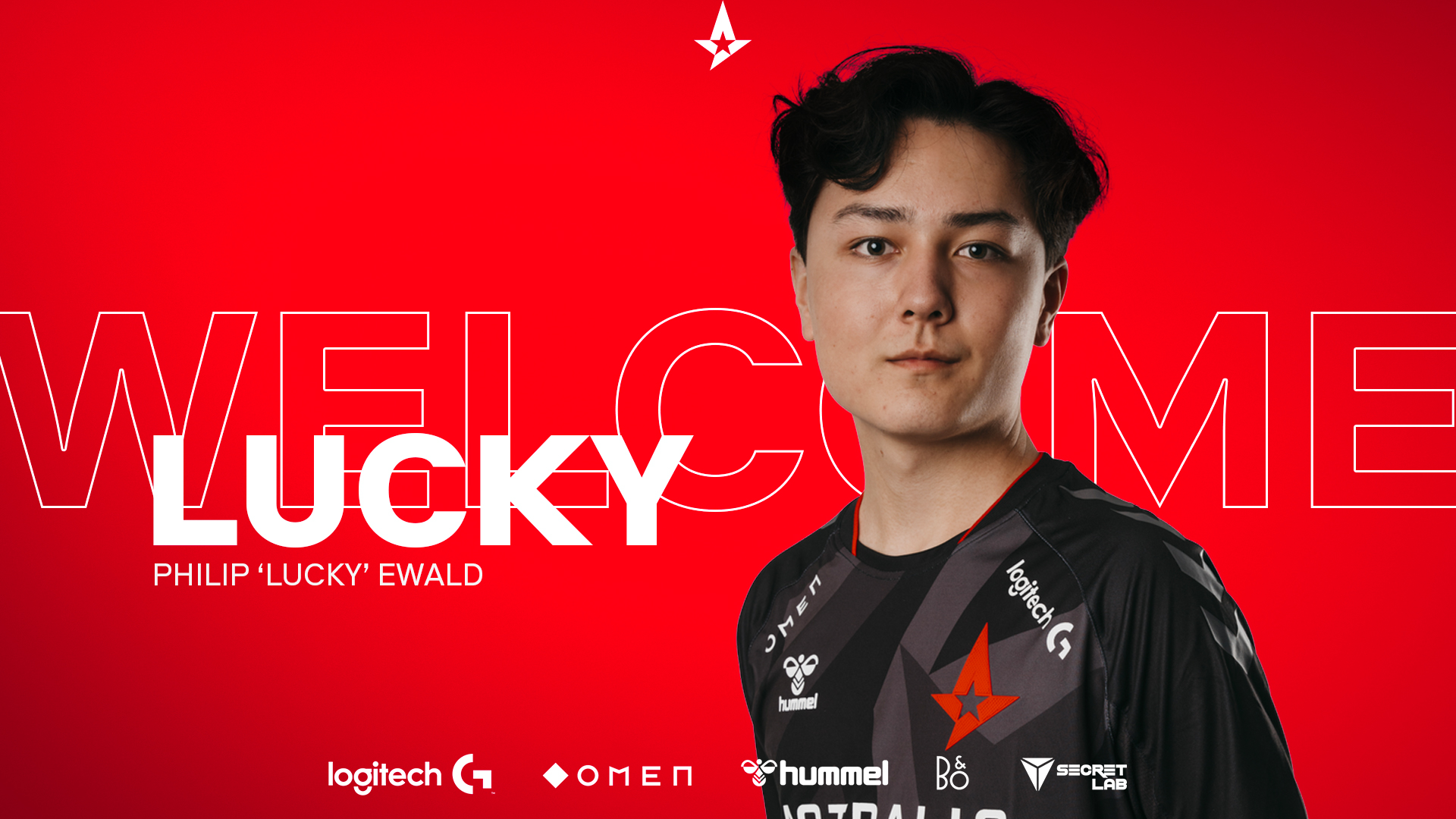 Astralis has bolstered its CS:GO roster with the signing of 18-year-old Philip “Lucky” Ewald, the Danish esports organization announced today.

The team is working on “developing” players with the goal to “constantly progress,” according to Astralis’ director of sports Kasper Hvidt. The addition of a “young, energetic, and extremely skilled player” like Lucky is a part of this “strategy.”

The AWPer and former Tricked Esport player has shown “immense potential” in the fringes of the scene, said Hvidt. He hasn’t been tested at a “top-level” yet but he has a “lot” of what Astralis is looking for.

“If you look at [Lucky’s] stats it’s not a mystery why so many teams have been watching him,” said Hvidt. “His technique and game sense will contribute to the team and create new room for the other players.”

Lucky will join the team as a sixth-man and will be an active part of the roster from “day one.” With Lukas ‘gla1ve’ Rossander expecting his first child later this year, the addition of Lucky could “prove advantageous,” said Hvidt.

“When Astralis comes knocking, everything changes,” Lucky said in a press release. “It’s without a doubt one of the most professional organizations and I already feel welcome and part of the family.”

“I know some people are going to compare me to ‘dev1ce’ but no one can do what he does, Lucky added. “I hope I’ll be able to show who I am, though, and I will work hard to contribute to the team in my own way.”

The team will join forces as a six-man roster on Aug. 9.

Tricked and Astralis have agreed not to comment on the value of the transfer.