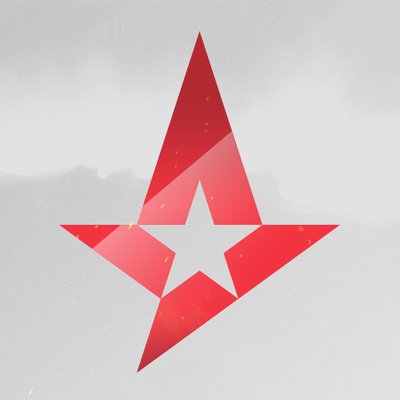 Astralis shocked the scene on May 19, 2016, by effectively trading one of the player-owned team’s founding members, 26-year-old Rene “cajunb” Borg, for Dignitas’s 18-year-old youngster Markus “Kjaerbye” Kjaerbye. On paper, it’s a move that not only makes the team eight years younger in cumulative terms, but also adds more firepower; the all-important ingredient to success when all else fails. But what if we look at the move in more depth? How does the new and presumably-improved Astralis look overall?

Despite being one of the more structured teams in the world, the Danes led by Finn “karrigan” Anderson have always been slightly awkward in terms of in-game roles. Superstar Nicolai “dev1ce” Reedtz took ages to figure out his identity in-game, often varying the degree to which he was using the sniper rifles; his weapons of choice. On certain defensive halves, such as the one on mirage, we often saw in-game leader karrigan using the Big Green. And yet on dust2 it would not surprise anyone to see cajunb, the now-departed third-star in the Astralis roster’s first iteration, scoped in with an AWP.

The change from cajunb, one of the more versatile and skilled all-around players in the scene, to Kjaerbye takes care of that problem. The former Dignitas star is a pure rifler, which will effectively force dev1ce to dedicate himself to AWPing full-time. As a ripple effect, it will open up the secondary AWP option to karrigan – who, notably, was a star-level sniper in Counter-Strike 1.6, prior to converting himself into the role of an in-game leader upon joining this team in the beginning of 2015.

Nothing has changed for Andreas “Xyp9x” Hojleth, once looked to be breaking through as a star in the Nordic Fnatic roster in 2013, but who has since become of the game’s best clutch players, accepting a smaller role for the greater good of the team. Finally, up-until-now second star Peter “dupreeh” Rothmann remains a premier entry fragger, hoarding a usage rate of over 24% so far as the round-opener in 2016, with plenty of flashy plays to show for his work.

If you were to put a team together on paper, you could not get a much better split than the current Astralis team. You have a dedicated in-game leader, who is also capable of secondary AWPing. Your superstar is dev1ce, with a star-level entry fragger in dupreeh to share the burden. Kjaerbye is the key player who can take over games in the ultimate fragger role, second to third guy in, while it is up to Xyp9x to close out rounds. The depth of Astralis will take some pressure off Kjaerbye to always perform, as the Danes are capable of taking down anyone even with him having a bad game – and when he is playing well, few teams can match Astralais’s fire power across the board.

We should not forget that cajunb is a very accomplished and skilled player in his own right, but he mostly fits the mold of a great third option – he is fairly passive, and tends to excel as a defensive player. While Astralis has not exactly struggled specifically on either side, having more aggressive impact players will always help a team out – because those are the players who can bail you out when nothing seems to work. Effectively, the addition of Kjaerbye will give Astralis some of the luxury that fnatic has enjoyed for so long. Tactics are there to give you favorable duels and situations to make life easier for your players, but if your players are good enough, they will not always need that edge. The way I see it, the margin for error grew for Astralis with this move. Based on what we have seen so far, Kjaerbye can do more with less, more often, than cajunb could.

To be fair, the Danes were always skilled enough to compete with anyone – they were not losing their series due to lack of skill – but the fact that Kjaerbye is capable of taking over games by himself will sometimes push Astralis over the top, when previously they might have succumbed to defeat against another elite-level team, such as Fnatic, Luminosity, or Na`Vi. Great players sometimes bail out their teams when in reality they should have lost. Kjaerbye is not great – yet at least – and fans often overestimate the importance of age when judging how much further a player can develop. But he is a star, and could end 2016 as a top ten player in the world. That kind of skill should not be overlooked, for it is often what separates a narrow semi-final loss from a shot at the title. And there has never been a team who knew that better than the Danes.

The Danes have always had a Big Three of sorts, with three players having carried a disproportionately large majority of the fragging burden. But few would suggest cajunb has been a top ten level player, which many see as a realistic endpoint to Kjaerbye’s development by the end of 2016. Fielding three players amidst the world’s top ten or so has been fnatic and EnVyUs’s bread and butter for ages, and the roster change now puts Astralis up there in terms of absolute in-game capabilities. Intangibles such as leadership and ability to excel under pressure will continue deciding championships, but few would argue that in the roster move dubbed as a heist – in pure in-game terms, excluding any monetary exchanges – Astralis would have ended up worse-off. Sometimes these moves do not work out, but early signs are encouraging, to say the least.

The new Big Three in Astralis has a top three AWPer in the world, one of the premier entry fraggers, and an incredibly skilled rifler capable of taking over maps against any team in the world. From a pure role perspective, as mentioned in the paragraphs above, it is basically a dream for the team’s in-game leader. We have often said that CS:GO is a game for stars, with heavy emphasis on individual skill. Now dev1ce and dupreeh will face less pressure to perform, knowing they have a third wheel capable of picking up the slack. For a team often dubbed weak mentally, the added comfort can, and likely will, make a difference. And once they eventually get some big wins under their belts, the confidence will only build up further as the trio realizes they could, realistically, be the best one in the game right now. And that, ladies and gentlemen, is a scary thought to their competition, whether they admit it or not.

My case for Astralis

Winning titles is never easy, and while few will admit, it often comes partly down to dumb luck. Luminosity caught their break with Olof “olofmeister” Kajbjer Gustafsson’s and Ladislav “GuardiaN” Kovács’s injuries, most noticeably, while others have been helped by unmentioned factors, and things that are not even necessarily related to Counter-Strike. Any given match has multiple 50-50-type rounds that can sway a score one way or another, and sometimes a team will win a couple more of them than expected value would grant them over the long-term. It is all part of competition, and in part is what makes sports in general so fun to watch – because you can never know what will happen in advance.

As such, the most important factor for a team looking to reach greatness is the ability to put them in the position to compete. Opposite with NiP winning all the close games leading up to their first loss against Kiril “ANGE1” Karasiow Virtus.pro in May 2013, the Danes of Astralis are bound to ultimately win one, as long as they keep getting close. They already got there last spring, and presumably having learned how fleeing success can be, will put in more effort to make sure such form is not lost if, and when they finally get back on top. The ability has always been there – this roster move simply further stacked the deck in their favor.

My case for Astralis is to remain an elite team, and win a major within a year, with the reasoning having been outlined in the previous paragraphs. Aside from the dream roster, they have tasted success before and in a player-owned organization the incentives are better aligned to aim for greatness, as opposed to consistently high checks or added income from outside of the competition – something many teams feel disappointingly happy to cash in these days. Unfortunately Kjaerbye will not be in action at ESL One Cologne due to Valve’s illogical rules, but it should be a temporary setback. This team is now all-but set to battle for greatness for years to come.