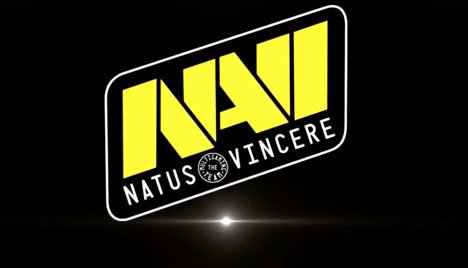 When Natus Vincere announced on Aug. 4, 2016 that they decided to replace their longest standing member Zeus, who was one of the founding members of the organization in early 2010, the reception was by and large positive in the community. After all, Zeus had been criticized for his individual play, while s1mple had been championed as perhaps the world’s best player, who had carried a lackluster Liquid team to the semifinals and the grand final of the majors in 2016. And the latter run included the now 19-year-old youngster thrashing Na`Vi in the playoffs.

However, Na`Vi quickly faced a major setback. Zeus had been Na`Vi’s long-time in-game leader – with starix taking over for brief stints already in the CS 1.6 days – but been rendered largely obsolete with his partner-in-crime of more than six years becoming one of the game’s first in-game leader-coach hybrids. The plan was to have starix lead the team from the coach’s seat, with five skilled players to maneuver on the server as if they were mere chess pieces in the grandmaster’s game. But then Valve struck.

On Aug. 17, 2016, under two weeks after s1mple joined Na`Vi, Valve decided to limit coaches’ ability to communicate with their players during games. In the past, a coach was able to join the team’s voice communication software and speak at any time at will, and to make any necessary mid-round calls when the dynamic environment of Counter-Strike called for a change to the original tactic. Now, the coaches can only speak during half-time, as well as during four timeouts allocated to their team, effectively rendering starix unable to act as Na`Vi’s in-game leader.

Given how unpopular the multiple pauses have been in the community, and even among players, Na`Vi has a shot at their pain being alleviated in time for the ELEAGUE major on Jan. 22-29, 2017. Many have suggested allowing coaches to speak during freezetime, a move that would make them able to still call the shots, with players taking over for mid-round adjustments. However, for the time being there is no clarity on what – if anything – will happen, and it would be foolish to bet the house on a macro-type event you have no control over, with perhaps a 50 percent chance of it happening.

While Na`Vi’s previous roster made the grand final of two consecutive majors – DreamHack Open Cluj-Napoca in November 2015 and MLG Columbus in April 2016 – the issue has been their inability to actually win the finals they seemingly have had no trouble qualifying for. Together with the two majors, they have lost a total of nine grand finals with flamie. That adds up to a paltry win-rate of 40 percent, especially considering they were favored in many of the finals, including at DreamHack Masters Malmo versus NiP and at SL i-League Invitational #1 against Virtus.pro.

The ex-CIS juggernaut won second-tier events such as ESWC 2015, IEM San Jose 2015 and DreamHack Open Leipzig 2016, but seemed to always fall short at the largest events that are often categorized as any with a prize purse over $250,000 – a somewhat arbitrary number derived from the early day Valve-majors. As such, introducing some volatility could be good, if it allows you to get a larger win that you otherwise would not have gotten, even if it costs you in terms of consistency elsewhere. And while the s1mple-move has indeed added plenty of volatility – with heavy downwards pressure – to Na`Vi’s performance, he also brought in the team’s largest CS:GO win so far, ESL One New York, where he was also crowned the tournament’s MVP.

Unfortunately, success has proved to be fleeing for the team once shouldered by GuardiaN’s world-class sniping, as they have followed the championship in the Big Apple with a disappointing semifinals loss to Dignitas at EPICENTER, and two group stage exits at ELEAGUE and IEM Oakland. Offline Na`Vi has only lost a series against SK and dignitas – two top-three teams per HLTV.org’s latest ranking – but their issues lie in best-of-one games, where the list of teams to have knocked them down also includes TyLoo, Astralis, G2, NiP, Liquid and Immortals. In other words, they have been vulnerable against all top-10 or so teams.

Best-of-ones are, by their nature, volatile and can lead to results some deem as random in comparison to multi-map series. But what truly makes them an issue for Na`Vi is their weak map pool, which best-of-three series partly shield them from. Currently, Overpass is their playground, as they boast a 10-0 record on it, but the fall is steep after. Na`Vi still does not play Cache, and their 2-9 record on Cobblestone is an invitation to face them on it. They are a good Train team, but have struggled to find consistency on Nuke, Mirage and Dust2 – two latter ones of which were the old roster’s bread and butter. However, it is worth pointing out that re-introducing Inferno to the map list, something that could happen ahead of the next major, should be a net-positive for Na`Vi.

IT IS STILL TOO EARLY

In Counter-Strike, as with many traditional sports, the most common catalyst is a roster change. But that does not mean teams cannot simply improve by trial and error, by continuously iterating and ultimately arriving at something greater than the sum of its parts. Teams like Luminosity (now SK) and Dignitas clicked from the start after changes, but few would argue they have not made further adjustments and tweaks that led to direct improvements later on. In fact, it took Luminosity months and multiple grand final losses to become world champions, and Dignitas still keeps improving. No matter how good a product was at first, over time the post-launch changes are almost guaranteed to amount to more of the end result, if the lifetime is long enough.

Na`Vi’s roster move was not an overnight success, a Disney-movie worthy story where s1mple rescued the team from a stream of disappointments and led them to the Promised Land on day one. Still, everyone seems to be ready to chuck this experiment up as failure, and move on to the next thing. Those same people would have likely blown up the Miami Heat after the loss to the Dallas Mavericks in 2011, and would have missed on the repeat championships of 2012 and 2013. Similarly, a trigger-prone general manager could have blown up the Patrick Kane, Jonathan Toews and Duncan Keith core of he Chicago Blackhawks in 2009, and missed out on three Stanley Cups in the next six seasons.

Miami Heat’s issue was perhaps the most similar to that of Na`Vi’s – they had too many stars in LeBron James, Chris Bosh and Dwyane Wade, and could not figure out how to share the ball, and the scoring burden until Bosh was sidelined in the Indiana Pacers series in 2012, and all the pieces fell into place. Similarly, Na`Vi’s trio of s1mple, GuardiaN and flamie has not yet learned how to co-exist effectively – an issue most visible when s1mple picks up a secondary AWP in an ill-fitting time, such as the counter-terrorist side of Nuke against Liquid in Oakland.

GuardiaN was hailed as the world’s second best player through much of 2015 and 2016 until his injury, and flamie was a damn-near MVP of ESL ESEA Pro League Season 2 Finals despite losing the grand final to Fnatic. Both were also ranked within the top-14 of 2015’s best players by HLTV.org. By most accounts, perhaps best explained by Thorin’s article on him, s1mple is en-route to overtaking both in this year’s edition, therefore shaking up the status quo in an already star-studded team, featuring CS 1.6 superstar and pistol king Edward. It is understandable that with such roster changes, it may take a while for the puzzle pieces to fall into place. And it is much too early to count Na`Vi out.

Na`Vi has two major obstacles they need get out of their way. First and foremost, they need to figure out their in-game leading issues. If Valve adjusts the coaching rule to allow starix to make the calls during freezetime, the issue will – for the most part, as mid-round calls will be easier to make if starix is able to put together the overall strategy and game plan – take care of itself. If not, the road to success is steeper. Not only has seized been unimpressive in his new role, his individual play has fallen off a cliff, going from a roughly 1.00 rating player overall in 2016 to a borderline liability at 0.83 in the past three months.

It is unclear if any other player on Na`Vi could steer the ship, and if seized remains willing to work at the craft, he is likely their best bet going forward. Professor starix will surely need to hold some extra lectures in what effectively could otherwise amount to an extended offseason for Na`Vi, who has no large scale tournaments scheduled in the next two months before the major. It will not be an easy process, but it is not unthinkable that Na`Vi could find a way to make the team work under seized’s leadership, with more help from starix, and more effective use of the current timeout rules. Or, Valve could change the coaching rule and solve Na`Vi’s issue for them.

Obstacle number two is practically an extension of the first one. Na`Vi needs to improve their map pool, to a point where they have at least four maps they feel confident on against any non-top-five team, if they wish to be an elite side themselves. Margins are too small to consistently beat everyone, but until you can always veto down to a decent map in the best-of-one group stages, you remain overly prone to upsets. If Na`Vi can bring two more maps up to speed with Overpass and Train, they will be in business to consistently make playoffs, and this team is good enough there to beat anyone. As with the coaching rule, Na`Vi could receive help from Valve, if they decide to re-introduce Inferno in time for the major.

If Na`Vi can continue working hard to solve these problems in the next two months – and especially if Valve helps them out with the coaching rule, or by adding Inferno back in time – there is no reason why they could not travel to Atlanta as one of the favorites to win the next major. They boast the requisite talent, their players have made the major grand finals previously, and their peaks are as high as anyone’s. There is no team Na`Vi cannot beat at their best. But to give themselves a chance of reaching those heights, they must first find consistency. Consistency buys them shots at titles, and their upside – often characterized as pure volatility, as if to ignore the upside – will win Na`Vi titles.

Na`Vi should be here to stay.