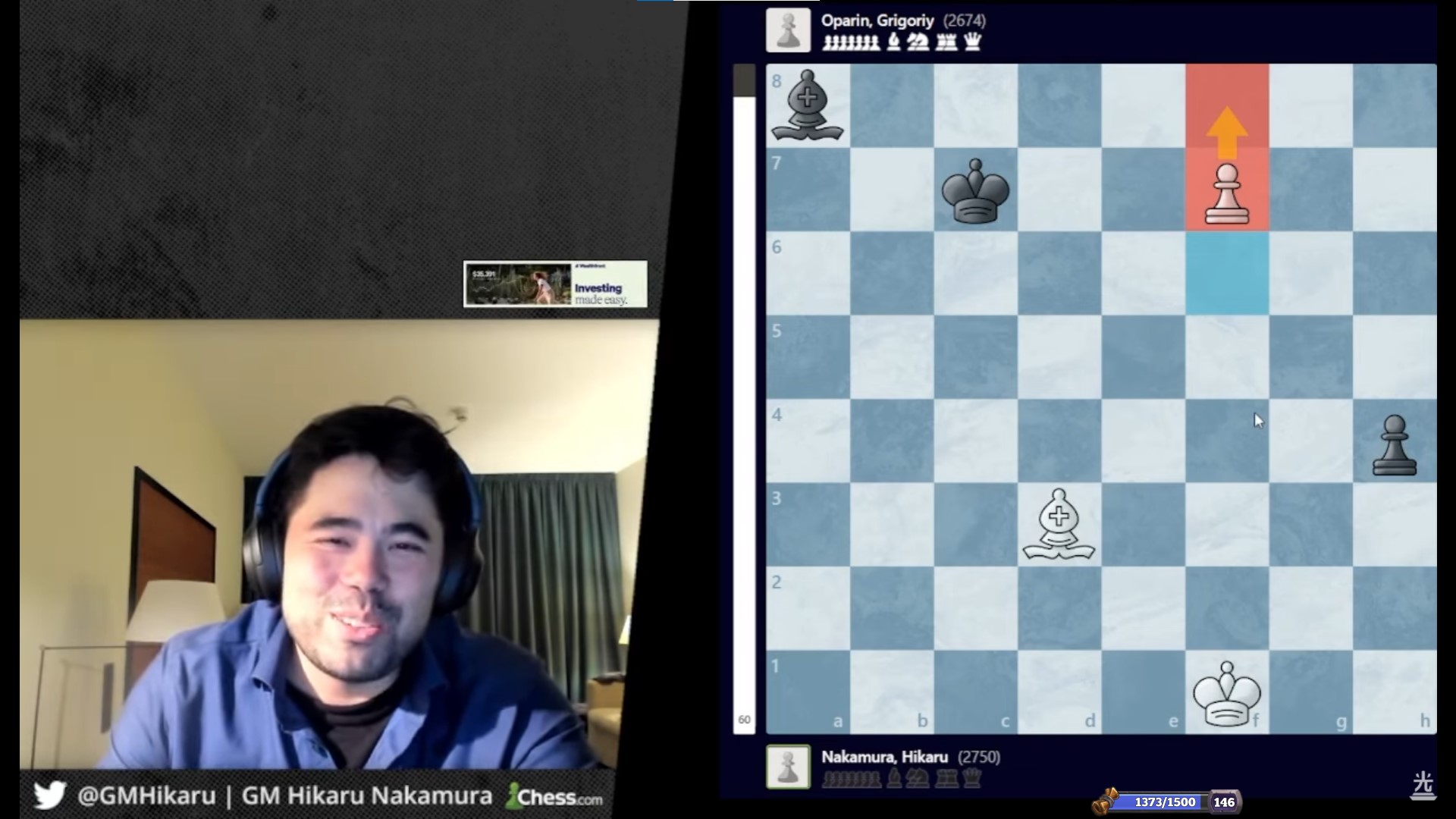 Though it seemed like the most popular chess streamer in the world was beginning to leave the world of classical chess behind, Nakamura’s wildcard invitation to the FIDE Grand Prix 2022 event turned out to be a smashing success, with the North American player earning a coveted spot in the Candidates Tournament after winning Group A of Leg 3.

The group stage that decided everything

Though the entire playoff bracket is still left to be played, and some of the four groups still have tiebreaker matches to go to determine their winners, the combination of results we’ve seen so far has already confirmed which two players will top the FIDE Grand Prix 2022 standings: Richárd Rapport and Hikaru Nakamura will be the ones making it to the Candidates Tournament, a prestigious eight-player round-robin event that will determine Magnus Carlsen’s next challenger for the world championship title.

The Grand Prix features three separate mini-tournaments, with each invited player getting a chance to play in two of them. This means most of the math was already settled heading into this event, and it was clear the winner of the “group of death”, Group A, would have a great chance at clinching the second qualifying spot. Hikaru Nakamura won the first leg with Levon Aronian as runner-up; they also had to contend with Andrey Esipenko, the second-placed finisher of Leg 2. With only the winner qualifying from groups, two of these three players would see their chances go up in smoke before the event even concluded.

Ultimately, Nakamura pulled off a set of miracles to top the group after losing to his most direct rival Levon Aronian in the second round. Winning the rematch, he went on to score a full point from losing positions on two separate occasions, pipping his rivals to the post with a 3.5/6 scoreline in a closely contested group. On the final day he defeated Andrey Esipenko with the Black pieces, while Aronian lost to Grigoriy Oparin.

This surprising set of results effectively ended Leg 3 as a competition for the Candidates spot. As it turns out, the results in the other group meant all other potential contenders fell by the wayside: Nakamura’s Leg 1 victory plus his playoff qualification here gave him an unassailable lead over the rest of the competition. Though the playoff brackets will still be played out for the prestige, the money, and the rating points, the biggest questions were already answered.

For chess fans around the world, Nakamura’s success offers a unique way to experience the Candidates Tournament. For one, the North American GM has clearly become extremely dangerous because he feels like he has nothing to lose, leaving behind a lot of the psychological baggage that burdened him over the past decade of competitive high-level chess.

He’s also created regular video content around his games, discussing the matches in great detail in long-form analysis content that offers unparalleled insight to viewers about the up-to-date thoughts of one of the strongest players in the scene in a high-stakes situation. If he keeps this up for the Candidates, it could further fuel the growth of online interest in top-level competitive chess.

There’s also the spicy side plot about Nakamura semi-jokingly offering his spot to Ding Liren should he win, but right now it looks like the Chinese Grandmaster might make it to the Candidates after all, without taking him up on this.

One spot left to go

Even with the entire Grand Prix Leg 3 playoff bracket still left to play, the only real intrigue about the Candidates tournament remains whether Ding Liren can clinch the newly opened-up spot after Karjakin’s ban.

The Chinese player is the frontrunner for the position of the highest-rated non-qualified player on the world rankings, but he needs to play a lot of standard time control games by the end of May to become eligible. If he misses the mark or loses too many rating points in the process, Levon Aronian or (more likely) Wesley So may still find a way to the Candidates. At the time of writing, Ding Liren is 2/2 at the 19th Asian Championships qualifiers, pushing him back to #2 in the world rankings.