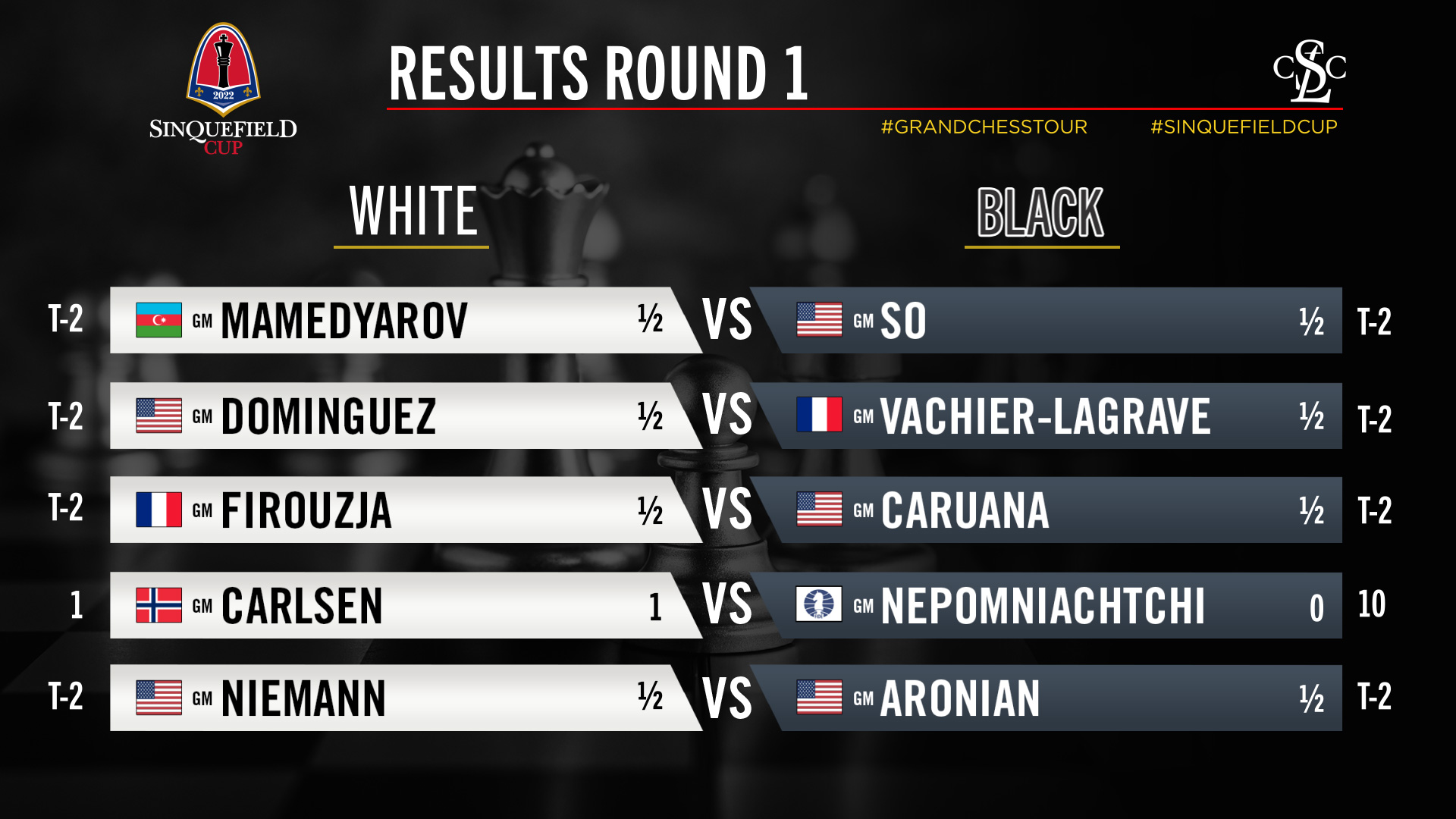 The prestigious classical chess tournament began as many classical tournaments tend to do: with many draws and a win by Magnus Carlsen. The Norwegian easily dispatched Ian Nepomniachtchi in a repeat of his final world championship match as his fellow competitors shared the points across the board.

It’s tough to overstate just how effortless it ultimately was for Carlsen. The world number one decided against defending his world championship title for the sixth consecutive time, he would face Nepo again in the match. This was as close as we’d get anytime soon for a longform classical bout between the two.

It wasn’t even close. That’s what happens when one of the players plays with almost machine-like precision. Stockfish 15, the chess engine of our times, marked Carlsen’s play as almost flawless, with no inaccuracies and almost the same average centipawn loss the machine itself dishes out throughout a game. If the soon-to-be ex-world champion continues to dish out performances like this, one has to wonder whether his replacement will have any semblance of legitimacy in the eyes of the chess community.

It wasn’t a super-detailed preparation or a massive opening novelty catching his opponent by surprise. The Norwegian quickly steered the game away from theoretical grounds by trading his c4 pawn for Black’s d5 pawn, entering a Carlsbad structure. He then deployed an early g4 break, quickly pushing ahead his kingside pawns and securing a sizeable lead in the territory.

Here, Nepo went with a confrontative approach with 23. – c5?!, a move that opened up crucial lines on the queenside and allowed Carlsen to rapidly push one of his b-pawns up to the fifth row, threatening further damage to the structure and potentially exposing Black’s king to his rooks. Nepo correctly gave up the problematic pawn with 28. a5 and could have conceivably fought on, but the world #1 continued to ramp up the pressure.

The Russian cracked on move 31 when Re7? gave White enough time to play b6, fully locking down the queenside structure. Carlsen crashed through and demolished his opponent’s defenses soon thereafter, and the game ended with resignation on move 43.

He just played the world #3 and made it look easy. This was Nepomniachtchi’s first defeat in classical chess since the Candidates Tournament. It was an ominous sight for the rest of the field as they shared the points in four games of varying intensity.

Despite the hype courtesy of Alireza’s incredible performance at the St. Louis Rapid & Blitz tournament just a couple of days ago, he wasn’t particularly ambitious against Fabiano Caruana. Wielding the White pieces, he played an early Qb3 in the Symmetrical Variation of the English Opening, a deviation that didn’t yield any complications. The game ended in a straightforward drawn king and pawn endgame by move 34.

The game between Skakhriyar Mamedyarov and Wesley So also failed to bring the fire alarm online, as any sparks were quickly extinguished by trading into a drawn endgame. The evaluation bar showed 0.0 throughout most of the game.

Starting from a Najdorf Sicilian, an interesting piece imbalance emerged in the game between Leinier Dominguez-Perez and Maxime Vachier-Lagrave, but a bishop and two pawns for a rook yielded nothing as there weren’t enough other pieces left on the board to make this asymmetry felt. This game ended with the two kings on the board by move 72, but the draw was clearly coming much earlier.

Hans Niemann, a last-minute replacement for Richárd Rapport, didn’t have to bring his usual meme-worthy apocalyptic thoughts to the post-match interview as he scored a creditable draw against Levon Aronian with the White pieces. Though he did have an early advantage, it’s hard to pinpoint where he went wrong, even with computer analysis. The super-sharp position was quickly defused with a three-fold repetition of moves.

Round 2 will feature the following matchups: