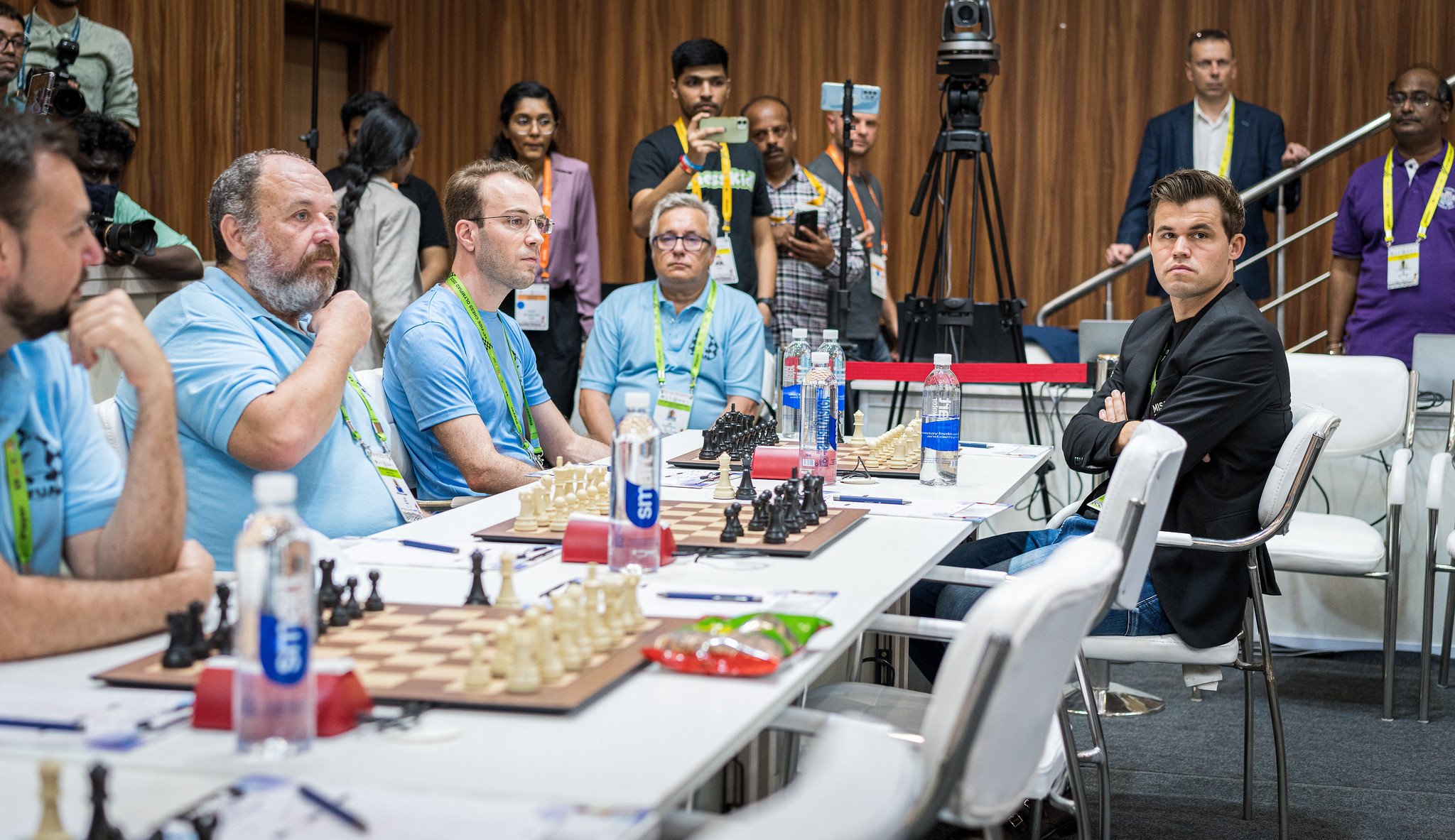 Photo by Lennart Ootes via FIDE

The world of competitive chess was left in shock on Sept. 5 when Niemann, a relatively unknown grandmaster on the rise, ended Carlsen’s 53-game unbeaten streak at the Sinquefield Cup. The world champion withdrew from the tournament afterward, which he had never done before, and hinted on Twitter that Niemann had cheated.

The reputation of competitive chess has been tarnished after such events and FIDE stepped in today to end the discussion. FIDE said that Carlsen and Niemann did not face each other in FIDE events, but it’s their duty to protect the integrity of the game and its image as the world’s chess governing body.

“First of all, we strongly believe that the world champion has a moral responsibility attached to his status, since he is viewed as a global ambassador of the game,” FIDE said about Carlsen. “His actions impact the reputation of his colleagues, sportive results, and eventually can be damaging to our game. We strongly believe that there were better ways to handle the situation.”

Although FIDE is seemingly disappointed with Carlsen’s actions, it also shares his “deep concerns” about the damage that cheating brings to chess. FIDE stressed it has a zero-tolerance policy against cheating in chess, whether the competition is online or “over the board,” and urged major online platforms, private events, and top players to join forces with them in the battle against cheating. FIDE will also review the match of Carlsen vs. Niemann after it receives initial proof.

“FIDE is prepared to task its Fair Play commission with a thorough investigation of the incident, when the adequate initial proof is provided, and all parties involved disclose the information at their disposal,” FIDE said. “We are fully aware that, in some cases, uncertainty can harm players’ performance. It also can be damaging to a players’ reputation — that’s why we insist on the anti-cheating protocols to be followed.”

The Carlsen vs. Niemann incident can have a long-term positive effect on competitive chess, according to FIDE. The world’s chess governing body wants to launch a dedicated panel that would include representatives of online chess platforms, GMs, anti-cheating experts, and FIDE officers to fight foul play and prevent it from becoming a “real plague.”

Both Carlsen and Niemann have gone radio silent on Twitter shortly after the world champion withdrew from the Sinquefield Cup and are yet to comment on FIDE’s statement.