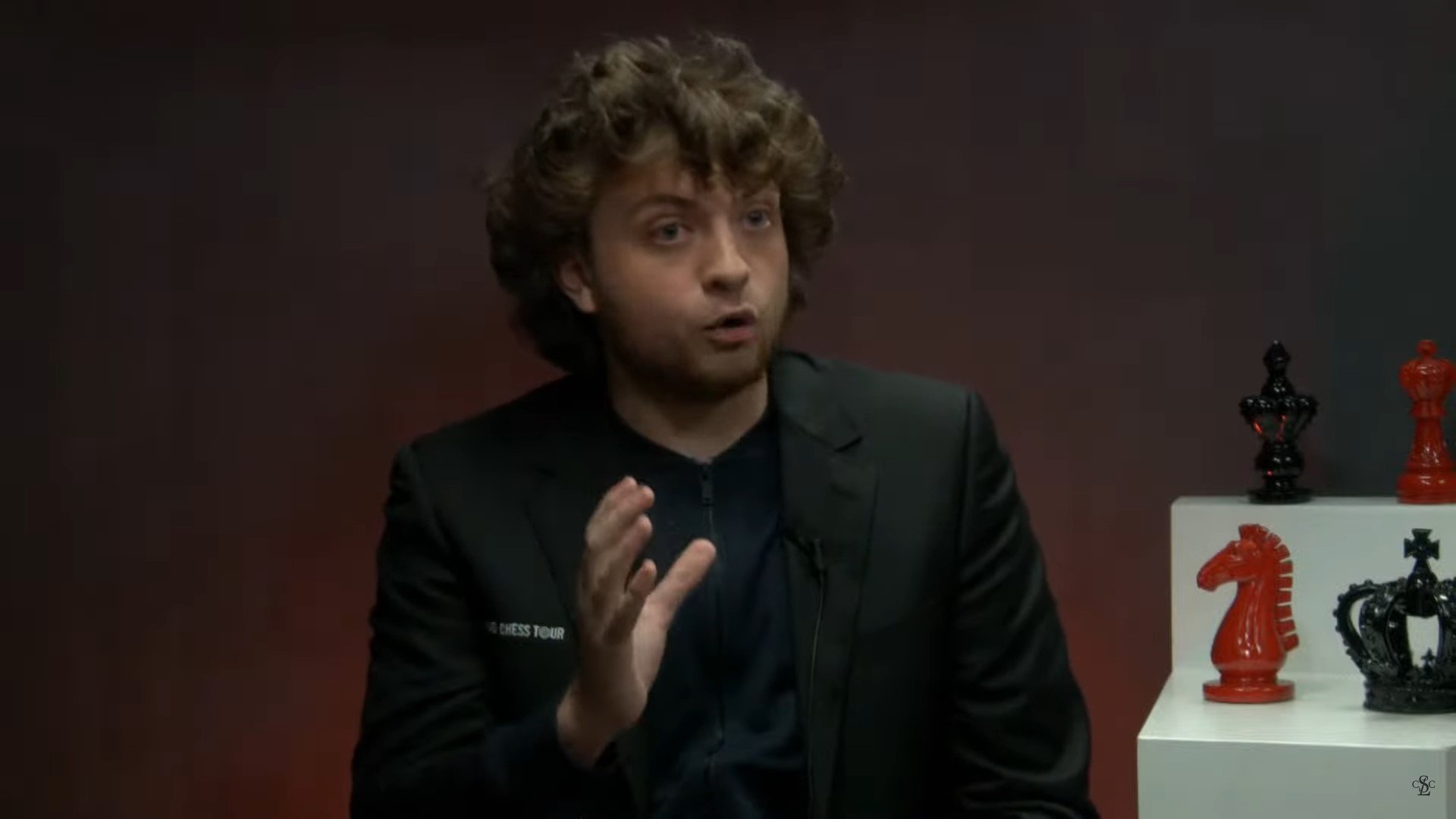 After his shocking victory over Magnus Carlsen and his ensuing withdrawal from the Sinquefield Cup, Hans Niemann is now facing allegations of foul play based on his past transgressions in online play and other supposed anomalies in his conduct at the chess tournament. He’s forcefully denied the claims and pushed back against the main instigators.

The 19-year-old American grandmaster was drafted as a last-minute replacement for Richárd Rapport for the prestigious invitational tournament. Ranked No. 40 in the world on the live charts in classical play, Niemann recently bombed out with zero points at the FTX Crypto Cup against elite-level opposition. This made his victory against Carlsen, with the Black pieces, no less, such a shocking result, one that ended Carlsen’s 53-game unbeaten streak.

Carlsen then shocked the chess world even more by withdrawing from the tournament—the first time he has done so in his career—hinting at potential foul play in his tweet, linking to José Mourinho’s infamous “if I speak, I’m in big trouble” press conference. He hasn’t tweeted since.

The chess world was immediately set ablaze by the implications as fellow players and commentators combed through Niemann’s interviews and past performances. Hikaru Nakamura and Ian Nepomniachtchi have both referred to past instances of cheating by Niemann in online play, referring to a six-month absence of competitive online tournaments, albeit without concrete proof.

Nakamura dedicated a large portion of his streaming time to the matter in the past couple of days and he has significantly increased his subscriber count over the controversy. His video on the subject has over 790,000 views at time of writing, though it may have landed him in hot water with the Saint Louis Chess Club on account of copyright issues.

This isn’t the first time that Nakamura has courted controversy with accusations of cheating. Brazilian grandmaster Luis Paulo Supi was previously banned from the Internet Chess Club after he defeated Nakamura in online play, a decision that was reverted soon thereafter. The American later apologized for his conduct.

Niemann used his post-match interview after the fifth round to forcefully deny the allegations leveled against him, admitting to cheating at online play at the ages of 12 and 16 but underlining that he never cheated in over-the-board play. He said he’d even be willing to play naked to show that there’s no foul play going on.

He also detailed his chess journey and the stress-related reasons behind his inconsistencies at the analysis board, pushing back against his sudden ban on chess.com that was triggered after his victory against Carlsen. The long-ranging interview earned him many plaudits. Since then, he’s been pushing back on Twitter against Nakamura.

The players of the Sinquefield Cup are now returning to the boards after a rest day. A picture tweeted by the Grand Chess Tour’s Twitter account shows Niemann playing tennis with members of the commentary team and fellow competitors.

Next up: more chess. Meanwhile, the drama rages on.