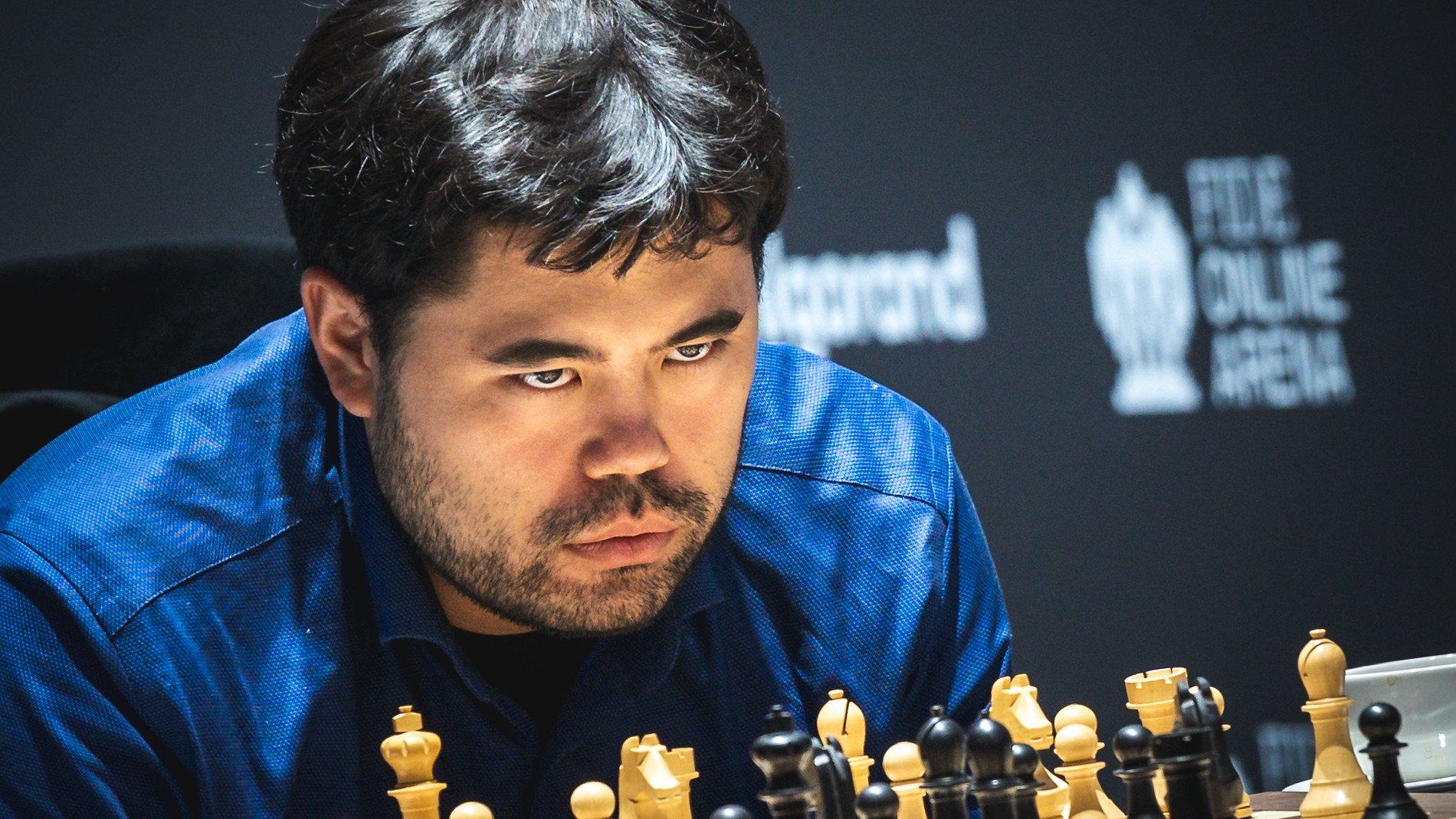 The most important chess tournament of the year is about to get started in Madrid. Some of the strongest players in the world will finally face off against each other at the end of a grueling qualification process to finally determine the next challenger for the world championship title. Whether Magnus Carlsen will grace the world with his participation in that match remains to be seen. That is just one of the many intriguing storylines concerning this cycle’s Candidates Tournament.

Everything you need to know about the Candidates Tournament in 2022

The Candidates Tournament is a biannual chess competition that determines the next challenger for the world championship title. It is a double round-robin tournament, meaning each player will play each other twice, once with each color. The event is played with classical time controls (120 minutes for the first 40 moves, 60 minutes added for the next 20 moves, then 15 minutes plus 30 seconds per move added for the remainder of the game).

For tiebreaks, a mini-match with faster time controls will take place: two 15+10 rapid games, then, if needed, two 3+2 blitz games. If there are still ties to be broken at this stage, knockout blitz games are played until only one player remains. This is a departure from past Candidates Tournaments where head-to-head results and other tiebreaker formulae were used to determine the final positions.

The tournament takes place at the Palace of Santoña in Madrid, Spain between June 16 and July 5.

The World Championship match will take place sometime in early 2023. If Magnus Carlsen decides against defending his title, the winner and the runner-up of this year’s Candidates Tournament will face off in a match to determine his successor.

Candidates 2022: the list of participants (and how they got this far)

Losing to Carlsen in a world championship match is nothing to be ashamed of, and at least it comes with the consolation prize of an automatic invitation to the next Candidates Tournament. Nepo’s level of play against Carlsen in the second half of their match, however, was greatly criticized by the wider chess community, further fueling the image of a brilliant but brittle attacking player who is really strong off the gates but lacks the mental stamina to stay strong late into a grueling marathon tournament.

Last time around, the Candidates Tournament was postponed midway through because of the pandemic situation and Nepo could coast off the back of his strong early performances when the tournament was eventually resumed. He most likely won’t have this failsafe this time around. Of course, no one has won back-to-back Candidates tournaments yet: it would be a great surprise if Nepo could break this trend in 2022.

The popular streamer has successfully not-cared his way to the Candidates, making the most of his wildcard invite to the FIDE Grand Prix, confounding many critics in the process. Nakamura is, of course, an excellent player, but has had a torrid time in past Candidates events and has a poor record against Magnus, making him one of the less likely players to succeed based on traditional factors.

Of course, not much is traditional about Nakamura these days. Having shifted his focus to content creation has clearly given him peace of mind, and with no financial concerns and less of the insane stress of competition on his mind, he’s played some brilliant and fearless attacking chess. If he’s able to carry this attitude into the Candidates, he might just vanquish all his old demons.

There’s a reason why Rapport is seen as a perennial dark horse and fan favorite in high-level chess events: his all-out aggressive playstyle, oddball opening choices and unconventional strategies offer a unique sort of experience in elite chess competition. Rapport recently made headlines with his intention to switch federations, leaving behind Hungary for Romania because of an offer from Superbet owner Sacha Dragic, a billionaire with a great interest in competitive chess. Famous for lacking the backing and support his fellow super-GMs receive, this could supercharge Rapport’s quest for reaching the chess summit.

Rapport has recently sanded off some of the rougher edges of his opening preparation, which paid dividends in the FIDE Grand Prix earlier this year and led to his first shot at the big time off the back of a spectacular gamble in the grand final against Andreikin. #8 on the live rankings, the 26-year-old will have to throw quite a few curveballs to stand a chance in this field, but one thing is for sure: his matches at the Candidates will be incredibly exciting, regardless of the results.

He was the one who gave Carlsen a real run for his money back in 2018, even if he was completely crushed in the rapid tiebreaks. Their classical matches were explosive and exciting despite the unprecedented twelve draws. The American is getting back to form just in time for the biggest event on the calendar and his vast experience from past Candidates Tournaments should give him a tangible edge over some of the other participants in the field. Whether it’s enough to secure a rematch remains to be seen.

For the longest time, it seemed like Liren would miss out on this Candidates Tournament, through no fault of his own. No one doubted the Chinese GM’s level of play and accomplishments, but the global situation and visa-related issues meant that was never able to participate in the big events that determined who would qualify for the Candidates. Notably, this was the first time in many years that no player would receive a direct invite based on their overall rating points, making all this seem even more unfair in the eyes of fans.

Enter Sergey Karjakin and his pro-war views. The Russian Grandmaster earned his spot at the Candidates by finishing second at the Chess World Cup and promptly forfeited it by becoming a vocal supporter of Putin’s aggression in Ukraine. FIDE suspended him for six months for bringing the game into disrepute, and as the rulebook suggested, the highest-rated player at the time was going to be drafted as his replacement. There was still a twist in the tale, though: Liren hasn’t played enough competitive over-the-board matches to qualify, so the Chinese chess federation had to step in and organize a couple of events to get him over the line and secure the quota. Garry Kasparov sees him as the favorite to win: definitely a big accolade.

One of the most exciting young players of the new generation, Firouzja is one of the fan favorites and a fascinating player to follow. His explosive ascent to the chess elite has been one of the most amazing storylines recently. At the age of 19, he is an extreme outlier in this field: he is seven years younger than Rapport, the second-youngest participant. Radjabov sits on the other end of the spectrum at 35 years of age.

In terms of the world ranking, skill and stamina, Alireza should have a strong shot at winning this whole thing. (Indeed, Carlsen confirmed that his win would be one of the few things that might make him reconsider rescinding the world championship title.) His strategy, however, was to stop playing at elite events in the past few months and go all-in on preparing for the Candidates. His recent showings were wobbly, to say the least. Even keeping in mind that he doesn’t want to reveal his preparation for the big event, this approach might be what capsizes his shot at the big time.

Radjabov’s road to this year’s Candidates Tournament is almost as topsy-turvy as Liren’s: he outright refused to participate in the previous event because of his concerns about the pandemic, and he was proven right when the tournament had to be paused halfway through its run. He called for his reinstatement for the second half (it’s tough to imagine how that would have even been possible): FIDE gave him the wildcard spot for the next cycle instead.

It was a good hustle, but Radjabov’s recent results (most notably his struggles at Norway Chess) don’t suggest that he’s ready for this super-stacked field. At the age of 35, he is the oldest player at the tournament, and it would be a real shock if this would be the time he found the tools needed to fulfill his chess-playing destiny.