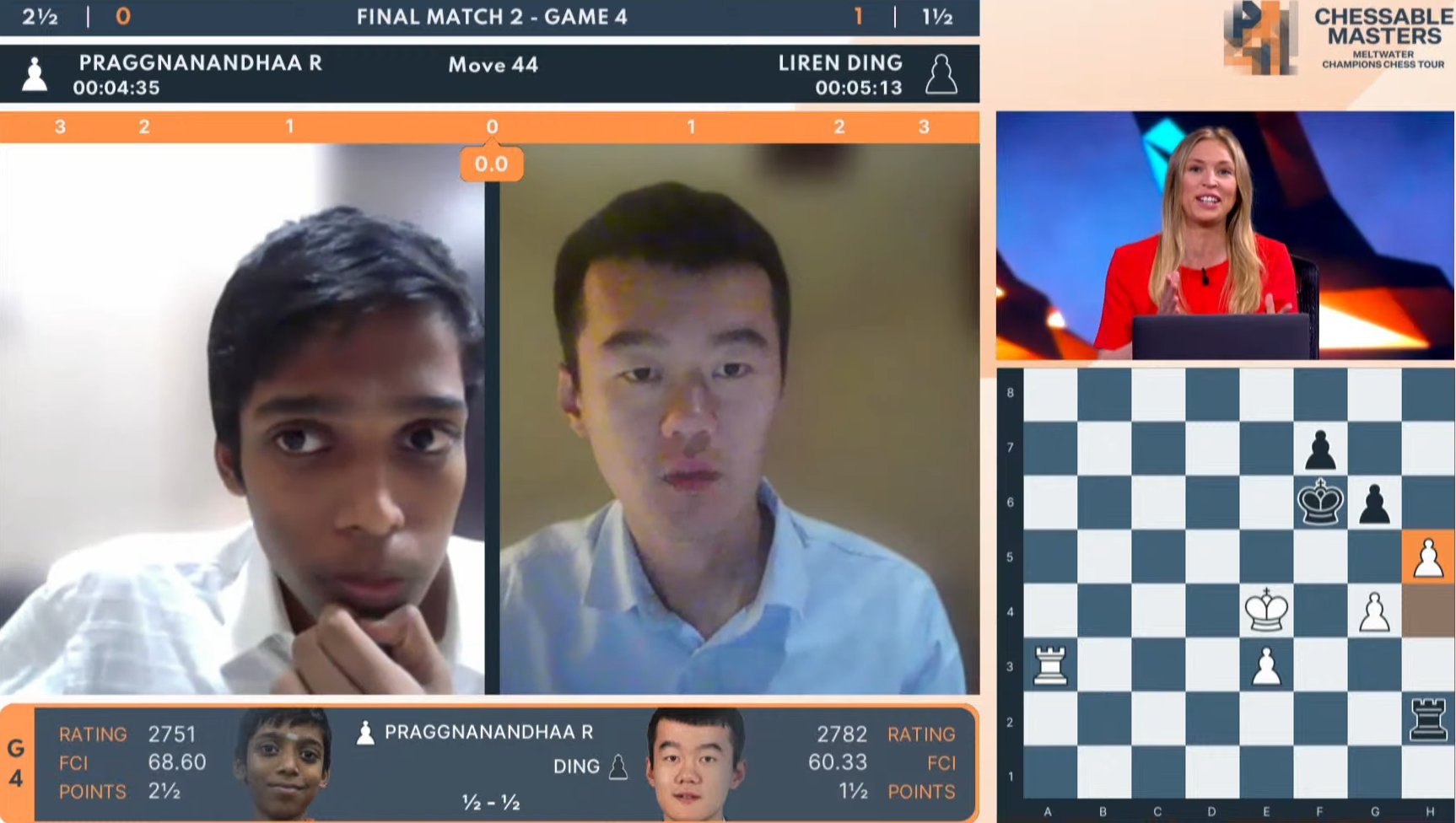 After eight days of action, Chinese grandmaster Ding Liren came out on top of the 16-player field at Chessable Masters 2022, the fourth event of the Meltwater Champions Chess Tour, by defeating Rameshbabu “Pragg” Praggnanandhaa in a close-fought final.

The preliminary stage of this chess event separated the wheat from the chaff. The top three finishers (Anish Giri, Magnus Carlsen, and Liren) only dropped a single game among themselves throughout the entire 16-player round-robin portion. Notably, this victory was scored by fourth-place finisher Pragg over Carlsen in another sensational win by the young Indian player.

These four players all made it to the semifinals, at which point two upsets changed the trajectory of the tournament. Giri was playing incredible chess throughout the event and was undefeated heading into his bout with Pragg but ended up losing the tiebreaker match. On the other side of the bracket, world No. 1 and No. 2 collided, and it was the latter who came out on top. Liren’s victory over Carlsen is all the more impressive considering the massive time zone difference he has to contend with throughout these online events.

All this set up a Pragg vs. Liren final in the end, and the Chinese GM comfortably won the first match of the two by a score of 2.5 to 1.5 but lost the second one by the same score, forcing the series into a tiebreaker. He survived by the skin of his teeth in the first blitz match before winning an incredible time scramble in the second, securing $25,000 for his efforts.

The next event in the Meltwater Champions Chess Tour will take place between July 10 and 17, another “regular” event on the circuit. Next up is the second Major of the season between Aug. 12 and 20. The current leader of the overall standings is world champion Carlsen with 106.5 points, followed by Pragg in second place at 61.25 points.