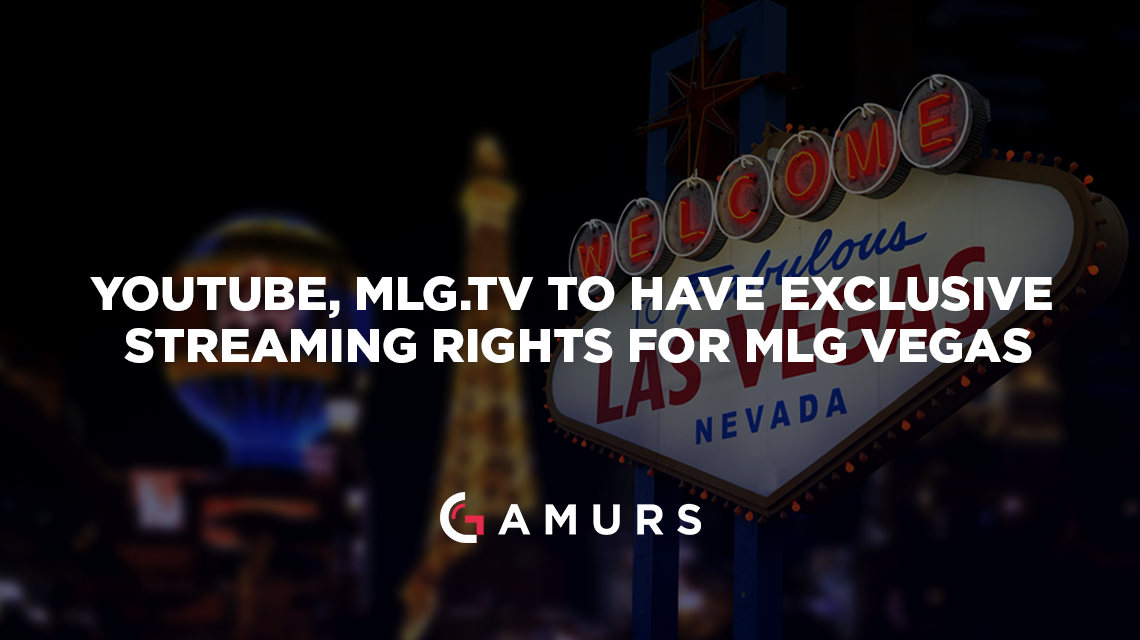 In a statement released Wednesday afternoon, Major League Gaming announced that MLG Vegas will be exclusively streamed on MLG.tv and YouTube, due to a new global distribution partnership.

The event, happening this weekend, will not be streamed on Twitch or carried on any other platforms. This differs from previous events, which have been simulcast to all three platforms. The response from the community has been negative so far, and many believe this is likely to cause considerably lower viewership during the event.

It is unknown whether this new global distribution partnership will impact streaming rights for future MLG events, including the recently announced CWL Atlanta event happening in February.

The full statement from Major League Gaming reads as follows:

“Dec. 14, 2016 – Major League Gaming, a wholly owned subsidiary of Activision Blizzard, announced today a global partnership with YouTube for MLG Vegas to distribute live match broadcasts, news and analysis from the event on MLG’s YouTube channel, in addition to MLG’s proprietary EVE player on MLG.tv. MLG Vegas is a festival and fan experience taking place at the Mandalay Bay Resort & Casino, Las Vegas, on Dec. 16-18. The three-day event will play host to the first open event of the Call of Duty World League (CWL), as well as an Overwatch® invitational, and End Game – a special lifestyle event celebrating digital culture.

Friday will serve as the kickoff to the first CWL event of 2017, pitting 160 teams from around the globe in competition over three days for a share of the $100,000 prize pool. The event will also play host to a $100,000 invitational tournament featuring Blizzard Entertainment’s Overwatch. Eight of the world’s best teams will do battle, pitting their diverse rosters of heroes armed with extraordinary weapons and incredible abilities against each other in pursuit of the crown. YouTube will deliver a premium viewing experience to compliment MLG.tv’s premium fan viewing experience enabled via MLG’s proprietary EVE player.”

You can tune into either MLG.tv or YouTube to watch all of the Call of Duty and Overwatch action this weekend.

What are your thoughts on this decision? Let us know by commenting below or tweeting us @GAMURScom.