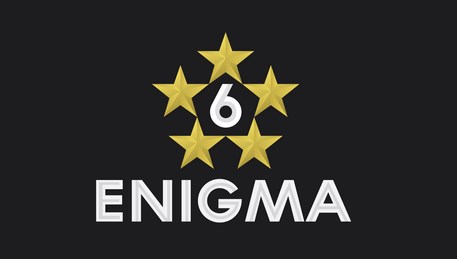 They are sort of an enigma….. Sorry, had to use that joke. Is it used up already?

Enigma 6 is the new hot team in competitive Call of Duty. They are comprised of amateur players that have seemingly come out of nowhere, but really they haven’t. They have been very active in online tournaments, making a name for themselves in MLG and UMG 2Ks and 5Ks on the weekends. They’ve also been running through the competition at local LANs in Michigan, their home state, but you won’t see those achievements on websites like CoD.esportsepedia because professional teams don’t often attend such events.

The roster consists of:

The roster played under Onslaught eSports previous to E6. In fact, they won the MES 10K in January and Gamers for Giving under Onslaught. This is when they were first noticed by some in the competitive Call of Duty community, but they continued to fly under the radar for the majority of people until now because they were too young to participate in the Call of Duty Championship, the largest tournament of the year for players 18 and older.

MRuuiz and Kade had actually been teaming together under Onslaught since Call of Duty Ghosts, and Exib later joined the team after MLG Columbus on Advanced Warfare. The 3 players teamed with Revolt, a co-owner of Onslaught, and won the MES 2.5K event held in November. Revolt later left the team for personal reasons and was replaced by JGeneral, another player who had attended previous events in Michigan. The new roster then won the first two LAN events they attended, a very impressive feat.

“We always knew they had potential and had teamwork like nothing we’ve seen before. That’s their biggest strength,” said Patrick O’Brien, Owner and General Manager of Onslaught eSports.

The organization they now play under, Enigma 6 Group LLC, is owned by General and his parents, who are successful entrepreneurs taking their first dip into the world of eSports. They state on their website that they are looking to acquire top talent and have done so with this Call of Duty roster. With this interesting and unique situation, could Enigma 6 Group become the new Fnatic, Cloud 9, Team Solomid, etc.?

There are no hard feelings from the Onslaught organization. In fact, they remain very supportive of E6. “They deserve everything they are earning and are still brothers to us regardless of the team name. It was a potentially life changing opportunity for them, and I knew the team had potential to become the new face of CoD,” said Patrick in response to the teams recent success.

Their most impressive achievement to date was winning the MES Detroit 10K sponsored by Cinch Gaming, but by the looks of it, they will be needing to update that information soon. Due to their past wins, Enigma 6 travelled to UMG California 2015 as a top amateur team on the minds of pro players and casters alike, highly considered to be one of the teams to make it out of the open bracket and into pool play. They did just that and did not stop there.

Once qualifying for the open bracket, Enigma 6 had to play 4 more matches in close succession, a task not to be taken lightly. Fatigue is an issue that teams coming out of the open bracket must face, but E6 managed to defeat every single opponent in pool D, which included Team EnVyUs, Optic Nation, Team Orbit, and Isolation Empire, winning the pool! Though they were expected to make it to pool play, none of the casters chose E6 to do this well when they made pre-tournament predictions.

In the winner’s bracket, E6 defeated Vexx Gaming and then eLevate to meet Optic Gaming in the finals. Enigma 6 went to UMG California with a goal: to defeat every pro team there. On their list only a few teams remained, including the greatest team in Call of Duty. They managed to take a map off of Optic and played an extremely entertaining Capture the Flag on Retreat that went into overtime, but were dropped down to the loser’s bracket final to face Faze for one last shot at the Grand Finals. Unfortunately, Enigma 6 was not able to make this fairytale story complete, as they lost to Faze and took 3rd place overall.

Without a doubt, this squad is one to look out for in the future of competitive Call of Duty.