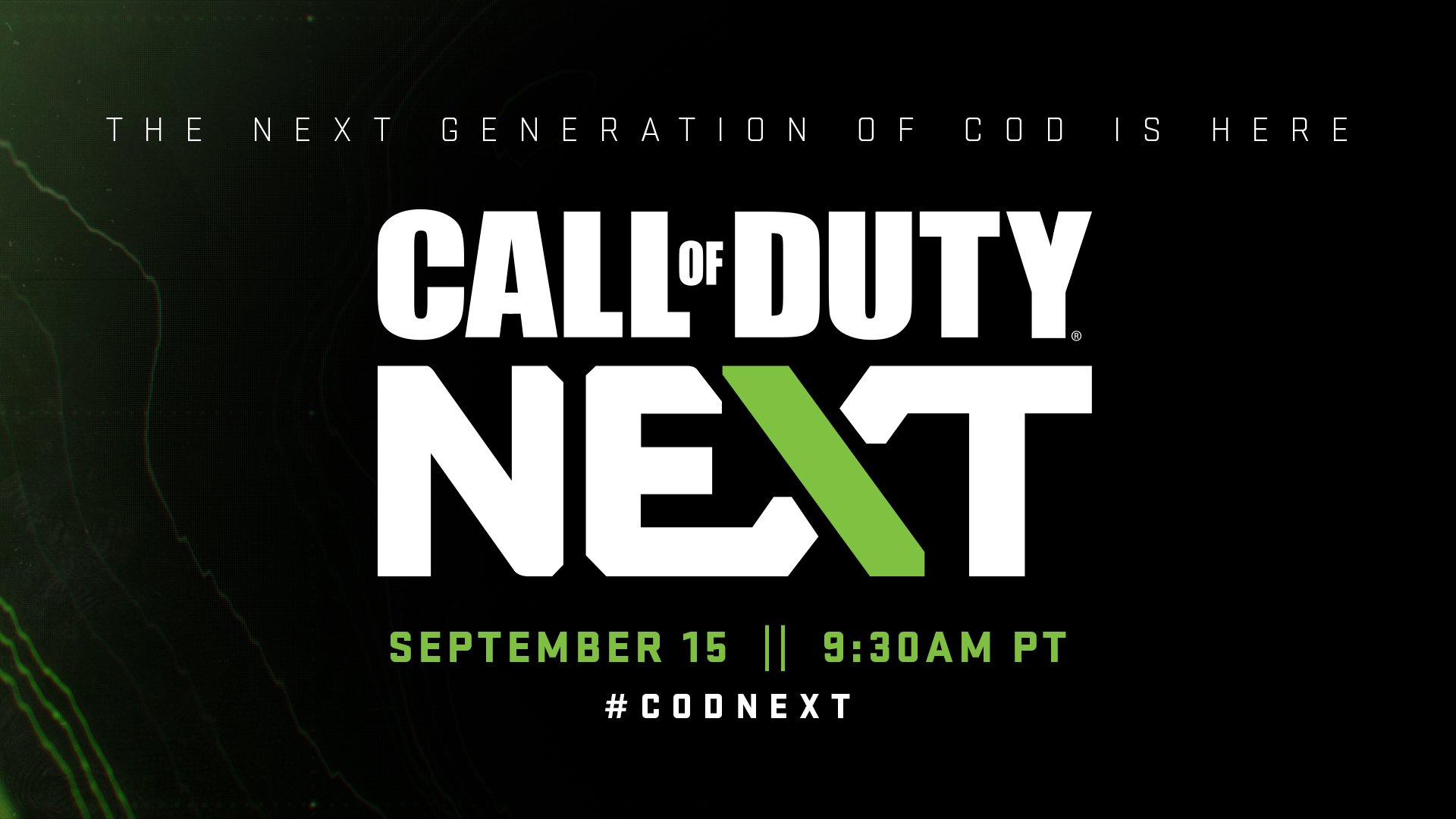 The future of the entire Call of Duty franchise is about to be revealed.

Call of Duty: Next is a massive live stream event. Modern Warfare 2 multiplayer, Warzone 2.0, and Warzone Mobile will all be on display on Sept. 15. The stream can be found on Call of Duty’s Twitch, YouTube, Twitter, and Facebook.

Here’s everything to expect during CoD Next, according to Activision:

A slew of top streamers will be livestreaming their gameplay from the event, as they will likely be showing off MW2’s multiplayer gameplay for the first time. Your favorite CoD streamer will probably be attending.

And here’s when to tune in for the event.

What time does CoD Next start?

Here’s when to tune in to CoD Next in multiple regions throughout the world:

Call of Duty: Modern Warfare 2 releases worldwide on Oct. 28 on PlayStation 5, PlayStation 4, Xbox Series X|S, Xbox One, and PC via Steam and Battle.net.