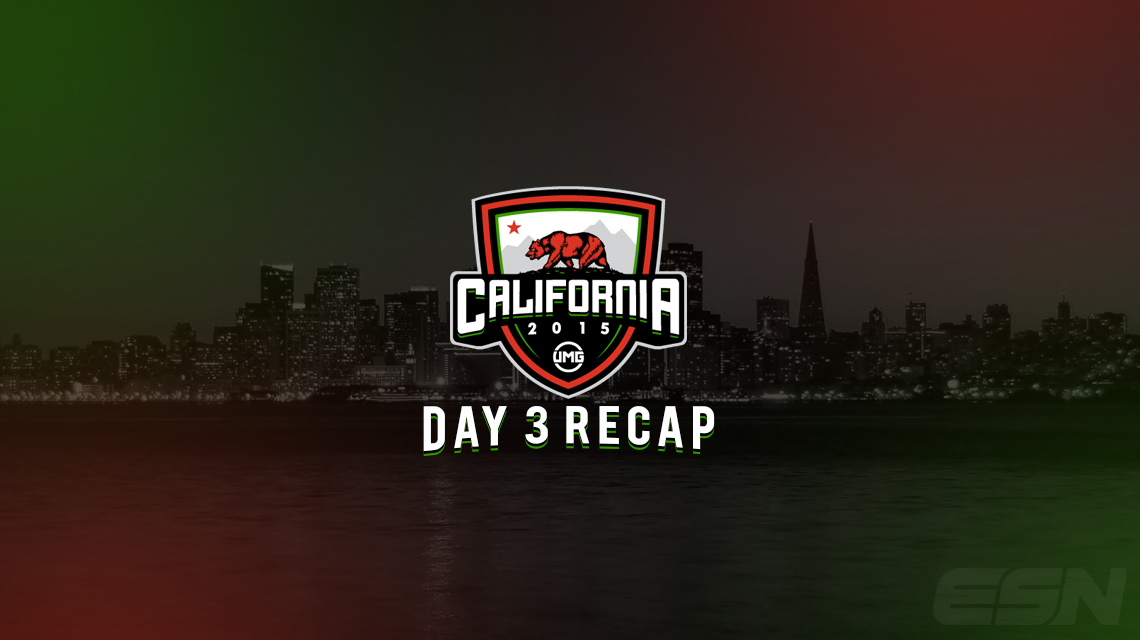 Championship Sunday was filled with high-intensity matchups and loads of excitement as your UMG California champions were crowned for Call of Duty: Advanced Warfare. So, how did teams fair against each other?

Congratulations to your UMG California 2015 Call of Duty: Advanced Warfare Champions, OpTic Gaming. After winning the last two consecutive events in-a-row with Ian “ Enable” Wyatt, the roster was finally able to claim a championship with their full squad.

OpTic Gaming will be receiving a total of $16,000 in prize money, and their third consecutive title.

Special thanks to our sponsors Scuf Gaming and G Fuel Energy for powering us throughout the event. We couldn’t have done it without them.

Interested in seeing how the team you support placed? Check out our UMG California: Final Placings.

Enjoyed this weekend’s coverage and content? Stay tuned for more at the upcoming event, MLG X Games over at our Twitter – @eSportsNation.