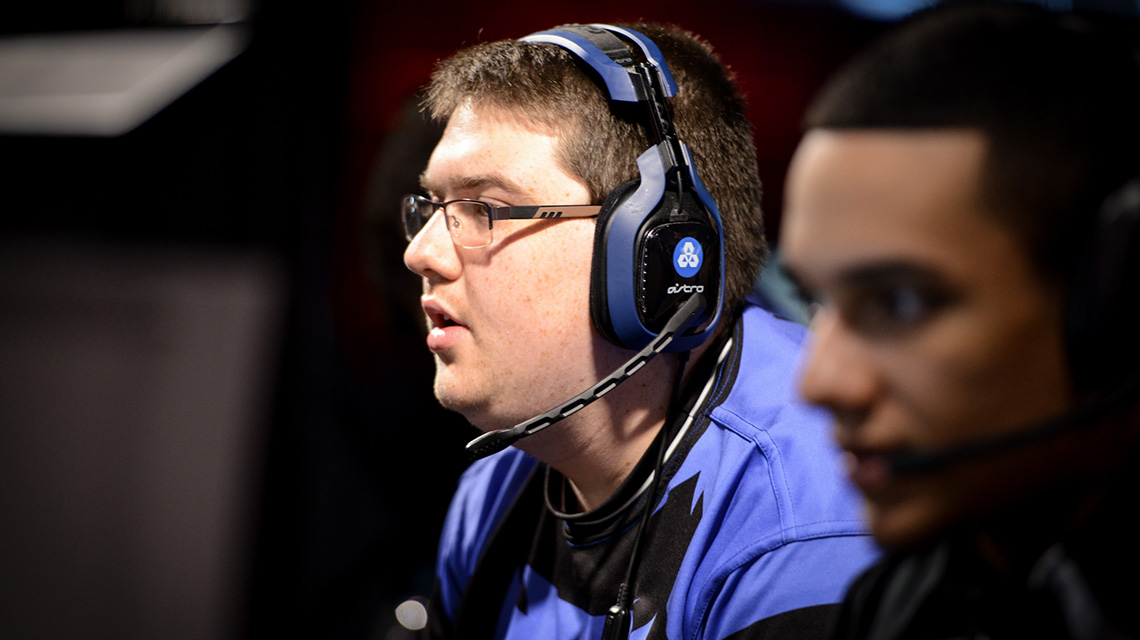 With CWL Dallas just one week away, several teams are tirelessly preparing for a rigorous run through the open bracket. Over 100 teams will battle it out in the open bracket for one of the four spots in pool play; and one of these teams is Projekt Evil.

Jeff M., the founder and CEO of Projekt Evil, provided some background information about his organization, and is really excited about his team competing this season.

“Projekt Evil has been around for a year,” Jeff said. “We started out as a highly talented group of mostly streamers and YouTubers, but upon the release of Infinite Warfare, I decided to take things to the next level and have this organization compete on a national level against some of the greatest players in the world. We have come a long way since then and are going in the right direction, however, we still will not be satisfied until our goal of competing at an elite level has been met.”

Looking at this roster, most Call of Duty fans won’t recognize three of the names, but almost everyone in the scene should know who Twizz is. Twizz is a veteran in the Call of Duty community, as he’s been competing since 2011, when Major League Gaming first added Call of Duty®: Black Ops to the pro circuit.

Since then, Twizz has played for a number of notable organizations, including Team EnVyUs, Curse, Denial Esports, Team JusTus, Strictly Business, Team Orbit, and more. Most recently, Twizz competed under The Gosu Crew banner, where he had two rough placings at CWL Atlanta and CWL Paris.

Now, Twizz has found a new home in Projekt Evil. When he joined this organization just a few days ago, Projekt Evil already had a team-of-three, but it seems like Twizz was the missing piece. “They were already a pre-existing team-of-three and they contacted me to play in the 2K and I was down,” Twizz said. “We decided to team for Dallas after the 2K and some scrims.”

In last weekend’s GameBattles 2K tournament, Twizz and Projekt Evil finished top-32, where they were eliminated by the eventual-tournament winner, Enigma6. As a newly-formed team, Twizz likes the progress that this roster has made in such a short period of time. “So far, things have been looking pretty solid,” Twizz said. “We’ve been getting on around 4:30 every day and have been practicing about eight to 10 hours per day.”

With all of his experience competing in Call of Duty over the past seven years, Twizz has taken on a leadership role for Projekt Evil in order to continue the development of this team. “I definitely feel the need to step up more so than ever in the in-game leader role,” Twizz said. “I preach communication and small things in game.”

Overall, despite just joining this team and getting acclimated to his new teammates, Twizz expects Projekt Evil to perform well at CWL Dallas. “As far as my expectations going into Dallas, I definitely expect a decent placing,” Twizz said. “Anything is possible in the open bracket with best-of-threes.”

In order to ensure that Projekt Evil gets the best placing possible, Twizz is not focused on his future or the future of this team at all; he is simply concentrating on CWL Dallas. “Right now, Dallas is my only focus,” Twizz said. “I can’t really know my plans and future past it because it depends on how Dallas plays out.”

Twizz will make his LAN debut with this new Projekt Evil roster at CWL Dallas, which takes place next weekend (March 17-19) at the Fort Worth Convention Center in Fort Worth, Texas.

How do you think Projekt Evil will do at CWL Dallas? Let us know by tweeting us @GAMURScom.