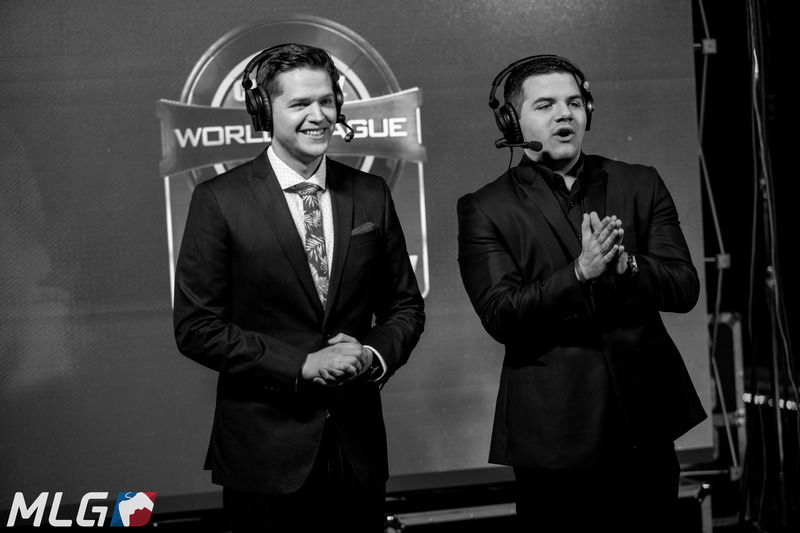 The second season of the Call of Duty World League Global Pro League kicked off last weekend, and with it came some excellent in-game moments.

Four of the best teams in the world competed for a chance to qualify for the $500,000 Stage Two Playoffs, which led to some tremendous clutches and kill streaks.

There were so many great matches this weekend, which made it that much more difficult to narrow down the list to just five plays. This means that there will most likely be more than a handful of great plays that didn’t make the cut—such as Bradley “wuskin” Marshall’s one-on-one FTL kill against Sam “Octane” Larew, or Josiah “Slacked” Berry’s easy one-on-two clutch against Evil Geniuses.

Related: “Daddy’s home” and other top plays from CWL Anaheim

Here are the top five plays from Group Red of Stage Two in the CWL GPL.

With the match tied at one game apiece, the series between Luminosity Gaming and Fnatic transitioned to Precinct Uplink.

In the opening 30 seconds of the game, Fnatic’s Matthew “Skrapz” Marshall had what appeared to be an easy two-point dunk—but Luminosity’s Nicholas “Classic” DiCostanzo had other plans.

As Skrapz got within inches of the portal, Classic body-blocked the score attempt by jumping into the goal with Skrapz. This made it so the points didn’t count—in basketball terms, this is the closest thing to a blocked shot in Uplink.

This play was even more impressive because Luminosity proceeded to take the drone out of their base and score two points of their own to take an early lead. Although Luminosity eventually lost this map, it was still an exceptional play by Classic, which is just one clip that shows why many people consider Luminosity to be the best Uplink team in the game.

Christopher “Parasite” Duarte went on a tear against Mindfreak in Evil Geniuses’ first match against the Aussies on Saturday.

Playing on Throwback Search and Destroy, Parasite started his hot streak with a remarkable one-on-one gunfight win in the fourth round—even Parasite’s teammates were in awe that he got the kill.

By the sixth round, Parasite already had seven kills, but Evil Geniuses was down 3-2 in round count. Then, in this sixth round, Parasite used his FTL Jump payload ability to secure three more kills and the round win for EG. Parasite played well throughout this entire map, but his play in this particular round completely turned the tides of the game in EG’s favor.

Parasite ended up with 16 kills, the most by one player in any Search and Destroy game this weekend, and EG went on to win the map and series against Mindfreak.

The CWL Anaheim Open MVP shows up on this list with his impressive play against Evil Geniuses on Friday. In the fifth round of Search and Destroy, Luminosity planted the bomb, but EG quickly eliminated all of Octane’s teammates—but they couldn’t get past Octane himself.

Octane was behind the bus near the A bomb site in this one-on-three situation, and he picked off the players on Evil Geniuses as they flew at him one by one.

Although Evil Geniuses probably could have coordinated a more effective team push to eliminate Octane, this play still shows just how dominant the MVP’s turret-like NV4 shot is.

This play was one of the most impressive feats of the entire weekend. Fnatic defeated Luminosity 3-2, in a game five round 11—and this was also Luminosity’s only series loss all weekend.

In round 11 on Crusher Search and Destroy, Fnatic had the bomb planted and a man advantage. But Octane picked off wuskin to earn his Active Camo payload, which he immediately used to take down Skrapz.

Fnatic’s captain, Tom “Tommey” Trewen, responded by eliminating Octane, putting himself in a one-on-two situation. Tommey proceeded to use his Reactive Armor payload to take down Renato “Saints” Forza, and the veteran quickly ran around to find and kill Slacked, securing the series victory for Fnatic.

This was a huge moment for Fnatic, especially because it was their first match on Sunday, which most likely means this victory gave the Europeans a lot of momentum heading into their match against Evil Geniuses.

Of course the top play of the weekend came from the final match on Sunday night. Fnatic and Evil Geniuses battled it out for the second time with Group Red’s final playoff spot up for grabs.

Fnatic was in another round 11 situation, this time on Retaliation Search and Destroy. EG’s Colt “Havok” McLendon found first blood to open the round, but Tommey responded with three kills of his own. Meanwhile, Havok took out Gurdip “SunnyB” Bains and Tommey to make it a one-on-one situation against wuskin.

Wuskin had a slight advantage because he knew where Havok was thanks to his mini-map and Tommey, who was just killed by Havok and could make the proper callout to his teammate. Although Havok was head-glitching the bomb, wuskin jumped up over the green van by Bike Shop and melted Havok with an NV4 to punch Fnatic’s ticket into the Stage Two Playoffs.

This was a remarkable kill, especially in such a high-pressure situation. If Havok earned the ace that round, the series would have been tied at 1-1, but with EG holding all the momentum. Instead, wuskin took matters into his own hands and made sure that his team would get the opportunity to compete in the $500,000 playoffs later this month.

Call of Duty fans will be hoping for more great plays and clutches this weekend when Group Blue kicks off at the MLG Arena in Columbus, Ohio on Friday, July 7.