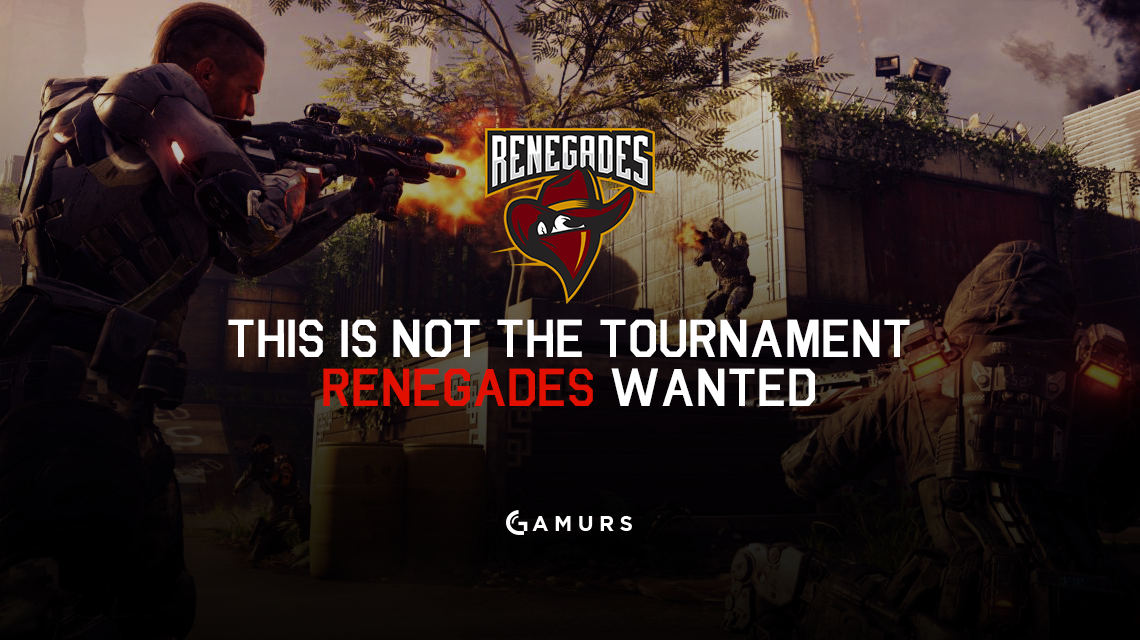 Renegades entered Call of Duty esports with the pickup of the ex-Dream Team roster just days before the Call of Duty World League Championship. Ownership of the Renegades brand just saw a change of hands, with professional basketball player Jonas Jerebko now in charge. Signing his new Call of Duty team is one of the first moves he made.

Renegades were the top seeded team in Group D, joined by fellow North Americans on Team Allegiance and two European rosters, Epsilon and Pulse Gaming. Renegades were one of six North American teams to automatically qualify for the tournament based on CWL points accumulated throughout the year, and they even placed second at the Stage 2 Finals. They don’t have many other placings worth boasting about.

However, no one expected Renegades to fail so hard at the event this weekend. Their very first match was against Epsilon, who are not considered to be amongst the top tier European teams. Epsilon managed to win the series 3-1.

“We didn’t really show up to play,” Steven “Diabolic” Rivero told GAMURS after the Epsilon match.

Also after the match, Adam “KiLLa” Sloss tweeted out, “…I was lagging on LAN, can’t believe this…Wasn’t [a] controller [issue] it was [the] network.”

“It was all of us, but it happened to him in a clutch situation,” said Diabolic.

The next match on day one was delayed by several hours, but it pitted Renegades against Team Allegiance. This was the match that placings within the group would rely upon, and Renegades desperately needed to come out with a win. Unfortunately, it went the other way after going to map five.

This loss eliminated Renegades from the tournament, though they had one more match left against Pulse Gaming. Apparently, KiLLa didn’t think it was worth playing, even for bragging rights, because he didn’t show up for it. This automatically forfeited Renegades, giving them a final record of 0-3 at the tournament.

KiLLa has had a long career in competitive Call of Duty and is even a World Champion. He won the event with Fariko Impact on Black Ops II, but has not been close since. Had Renegades showed up to play this weekend, he could have gone far.

Despite his antics, KiLLa fills a leadership role for his team.

“He’s been like a mentor for most of us,” Diabolic said. He even gives the team inspirational speeches.

But on the second day of CoD Champs, Diabolic and the rest of the team were left in the dark. They apparently were unaware that KiLLa would not show up for the match. Maybe he meant to, but even at the time of this article he has not posted anything to his Twitter page.

Is this the last time we see KiLLa at a Call of Duty event? Tweet us @GAMURScom.

Josh Billy is a long time Call of Duty fan and can be contacted by email at [email protected]or on Twitter @Orbit_CH3MISTRY.