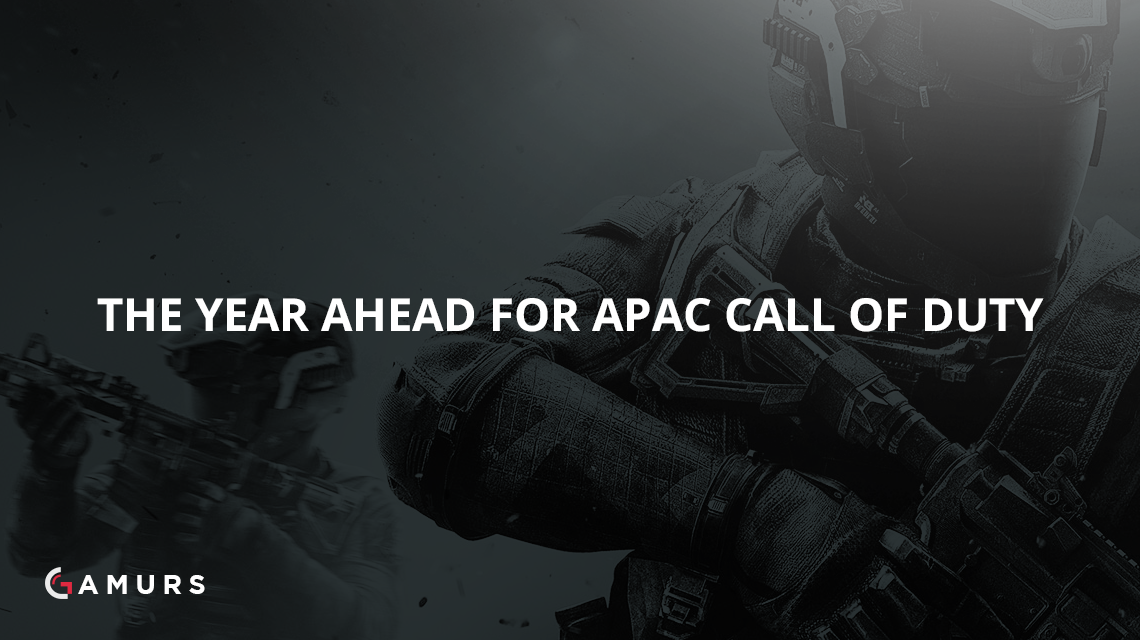 Last year, the Call of Duty World League brought much-needed support to teams in Australia and New Zealand. The league made Call of Duty a legitimate career path for players in the region, and this year support will expand to include the entirety of the Asia-Pacific (APAC) region.

APAC teams have surprised the world at the Call of Duty Championship on multiple occasions. Coming in as the underdog, Trident T1 Dotters placed fifth overall in 2014, and Mindfreak placed sixth in 2015. Despite their growth in 2016, however, APAC teams were not nearly as successful at the championship. All four teams were unable to escape group play, but this has been largely attributed to the rise of European Call of Duty in 2016, which in turn, is attributed to the league.

2017 is a new year, however, and APAC teams are determined to let the world know they can hang with the North Americans and Europeans. They have the opportunity to impress in the Global Pro League, which will include 16 teams total and one from APAC. This would increase exposure for APAC teams like they have never seen before, especially if the team representing the region performs well. But again, only one APAC team will be in the league.

In terms of exposure, APAC Call of Duty is not off to a good start. This weekend, the Call of Duty World League kicked off the Infinite Warfare season with a special invitational at the PlayStation Experience. Among the eight teams invited, six were from North America and two were from Europe. Several of North America’s top teams were not in attendance (OpTic Gaming and Team EnVyUs) because they declined the invitation, but it does not appear APAC teams ever received an invite. On top of that, MLG Vegas, the first open event of the year, recently changed its status from “North American teams only” to “international teams welcome.” Four European teams are confirmed to attend, but on the same day of the rule change, team passes sold out. APAC teams were apparently not told about the change to MLG Vegas ahead of time, and therefore, none were able to secure a team pass for the event.

The Call of Duty World League also announced an open event in Atlanta, Georgia (Feb. 10-12) and another in Anaheim, California (June 16-18), along with the promise of a fourth global event in the works. International teams are welcome to attend all of these events, which all happen to be located in North America. At this time, no events have been announced in Europe or APAC, but Activision is apparently working on some.

“In addition to the global North American competitions, fans in Europe and APAC will have the chance to compete in regional LANs. More details around EU and APAC LANs will be coming soon,” Activision stated in a press release.

Even after all of the announcements made at the PlayStation Experience, there are still a lot of questions left unanswered. APAC players are especially eager to learn what the future holds, because so far it sounds as if only one team will be participating in the CWL. Will there be regional leagues? Oddly enough, this was not even mentioned during the stream. If there are regional leagues, how much money will go into them and how many teams will be participating?

While players in APAC are even more curious than before, they are still grinding Infinite Warfare in preparation for whatever is coming. To better familiarize fans with the APAC Call of Duty community, let’s take a look at some of the top teams in this region:

The longest standing professional roster in the region, and also the world, Mindfreak has been the most successful APAC team to date. Needless to say, their roster remains unchanged since CoD Champs.

The current Mindfreak roster formed at the start of the Advanced Warfare season and went on to place sixth at the 2015 Call of Duty Championship. Their achievements list is filled with first place finishes, and their regional domination has not slowed down. Mindfreak goes into the Infinite Warfare season as the top contender in the APAC region once again.

The ex-Orbit roster was clearly the second best APAC team in the later half of the Black Ops III cycle. At Champs, the team got stuck in a group with the tournament champions, Team EnVyUs, and top-six finishers, Cloud9.

In the offseason period before Infinite Warfare was released, Orbit dropped their APAC roster and picked up a European team. The team also made a player change, dropping Bacabec and picking up Hayden “Damage” Handakas, who previously played for Tainted Minds in the Call of Duty World League.

The ex-Orbit roster is still looking for an organization to represent in the Call of Duty World League on Infinite Warfare. They remain a top team in the APAC region and are expected to perform well once again in the new season.

Also in attendance at the 2016 Call of Duty World League Championship, The Chiefs had the poor luck to land in the same pool as their APAC rivals, Mindfreak, as well as a solid North American squad, Luminosity, and European dark horse, FAB Games.

While playing with the same roster in the Call of Duty World League throughout Black Ops III, The Chiefs made two roster changes just after CoD Champs ended, dropping macka and Rival and picking up Lakie and Excite.

The Chiefs were consistently a top-four team in the APAC region last year and surely expect to do even better this coming season. On a new game, there is always the possibility to shake up the current hierarchy.

With little information about how the Call of Duty World League will operate in the APAC region this year, a lot of teams are half-full and many players are considered to be free agents. Some of the more notable players listed as free agents at the moment include:

While several questions remain unanswered in terms of this region’s Infinite Warfare season, the APAC region will definitely provide a lot of intense Call of Duty action in 2017.