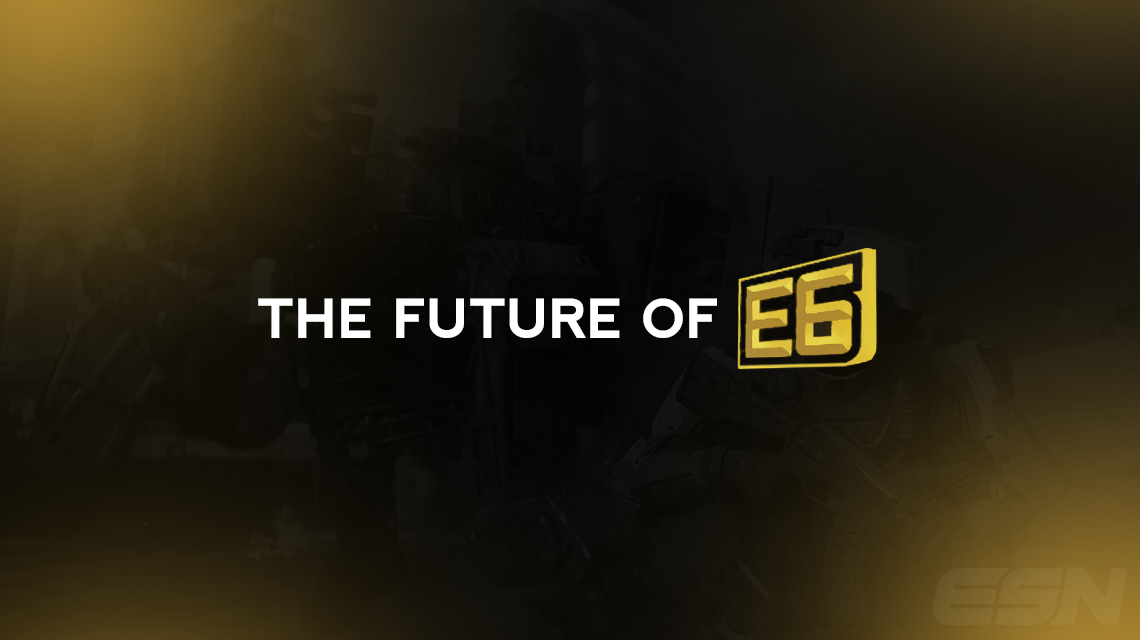 An organization like no other, Enigma 6 has taken the Call of Duty competitive scene by storm, and it doesn’t look like they’ll be leaving anytime soon.

Though the organization has only been around for about five months, it has already been making headlines. Just about three months after its inception, E6 was even featured here on eSportsNation in an article headlined ” Enigma 6: Turning Heads at UMG California.” Three months. That is all it took for the guys E6 to make a name for themselves and get sponsored by Scuf Gaming. However, this was never the plan for the family-run organization based in Michigan. I was able to get in touch with Jordon ” General” Holloway, and he helped shed some light on the team’s history.

E6 is an organization that isn’t interested in money. The main focus for them has always been helping other members of the community. It all started at a local event in Michigan, where General and his parents decided to get involved.

“We overheard an organization owner tell their team that they only had $7 for food, so they couldn’t feed everyone,” said General. “We felt we could provide an opportunity for kids to help give them their shot and have fun. We didn’t want the drive for money to be the only focus.”

Since their incredible run at UMG California, people have been asking a lot about the squad that finished second place and took down some heavy competition along the way.

Everyone in the community, including me, has been wondering what Enigma 6 means ever since they broke out at UMG California.”If you’re still in the dark on the subject,” said General, “let me enlighten you. Enigma is a mystery (Batman) and the “6” means ‘I have your back.'”

At its core, the E6 organization is all about helping the community and helping each other. As General said, “Respect is key in order to be part of E6 and be under the Enigma 6 organization.”

General: The Captain and CEO

At just 16 years old, General is the CEO of E6, and shares the views of his organization. He is dedicated to the game, but more than that he wants to help others. He’s been playing Call of Duty for a long time and has quite the background in gaming.

General has been playing CoD since “Finest Hour,” which came out 11 years ago. He would have been 5. Just think about that. At the time though, his main focus was not on CoD. His game of choice at that point was Halo.

From Halo: Combat Evolved, all the way up to Halo 4, General has been honing his gun skills. It wasn’t until Black Ops II League Play however, that he even considered playing CoD competitively. Even then, Ghosts was really when he dove into the scene and dedicated himself to the game.

“I compete in CoD because I want to be the best,” said General. “I practice all the time and try to make myself better and smarter as a player. It’s not really a secret, but the money doesn’t drive me. I donate most of my winnings. I play because I genuinely like to compete and love the game.”

General doesn’t even tell his classmates what he does, because “it’s not about that for [him.]” Even though he is one of the up-and-coming top slayers in the game, General has said that he’d “like to think” he doesn’t stand out from the crowd.

Though he hasn’t released much information about it, #E6ARMY is a Movement that General has decided to create to help give back to young kids and teens in the community that have been victims of bullying. More details will be announced by General later, regarding the Movement.

With Kade and ExiB mysteriously splitting form the team after their incredible performance at UMG California, E6 failed to meet expectations at the Season 3 Relegation event. General and Mike ” MRuiz” Ruiz found themselves on the sidelines as Season 3 of the Pro League began, and they were looking for two players to complete their squad: Enter Christopher ” Parasite” Duarte and Jordan ” ProoFy” Cannon.

A CoD veteran, Parasite has been on the scene for quite some time, but attitude and team chemistry problems have forced him out of many successful organizations. Nonetheless, he is a talented player, and it appears things are different this time.

Parasite was “elated” to join E6 after he noticed their incredible potential as a team. The main factor according to him: “General and MRuiz are both very talented and have communication skills which I know most pro players even lack.”

After making short stints with several teams, the former world champion is determined to prove that he is still one of the best in the game.

“I just want to win and prove all the people who constantly doubt my ability wrong,” said Parasite. “We at E6 all have the same goal.”

ProoFy was announced as the fourth player on the team just one week ago. A proven player in past CoD titles, most notably during Ghosts when he won MLG X Games with OpTic Gaming, ProoFy has struggled to find a successful team during Advanced Warfare. Still, he is a veteran in his own right, and a major name on the team.

This team and organization are built on the same grounds: Teamwork, respect, cooperation and selflessness.

You can catch E6 at UMG Dallas this weekend, competing in Pool B alongside FaZe Clan, Rise Nation and ROD Squad.

“Win or lose we are a family… which means, it’s a win already.” – General

Stay up-to-date with all eSports news over at our Twitter – @eSportsNation.