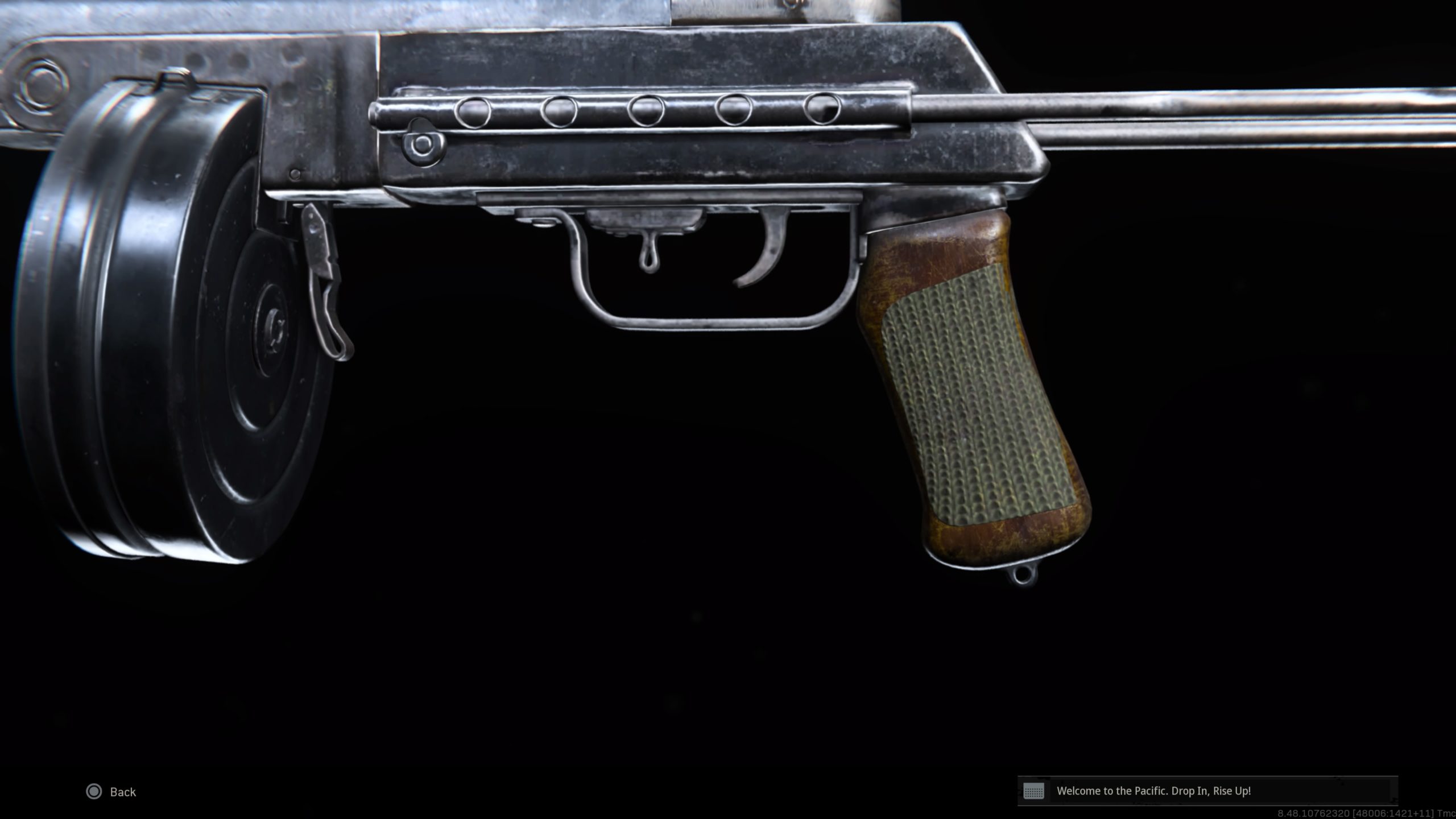 A sweaty Call of Duty: Warzone player is only as good as their loadout, and a loadout isn’t complete without a close-range weapon to help disintegrate the enemy’s armor.

While Warzone Pacific’s Caldera seems best-suited for long-range guns, assault rifles excel when paired up with a close-range submachine gun. The Vanguard version of the PPSh-41 is a solid choice due to its high fire rate and bullet-hose capabilities.

Vanguard’s PPSh-41 is the second version of the World War II-era submachine gun in Warzone. A seasonal Black Ops Cold War content drop also added another version of it to the game, but the newest iteration might be stronger.

Here’s the best set of attachments for Vanguard’s PPSh-41 in Warzone.

The PPSh-41 isn’t meant to be used in mid-range or long-range scenarios, especially when it comes to this specific build. This weapon is strongest when used in close-quarters combat, like when pushing into buildings or being attacked by enemies up close.

The 71 round magazine turns the PPSh into a bullet-hose, which is especially important in Warzone to help chunk down enemy armor and be able to finish them off in one fell swoop without swapping guns or having to reload.

The Recoil Booster is fun to use because the PPSh’s fire rate is already incredibly fast. This adds to its DPS output by making it fire even more quickly. But using it outside of close-range scenarios can result in an immediate trip to the Gulag.

If aiming down sights is not your thing, then try out this build in Warzone. It’s built fully around hipfire accuracy, meaning it is a beast up close, and probably even further than you think all without having the need to aim.

All of these attachments are chosen with the purpose of making hipfire accuracy as strong as possible. You will notice the smaller reticle on-screen when pulling out this PPSh up close inside of Caldera’s buildings.