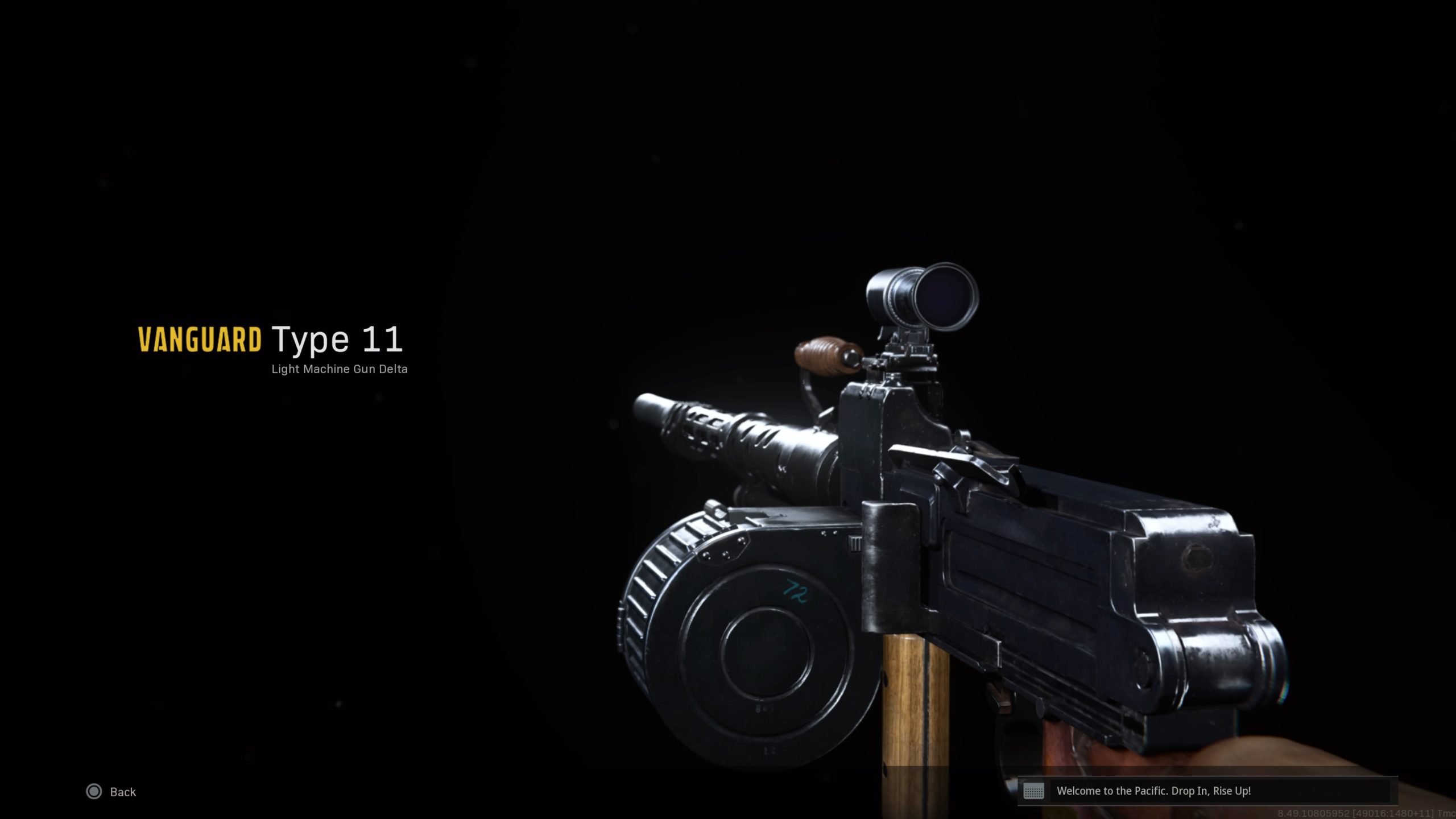 Of the 30-plus guns added to Call of Duty: Warzone in its Pacific update, the Type 11 is a bit under the radar in the meta, but it can be quite fun to use in Caldera.

In real world application, the Type 11 was used by Japanese forces during and after World War II. It’s a modified version of a French LMG called the Hotchkiss M1909 Benét–Mercié, and it’s now part of Warzone’s growing arsenal of guns.

The Type 11 is one of the lighter LMG’s in the game, allowing decent mobility for its weapon class. This means it will basically replace an assault rifle in your primary slot for your loadout, and whether you decide to pair it with an SMG or AR in the second Overkill slot or run it with the Ghost perk is up to you.

Here’s the best set of attachments to use for the Type 11 LMG in Warzone.

When it comes to LMG builds in Warzone, their strengths are accentuated by large magazines and low recoil. The Type 11 has both of them with this set of attachments in the Gunsmith.

This build focuses on accuracy, and several of the attachments help buff the gun in such a way that it turns into something of a laser beam that does not have much recoil. If you mount up with it, there’s basically none.

Make sure to use the 6.4mm Sakura 90 Round Drums because the Type 11 struggles a bit when it comes to firepower, meaning you will need every last bullet of the 90 available to maximize your ability to chunk down enemy armor and finish them off before they can crawl away and revive.