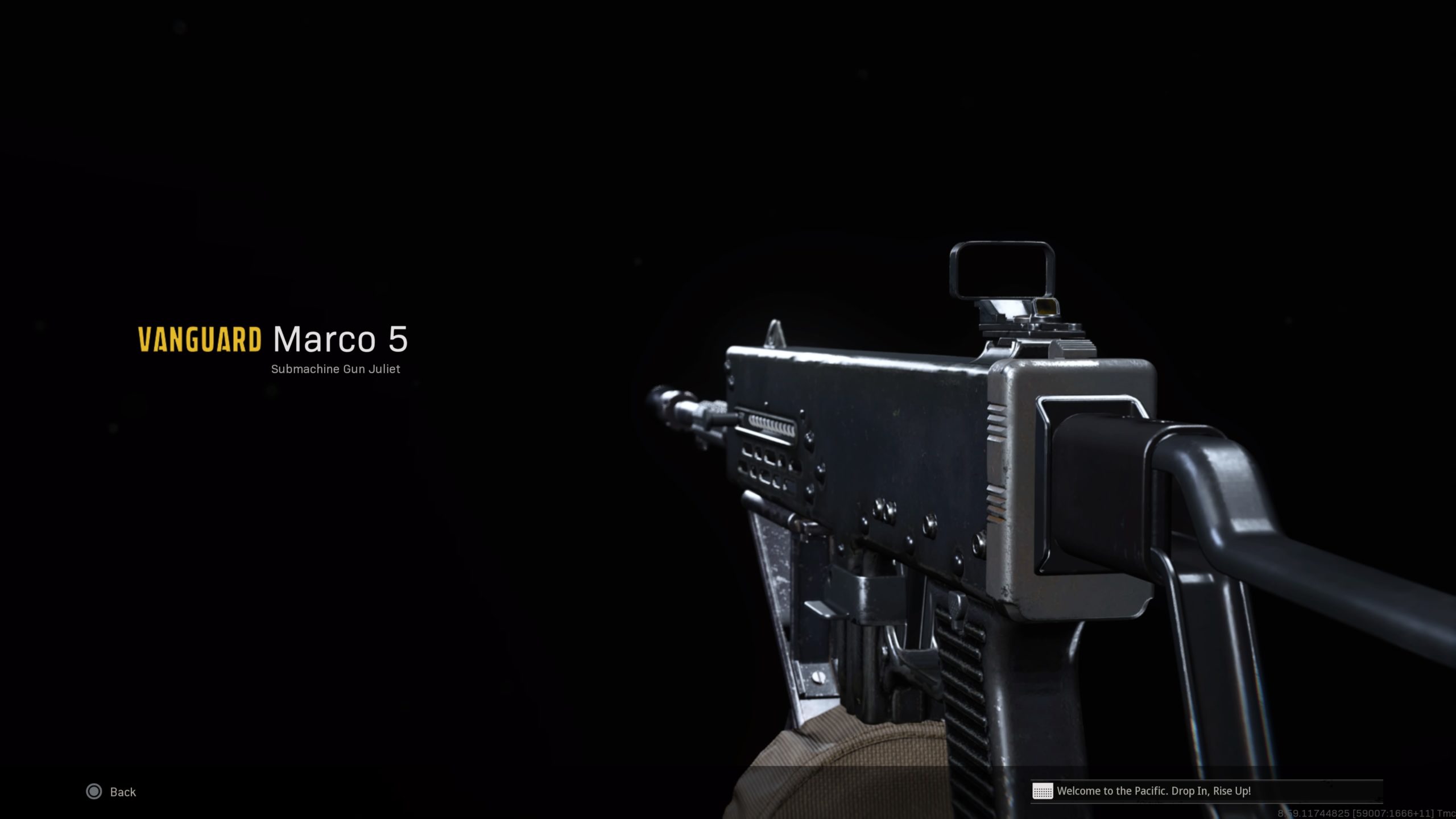 Another new submachine gun has joined the roster of weapons in Call of Duty: Warzone as part of season four. The Marco 5 SMG can be unlocked in the battle pass and thrown into a loadout to run wild on the new small-scale map, Fortune’s Keep.

“Considering its relatively noticeable recoil and damage falloff at longer distances, the Marco 5 is best when fired from the hip at closer ranges,” Activision said about the new gun. This is an apt assessment for the SMG, which flourishes up close and falls off mightily at long range.

While the Marco 5 can be dual-wielded with the Akimbo perk, it works best as a solo SMG in Warzone. But if you’re the type that likes to have a large magazine gun in each hand, then we have a loadout for you as well.

In season four, it’s one of the most popular guns in the game, whether in battle royale on Caldera or Resurgence on Fortune’s Keep.

Here is the best set of attachments for the Marco 5 in Warzone.

The Marco 5 truly is for the most “cracked movement” players in the game. Its mobility is its biggest strength, allowing players to simply out-strafe, out-slide, and out-dodge their enemies with swiftness that not many other guns in Warzone are able to boast.

This loadout’s attachments specifically focus on buffing the SMG’s damage, range, fire rate, and mobility, turning into a solid option as the secondary slot for close-quarters combat in an Overkill loadout.

While formidable, the Marco 5 has no place in dealing damage outside of medium range. Pair it up with an assault rifle like the STG, NZ-41, Cooper Carbine, or even a sniper or marksman rifle to make sure you have all your bases covered on Caldera or Fortune’s Keep.