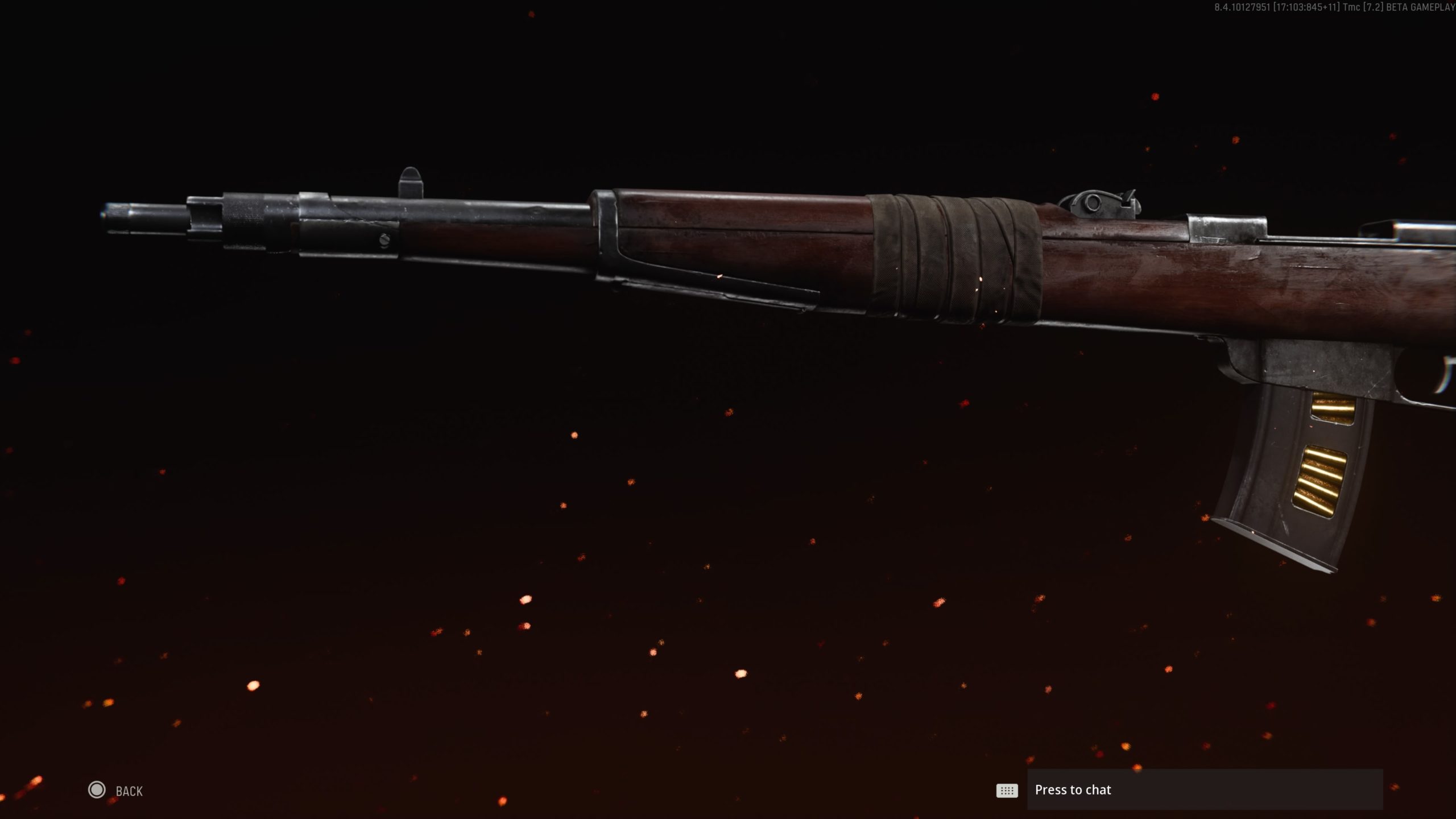 Assault rifle players will most likely find something to love with the ITRA Burst rifle in Call of Duty: Vanguard.

The ITRA Burst’s real-life counterpart was called the Breda PG and it was the first semi-automatic burst rifle of its kind. The gas-operated rifle has a 20-round magazine and fires four-round bursts.

It was originally used during WWII by Italian forces, using 6.5x52mm rounds of only semi-auto fire. A Costa Rican variant of the same weapon had an automatic fire mode with a four-round burst limiter, marking it as the first.

Fans of previous four-round burst weapons in CoD like the M8A1, IMR, or M8A7 will find a home with the ITRA Burst. It behaves similarly and operates the same way, allowing players to fire from a distance and take enemies down in just a few bursts.

Here’s the best way to equip the ITRA Burst in Vanguard.

The ITRA has a 20-round magazine by default, meaning it can only shoot five bursts before having to reload. So let’s quickly remedy that by equipping the 32-Rnd Drums in the magazine slot. Now you’re ready to rock and roll.

It will take a while to fully level up the ITRA to the point where you can equip these attachments to really help it shine, but when you do, it’s a satisfying weapon to use across Vanguard’s wide-open combat arenas.

Keep your distance, though. Like all burst rifles, the ITRA will get dominated up close by anything with a fast fire rate, like an MP-40, Sten, or other assault rifles.