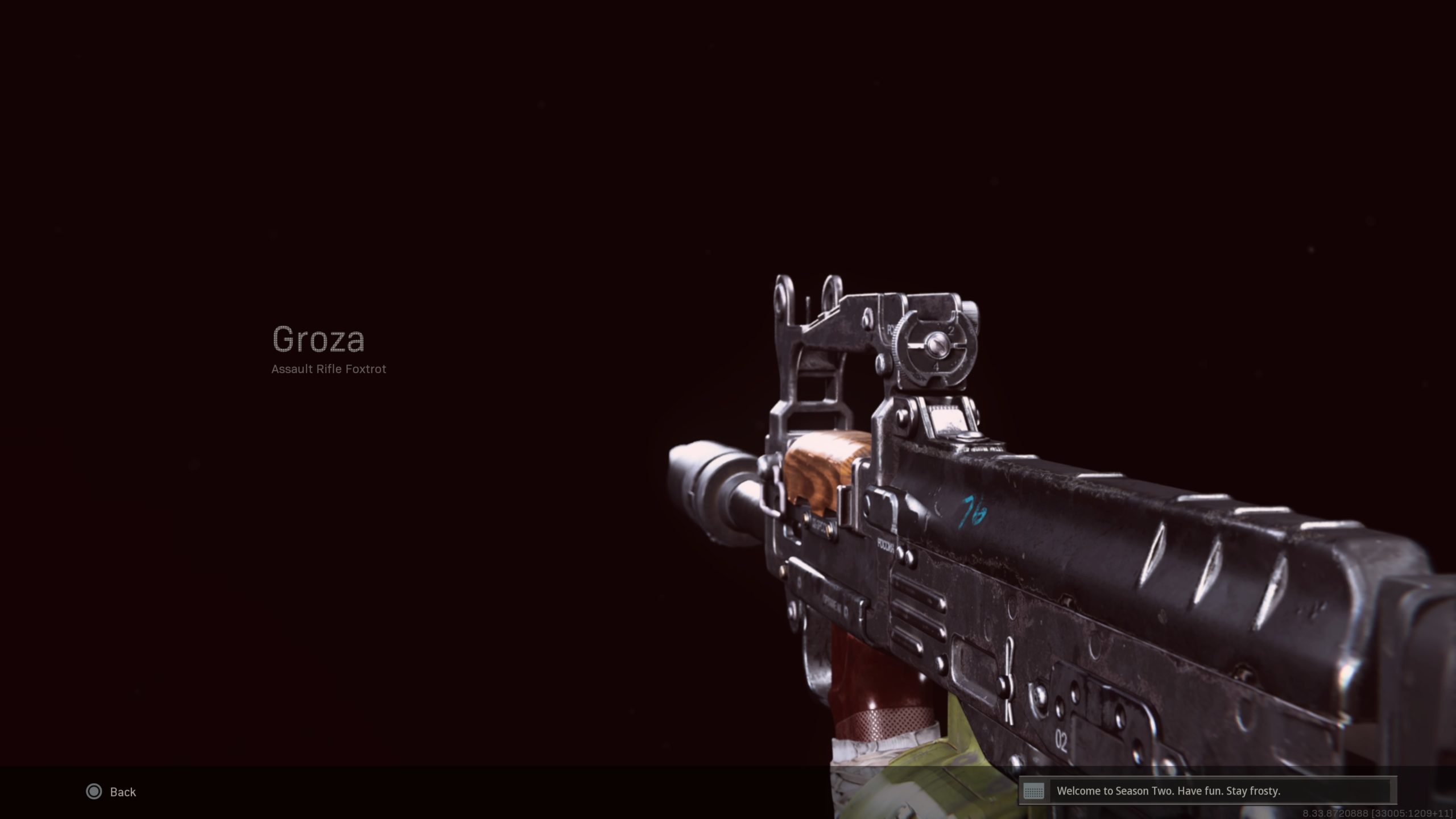 Call of Duty: Warzone adds weapons to its roster frequently, but sometimes it’s worth checking out some older guns to shake things up.

Warzone’s meta becomes quite stale over time, with many players flocking to the same weapon, so it’s hard to fault anyone who wants to try something different. Our suggestion is the Groza.

The Groza was a season one addition in Black Ops Cold War and Warzone, a full-auto assault rifle with “excellent handling speeds, and “fast fire rate” with “fair damage range.”

Here’s the best way to equip your loadout in Warzone.

The best Groza loadout in Warzone

The Groza struggles at long range. It’s best to equip a loadout with the Groza as your secondary, up-close option as opposed to a weapon you’ll fire at long distances. Pair it up with a sniper or an AR that excels at range.

This loadout will buff the Groza’s damage, range, and mobility, basically morphing it into a pseudo-AR-SMG combination that has solid firepower and damage. It’s still clunky but not nearly as bad as it is naked.