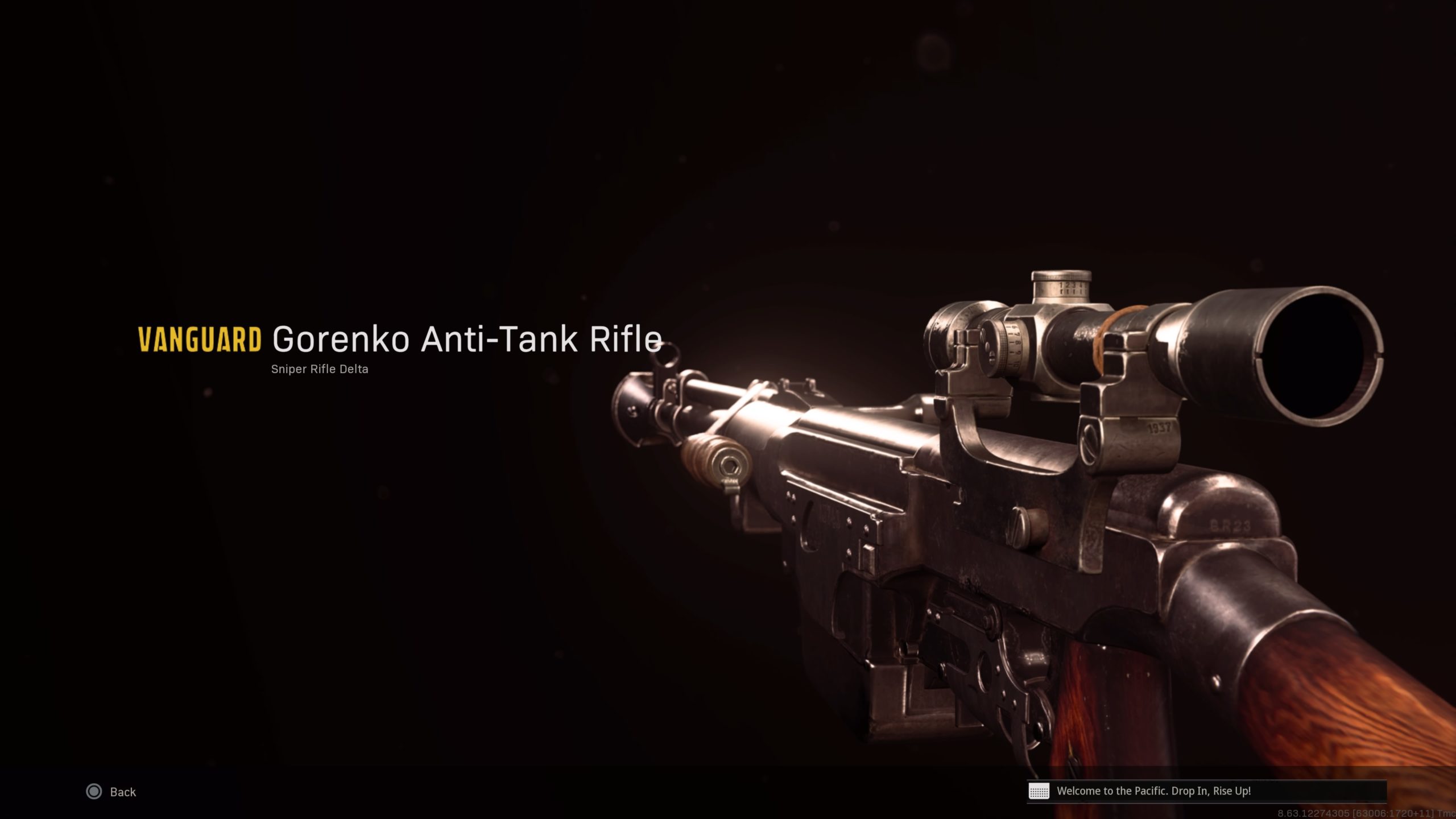 Its in-game description says that the Gorenko is a “heavy semi-automatic sniper rifle” that “offers the most damage per shot of any ballistics-based weapon, capable of one-shotting any enemy in Multiplayer with ease.”

The weapon doesn’t quite function the same way in Warzone as it does in Vanguard multiplayer, but the gun has seen a resurgence in the final weeks and months ahead of the launch of Warzone 2.0 this November as players look to change things up in their loadouts.

Sniper rifles are still lagging behind both assault rifles and submachine guns in the Warzone meta right now, and players still seem to prefer the 3-Line-Rifle as their sniper of choice, but more and more are seeing the light when it comes to the Gorenko in battle royale on Caldera.

Here’s the best setup for one of Warzone’s most popular sniper rifles right now.

The best Gorenko loadout in Warzone

The Gorenko is reminiscent of the Barrett .50 Cal from earlier CoD titles due to its powerful damage and fast fire rate. While other snipers are bolt-action, the Gorenko is semi-automatic, so you can follow up your first shot with another in quick succession.

In Warzone, the Gorenko is a two or three-tap weapon at most ranges with this loadout. That’s not a problem thanks to the weapon’s fire rate, so pace your shots and be accurate and you can turn into a Rebirth or Fortune’s Keep fiend with relative ease.