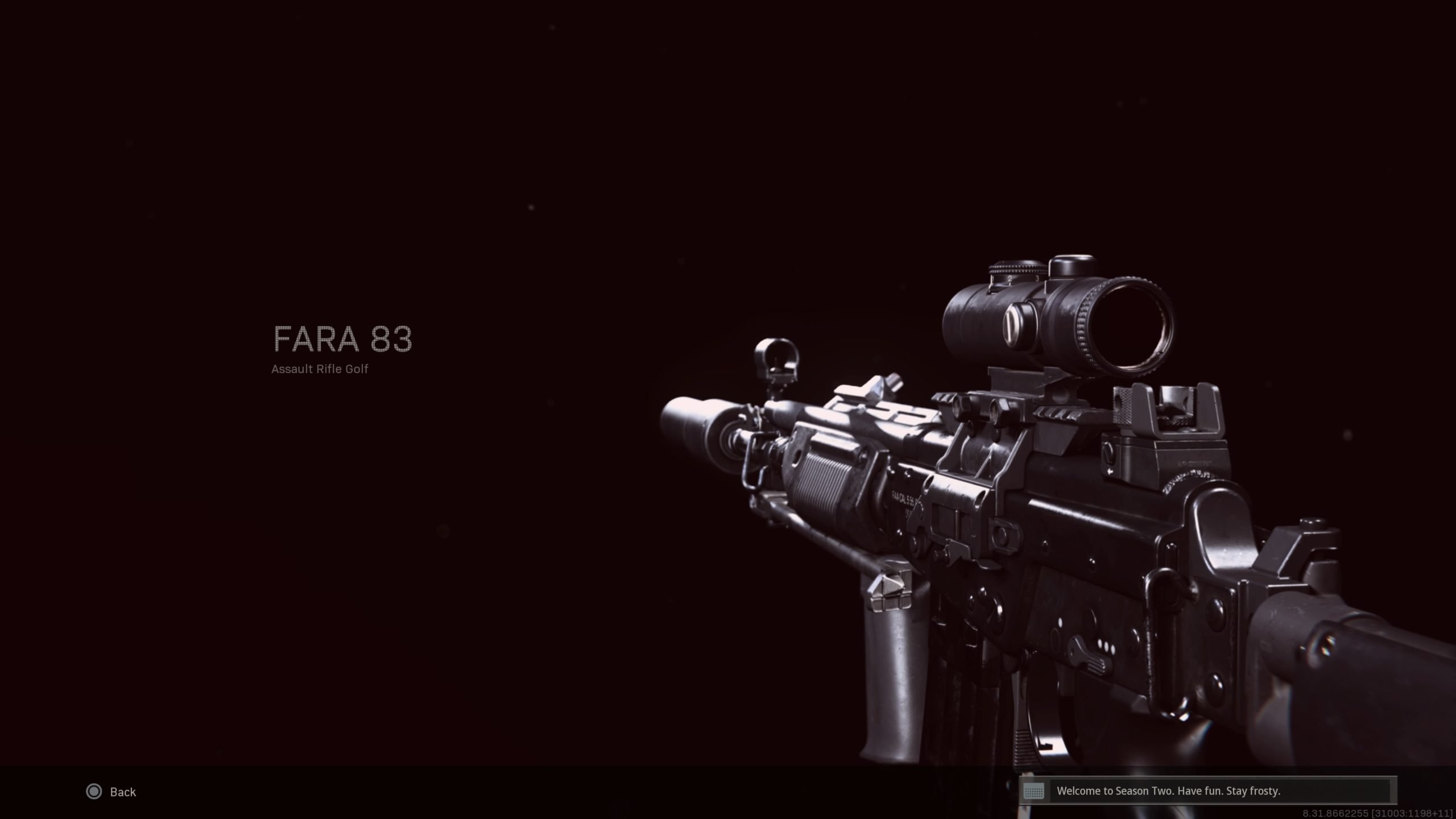 There sure are a lot of guns to use in Call of Duty: Warzone.

With Black Ops Cold War’s season two, the grand total for assault rifles in Warzone was brought to a whopping 20 with the FARA 83. There’s no shortage of choices when it comes to building a loadout to use in the battle royale.

The FARA 83 is a “fully-automatic assault rifle is a heavyweight among its peers, as it claims one of the fastest fire rates in its class and outstanding effective range for solid damage,” Activision says. “In the hands of a capable Operator, the FARA 83 can be a true force in crushing the opposition.”

Remember the Galil in Black Ops 1? This gun is similar and it’ll be immediately reminiscent once you fire the gun with its iron sights. But it needs some help from the attachments that you can unlock once you earn the gun at tier 15 in the season two battle pass.

Here’s how to equip the FARA 83 for Warzone games on Caldera or even Rebirth Island.

This is a bit of a submachine gun-like build for the FARA, turning it into a secondary CQC option instead of a long-range assault rifle. These attachments will buff your movement in a big way, allowing it to feel stronger up close than usual.

You can pair this FARA build with another AR for maximum efficiency. It’s comparable to the FFAR 1 when it comes to secondary options for when you’re inside the buildings in Verdansk.

The FARA 83 is a decent assault rifle. It pales in comparison to the AMAX or even the Grau, but it’s fun to play with if you’re looking to try out a different gun and shake up the monotony of your old loadouts.

The main issue with the FARA is its accuracy at long ranges. This thing kicks like a mule, so you need to try and rein it in as much as possible with Spetsnaz Grip. This loadout ups both its accuracy and range to help it out.

The 60 round mag is key here, too, because you’ll need the extra ammunition to help chunk down enemy armor. Pace your shots at a distance and the FARA 83 can be a new addition to your arsenal.