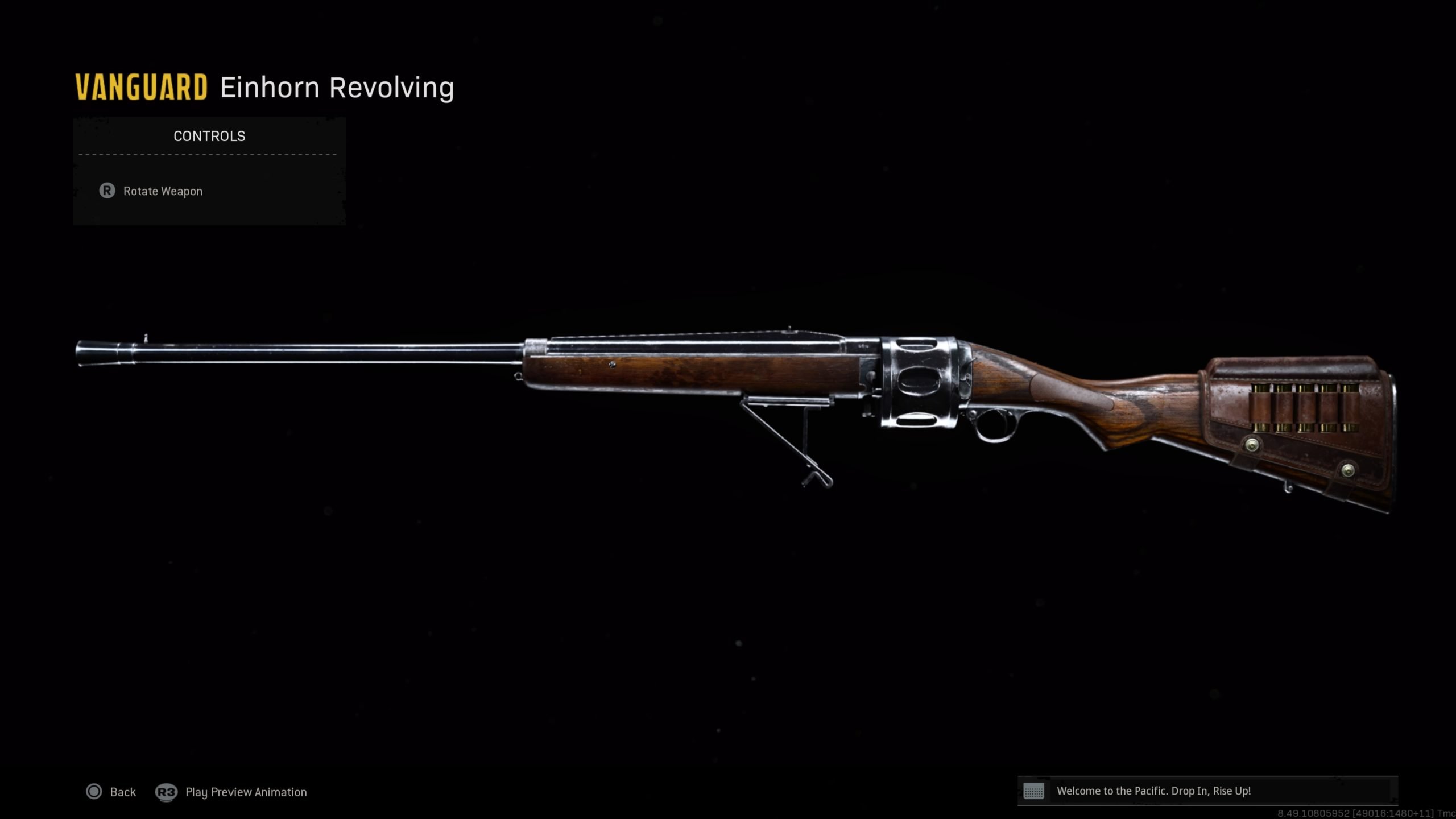 A new shotgun loadout has been making the rounds on social media over the holidays and ruining the end of 2021 for many Call of Duty: Warzone gamers due to its one-shot potential.

The Einhorn Revolving shotgun hadn’t seen much usage in Warzone over the first few weeks since the Pacific update. But a few content creators have popularized the shotty and created a wildfire of shotgun spam in Caldera over the past few days.

This Einhorn build can’t spam like the Gracey Auto or dominate up close like the Double Barrel, but it has quite long range. And its ability to deal damage over time with Incendiary ammo is what truly sets it over the top.

Here’s the Einhorn Revolving loadout everyone has been using in Warzone.

The Einhorn has the worst range out of the four base Vanguard shotguns, but this loadout turns it into a ranged beast. You won’t snipe anybody with it, to be sure, but its range somehow feels markedly improved thanks to this set of attachments.

Incendiary ammo is the real enemy here. Until this attachment gets nerfed, it will continue to wreak havoc in Warzone, quickly burning down the health pool of players who are somehow able to escape the Einhorn’s powerful damage to begin with.