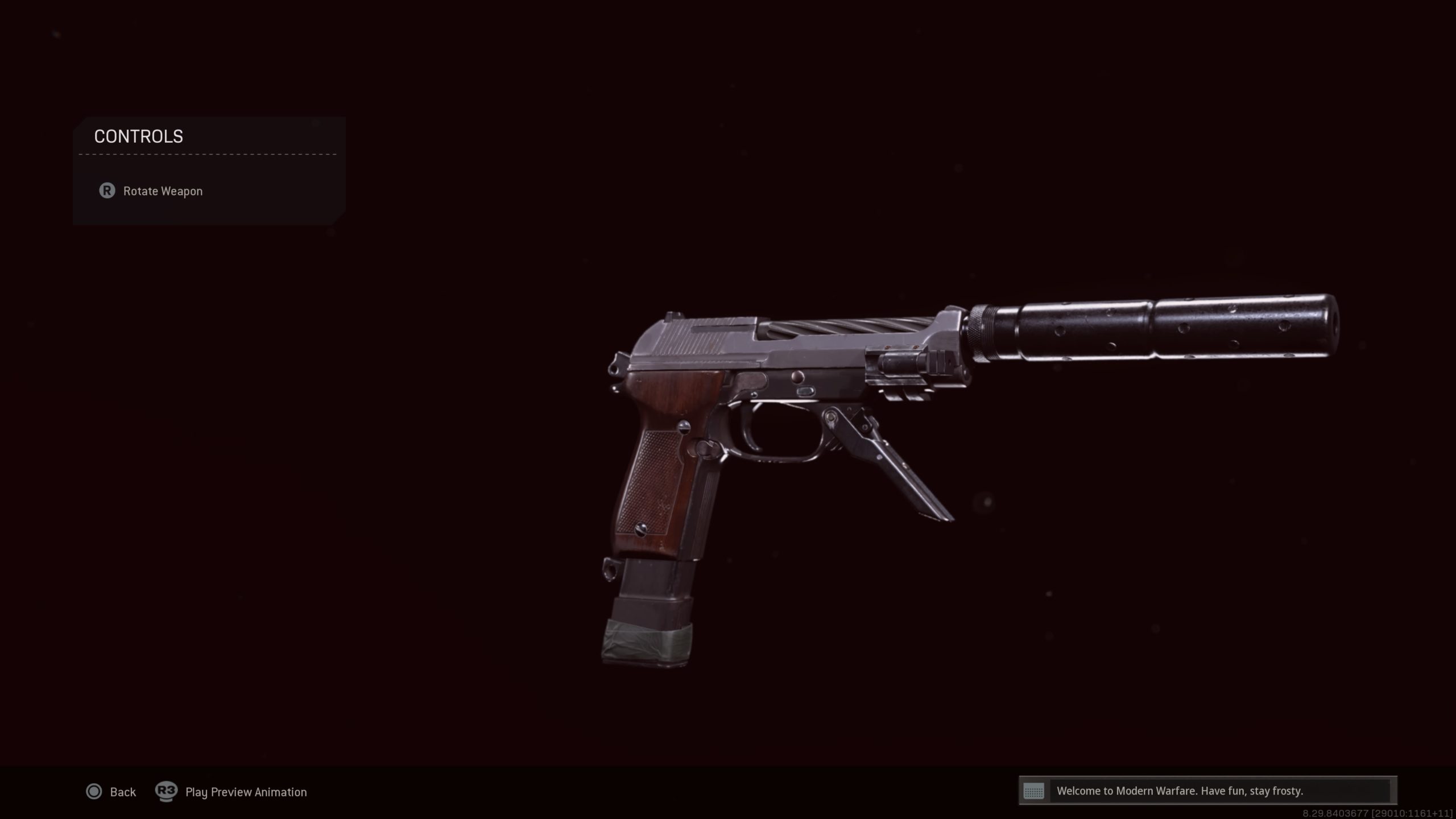 Why shoot one bullet when you can fire three with just one press of the trigger?

That’s what burst pistols are for. And thanks to the integration of Call of Duty: Black Ops Cold War into the battle royale world of Warzone, there’s another burst pistol in the game—the Diamatti.

The Diamatti is similar to Warzone’s Renetti in both name and function. It’s also a burst pistol and is Black Ops Cold War’s version of a Beretta M93R pistol.

The burst pistol is a solid option for a secondary weapon in the early moments of a Warzone match and it’s something to consider when picking up your first loadout of the game.

Here’s the best way to equip your Diamatti to dominate in Warzone.

The best Diamatti loadout for Warzone

This loadout is built to maximize the Diamatti’s damage and range, while also equipping you with two of them to akimbo dual wield the burst pistols to help you shred enemies in close proximity.

The akimbo setup is reminiscent of the Snakeshot pistols that ran rampant in Warzone earlier in 2020, although not quite as overpowered. These pistols are a solid option as a secondary for a class that uses Ghost instead of Overkill.

The laser sight will help you fight enemies at mid-range, but these are meant for up-close encounters inside of buildings throughout Verdansk and Rebirth Island, so don’t get too cheeky and make sure to bring an assault rifle or marksman rifle with you as well.