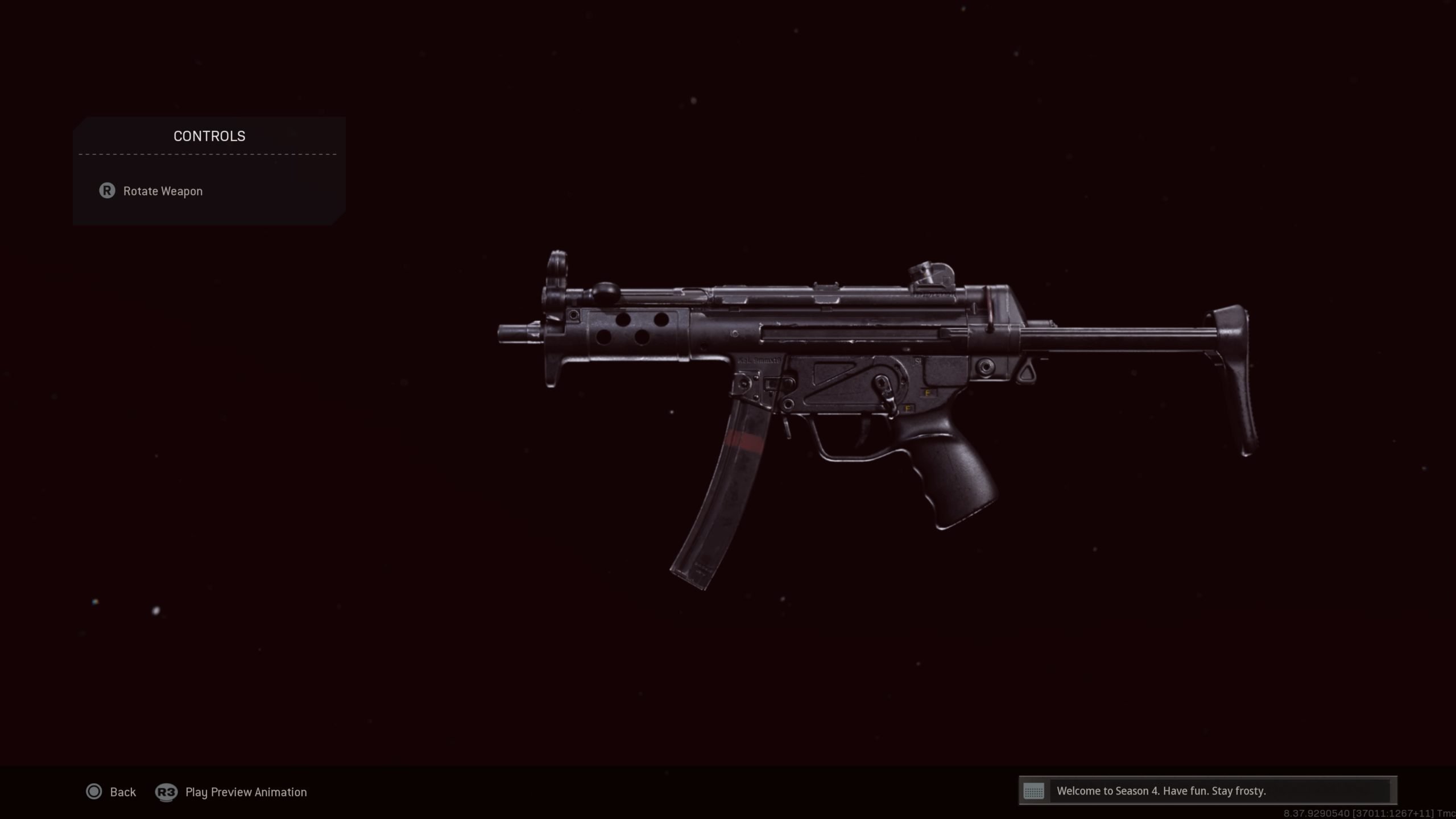 In Call of Duty: Warzone, it’s important to have a loadout that offers you options for different kinds of combat scenarios in battle royale.

Many players choose to run an Overkill loadout with an assault rifle and a sniper rifle like the Kar98k. It makes sense considering Caldera’s size. But for the more aggressive players among us, a close-range option in the secondary slot is also good to have.

For those who want a close-range gun to pair with their long-range option, the MP5 from Black Ops Cold War is a solid choice in Warzone, especially when movement speed is taken into account. You move pretty slowly with most assault rifles and scoped guns, so it’s nice to pair them with a quick SMG.

You can find the Cold War MP5 under submachine guns, titled Submachine Gun Alpha, with the Black Ops icon in the top right. Here’s how to equip it and use it in Warzone.

These attachments will help buff the Cold War MP5’s accuracy, damage, range, and mobility, all without sacrificing much except a tiny bit of control. But the movement speed buff is worth it in the end, allowing you to move faster around Caldera with this gun in your secondary slot.

Pair this MP5 in an Overkill loadout with a long-range assault rifle in the first slot, like an XM4, AMAX, Grau, or anything of the sort. The combination is lethal in the end game, especially if you pick up this loadout first and then replace it with a Ghost loadout while still carrying the weapon duo.