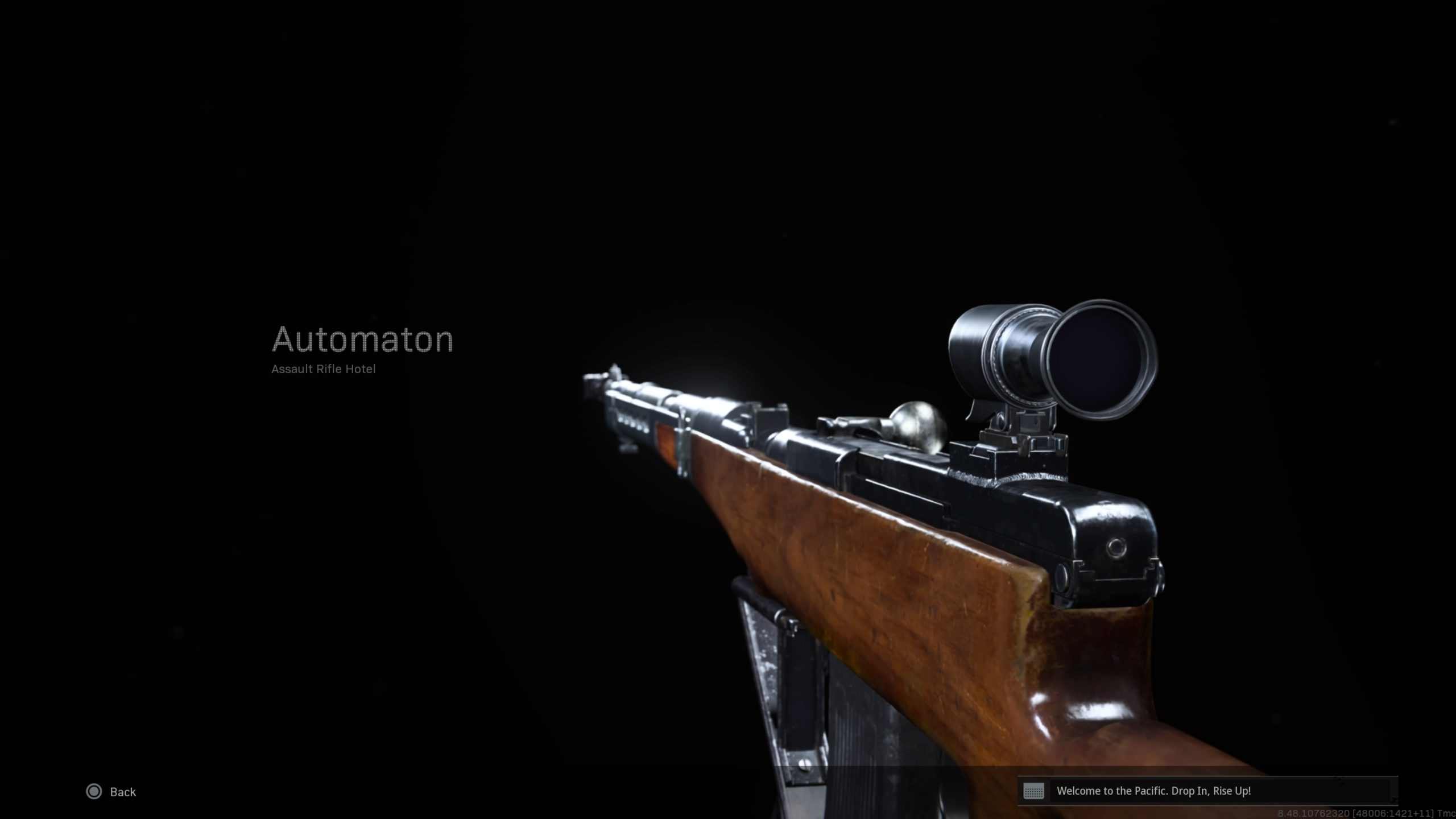 Call of Duty: Warzone’s Pacific update has come and gone, and the meta has already shifted.

You’re going to need to level up Vanguard’s World War II-era guns if you want to hop into the Vanguard Royale mode—and the Automaton assault rifle is one of the best options in the game.

Of Vanguard’s eight assault rifle options near Pacific’s launch, the Automaton is definitely one of the best. It’s a high fire rate AR that’s able to hold its own at a number of ranges, even up close thanks to its fast fire rate.

The Automaton was a tad bit overtuned at the beginning of Caldera, but it quickly received a nerf. Now, after some changes in the 1.5 update, the Automaton is back into the meta with a vengeance.

Here’s the best way to load up the Automaton with attachments in Warzone.

Range, damage, and sustained fire are the key when working with the Automaton in Caldera. Long-range engagements are crucial on the Warzone map and the Automaton is an early favorite thanks to its damage output and accuracy over distance.

This set of Gunsmith attachments will buff just about everything in the Automaton’s stats. Using this loadout will increase the AR’s accuracy, range, and control, while slightly nerfing its mobility, which isn’t an issue because that stat is already solid.

The main thing to keep in mind when running with the Automaton is its fire rate is quite high. It’s a bit of a bullet hose, especially with its massive 75 round mag, so learning its recoil pattern will help when fighting at mid-range or longer. Pair this AR with a solid SMG like the MP-40 or PPSh-41 and you might find some Ws on Caldera.