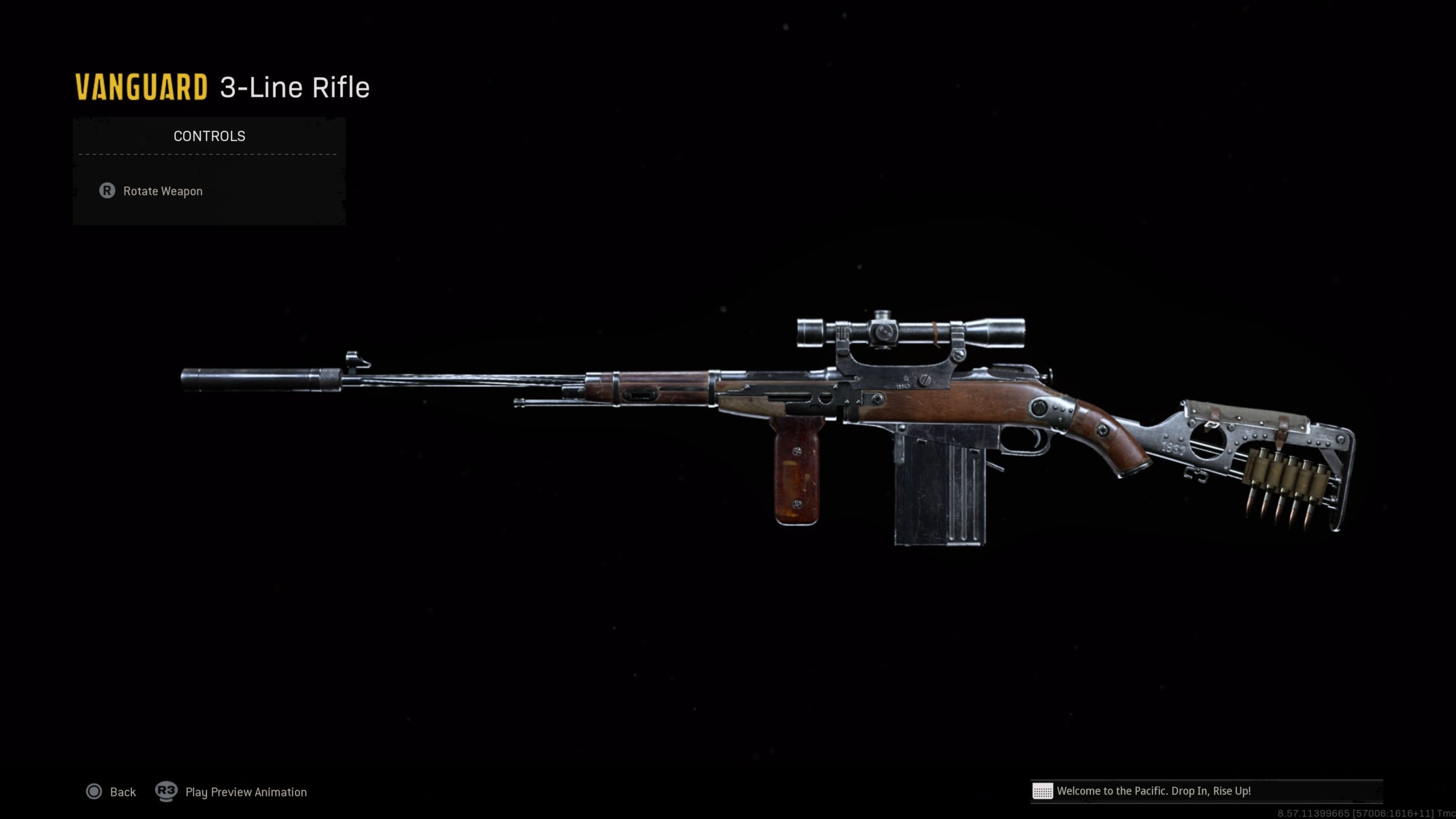 The season three update for Call of Duty: Warzone and Vanguard updated the battle royale’s sniper rifles in a big way.

The sniper meta has shifted thanks to changing which guns will one-shot to the head outside of their maximum damage range, lifting weapons into the category of “you can use this now” while demoting others out of loadouts everywhere.

The 3-Line Rifle from Vanguard is one of the guns that should be in your arsenal now. It’s a slow-firing sniper that packs a tremendous punch, especially if you can use high accuracy to land shots in the chest and above.

Here’s the best set of attachments to use on the 3-Line Rifle in Warzone.

There’s some flexibility to be had with the 3-Line Rifle, but one of its biggest weaknesses is mobility. It’s not worth trying to play with this gun like a more mobile marksman rifle like the Kar98k. It’s a sniper, a slow-firing one, and it’s good at its job of downing enemies at range.

This loadout will nearly maximize the rifle’s range, while also buffing its damage output and your ability to rein in the WWII sniper’s high recoil. Now that it one-shots to the head from any range, it’s worth your time and usage.