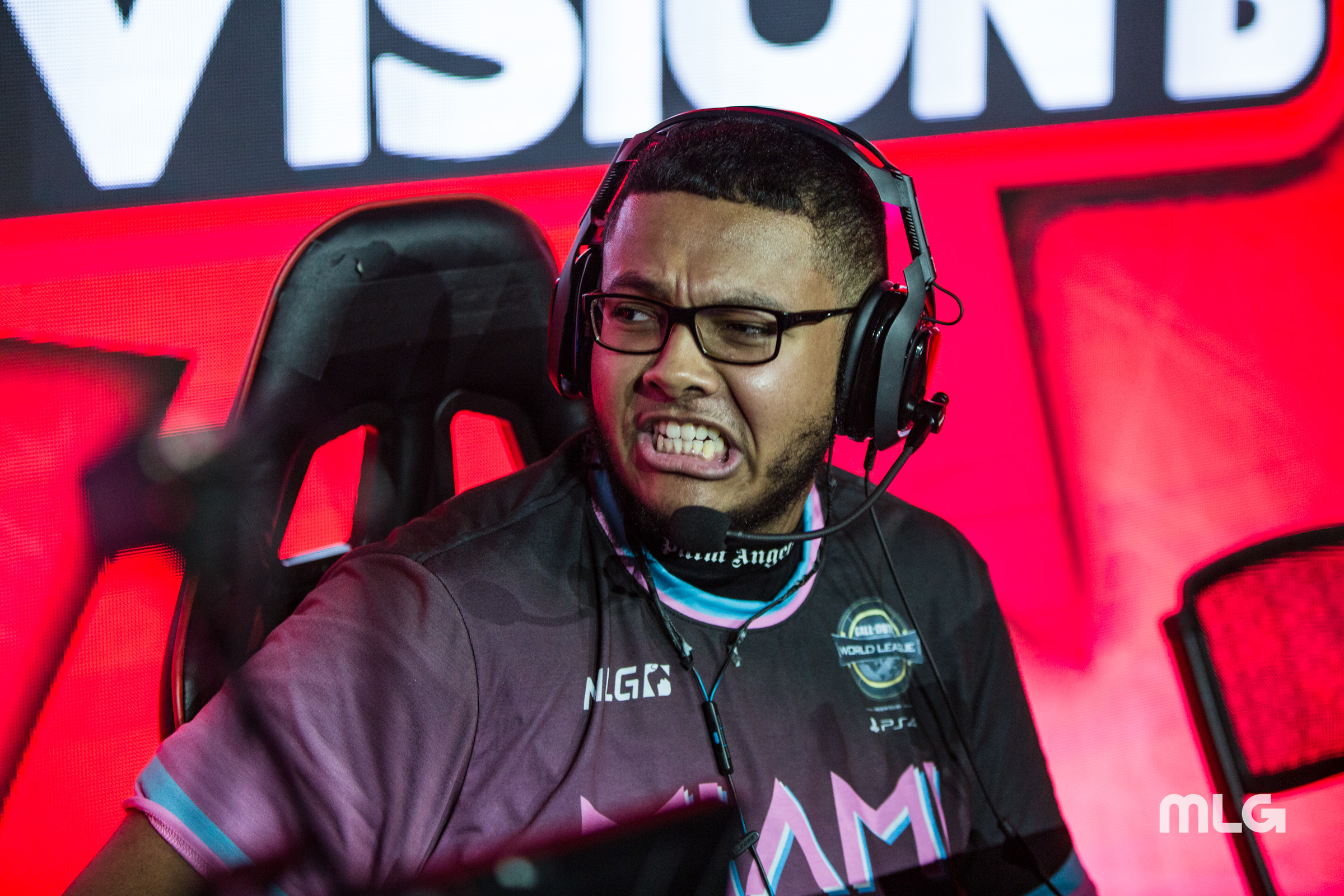 When Donovan “Temp” Laroda turned 18 and became eligible to compete in the Call of Duty World League in 2017, seemingly everyone expected immediate greatness.

As a part of a group of young, talented players that had proved to be remarkable years earlier, Temp had high expectations going into WWII, the first game in which he could complete a full CWL season. But, as he put it, he got “kicked in the face” by reality.

His lofty expectations were exactly that–lofty. In actuality, it was going to be tough to win titles and cement himself as one of the best players in the world. And now, as he enters his third CWL Championship event, Temp realizes that he can’t expect anything anymore.

That’s not to say Temp isn’t confident in his team. After all, he has his longtime duo, Cuyler “Huke” Garland, and three veterans⁠—Daniel “Loony” Loza, Ulysses “AquA” Silva, and Jordan “Jurd” Crowley⁠—by his side. Temp believes that they have enough talent to beat any team at any moment, but it’s all about being comfortable. And Splyce is not comfortable.

With the addition of Huke in June, the team has an abundance of submachine gun players. This excess of SMGs has led to players sacrificing their personal comfort to satisfy the team’s needs. And while it’s necessary, Temp said it’s definitely made an impact on the lineup.

“We’re not in a good spot right now because teamwork wise, we’re not on the same page, people look at the game differently, people are switching roles, and people aren’t comfortable,” Temp said. “Jurd ran a Maddox and gave it up mid-tournament. That’s just an example of people saying ‘I’ll do whatever [for the team]’ and then realizing they’re not comfortable.”

If Splyce can figure out their Hardpoint woes, however, the team’s collective talent should shine bright. There’s no shortage of skill on Splyce. Huke is one of the most skilled players in CoD history and he’s not even 20 years old. Jurd is one of the best European players of all time. Loony and AquA have competed at the highest level for years together, have won titles, and have more than enough experience to guide their younger teammates. And then there’s Temp.

“I’m a great Maddox player, I’m a great sub player, I’m good with every gun,” Temp said. “I have certain strengths in different areas with a sub. I would say my ideal gun in Hardpoint is a sub. In Hardpoint with sub, I control the game better than almost any player.”

Temp has said he’ll do whatever he can to help the team win because for him, winning trumps everything else. Some fans and players criticize the young player for his confidence and admittedly blunt personality. There’s no denying that the win is more important for Temp than any personal achievement, though.

Some players like to talk about their kill-death ratios or their personal accolades, but for Temp, he maintains that the recognition of being a champion is the greatest glory he can achieve.

“The most important thing is the championship,” Temp said. “Say we don’t win Champs, after this year, ‘Oh, yeah. Donny was good at Black Ops 4. He was really good at Black Ops 4. Kid was nasty.’ That’s what they’re gonna say—that’s wack. You have to win. Winning is everything.”