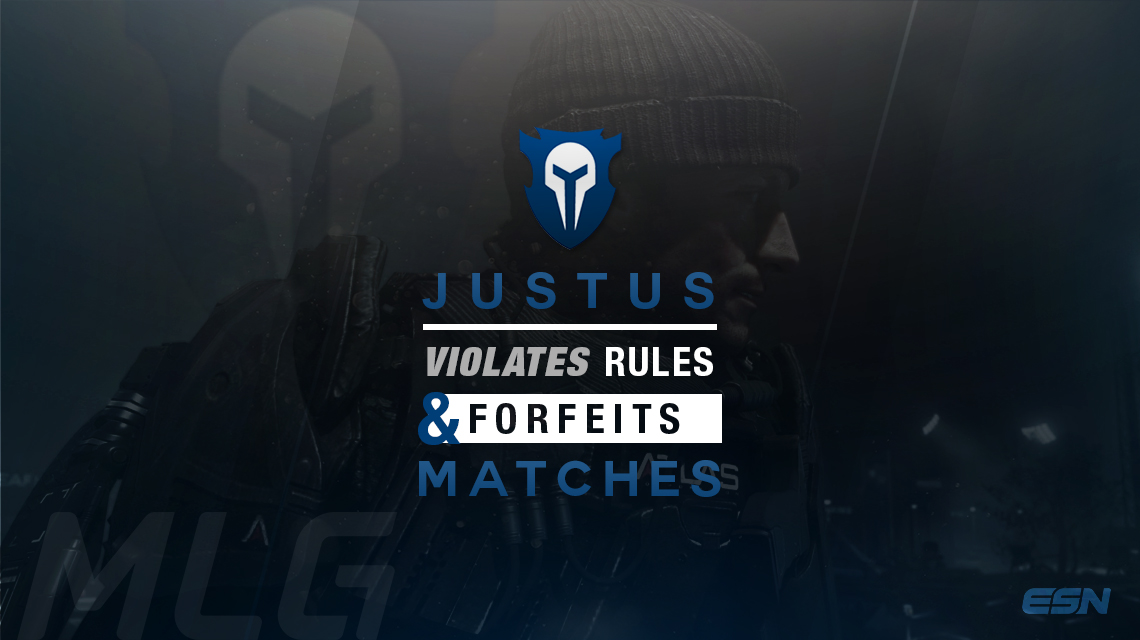 Recent events have forced Team JusTus into forfeiting last night’s matchups for violating the general rules, resulting in the loss of their spot in the MLG Pro League Call of Duty: Advanced Warfare Season 1 Playoffs.

On Feb. 5, 2015, Josiah “Slacked” Berry, player for Team JusTus, acclaimed on his personal twitter that, Nicholas “Classic” DiCostanzo, fellow teammate and captain for Team JusTus, had someone recover Slacked’s Xbox Live account to have someone substitute and play in last night’s MLG Pro League matches.

Apparently Slacked was at a basketball game, while this went down. As the matches played out throughout the night, Team JusTus’ roster went on to lose 0-3 against Team EnVyUs and won 3-1 against Prophecy. This allowed the team to qualify for the Season 1 Playoffs with a 1-1 record on the night.

It was only a matter of time before Slacked found out that his team continued to play with his recovered account. Slacked responded frustrated, stating that he’d get his team banned. He’s also planning to post a video on the recent events.

Due to both match forfeits, Team JusTus’ league record ended at 18-26 dropping them from playoff contention. This means that Rise Nation will move up to eighth place, and will be given the last Season 1 Playoff spot.

The Team JusTus organization responded on twitter, that they sincerely apologize for the recent events, and fully agree with MLG’s decision.

It’s worth noting that even though Automatic Reload holds an 18-24 record and still has two league matches tonight, they cannot obtain eighth place, because Rise Nation will win the head-to-head map count.

Adam announced that MLG will continue to investigate the situation at hand, and there may be additional punishments toward the team.

Slacked, Classic, and other teammates have yet to comment on the situation and punishments that have resulted from the recent events. We will continue to update this article as more information is released.

What are your thoughts on Team JusTus’ rule violation? Do you believe they should have possibly received a ban? Let us know in the comments below, or on our Twitter – @eSportsNation.