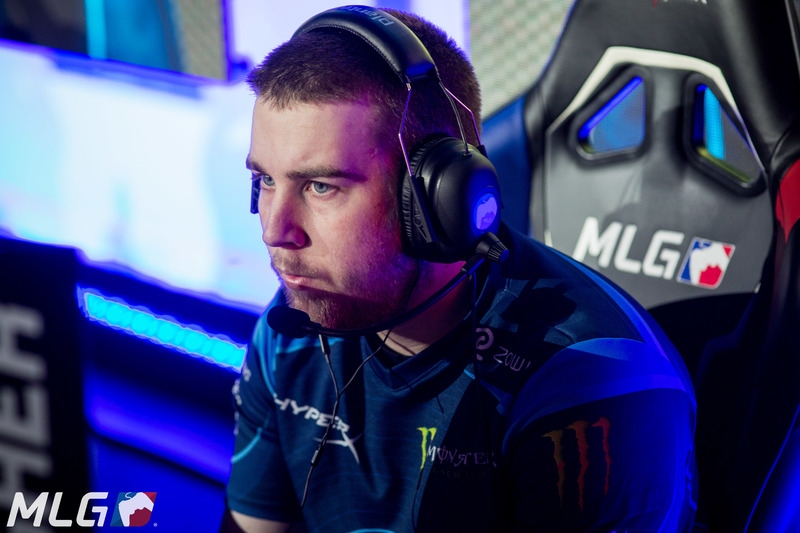 On June 17, Team EnVyUs was eliminated from the Call of Duty World League Anaheim Open with one of the worst placings in organizational history. But just a little over one month later, the Boys in Blue found themselves competing in the grand finals of the CWL Global Pro League Stage Two Playoffs.

So how did Team EnVyUs drastically improve their placing in such a short period of time? The answer is three words: Austin “SlasheR” Liddicoat.

SlasheR has consistently been a top performer at recent events, and he’s a huge reason why Team EnVyUs made it to the grand finals last weekend. As Team EnVyUs’ main NV4 assault rifle player, if SlasheR is firing on all cylinders, it makes it that much easier for his team to succeed.

At the CWL Anaheim Open in June, however, Team EnVyUs came in last place in Group B with a 1-3 record in pool play. This put them in the first round of the championship losers bracket, where they lost 3-2 against Allegiance and were eliminated from the tournament with a top 24 finish.

The Boys in Blue had just over one month until it was their turn to compete in Stage Two of the CWL Global Pro League. EnVyUs was placed in Group Green alongside OpTic Gaming, Epsilon Esports, and Cloud9.

This was widely considered the toughest group in the second regular season of the CWL GPL—and after their recent performance at Anaheim, many fans wrote them off.

But the Boys in Blue came to play.

EnVyUs came in second place in Group Green with a 4-2 record—their only losses came against OpTic Gaming. This second-place finish in their group qualified Team EnVyUs for the Stage Two Playoffs the following weekend.

At the CWL Stage Two Playoffs, EnVyUs continued to prove any doubters wrong. They started the eight-team double-elimination tournament with a 3-2 victory over FaZe Clan. EnVyUs then stunned the Call of Duty community again with an impressive 3-2 win against Luminosity Gaming.

But they weren’t done yet.

EnVyUs then swept eUnited in the winners bracket finals to advance to the grand finals. Although they lost two best-of-five series against OpTic Gaming in the grand finals, many fans were still surprised by EnVyUs’ second-place finish in the Stage Two Playoffs.

“We boot camped for a week prior to Stage Two and really just focused on fixing our gameplay as much as possible,” SlasheR told Dot Esports. “I think we also brought more intensity as a team at Stage Two than we did at Anaheim.”

Though he was statistically EnVyUs’ best player at the past two events, SlasheR still improved his own gameplay. The three-time Call of Duty champion produced a 0.76 Search and Destroy K/D, as well as a 1.05 overall K/D—the highest on Team EnVyUs—at CWL Anaheim.

At the Stage Two Playoffs, however, SlasheR improved his statistics even more. He produced a monstrous 1.76 Search and Destroy K/D, as well as a 1.16 overall K/D, which was once again the highest kill-death ratio on his team.

SlasheR, who has publicly voiced his frustration with Infinite Warfare all season, said that he was able to improve his own gameplay simply by just playing the game.

“The one thing that changed for me is I stopped worrying about the flaws of the game during practice,” SlasheR said. “I just accepted them and tried my best to learn the best ways to win as consistently as possible on IW.”

Many fans were even more impressed by SlasheR’s performance at the Stage Two Playoffs because he seemingly carried EnVyUs to their second-place finish. Nobody else on his team had better than a 0.95 overall K/D at the playoffs, and he was 0.65 ahead of his next closest teammate in Search and Destroy K/D.

This led to many people in the Call of Duty community calling SlasheR the “hard carry” of Team EnVyUs—but SlasheR doesn’t agree with this description of himself.

“I had some hard carry-like performances on a few maps this weekend, but I’m gonna say no,” SlasheR said. “I hope I’m never the hard carry because you cannot hard carry to an event win, you need your full team playing well.”

The rest of Team EnVyUs now has less than one week to make any final adjustments to their gameplay before the biggest event of the year starts on Aug. 9. This Team EnVyUs lineup won last year’s Call of Duty World League Championship, and SlasheR kept it simple when talking about what his team needs to do to defend their title.

“[We need to] keep up our Search game and consistently play better in respawns,” SlasheR said.

Last year, the Boys in Blue came in second place at the tournament before the Call of Duty World League Championship. Now, the first half of that script is written for this year’s $1.5 million tournament—and SlasheR and crew hope that they’ll be lifting the trophy once again at CoD Champs 2017.