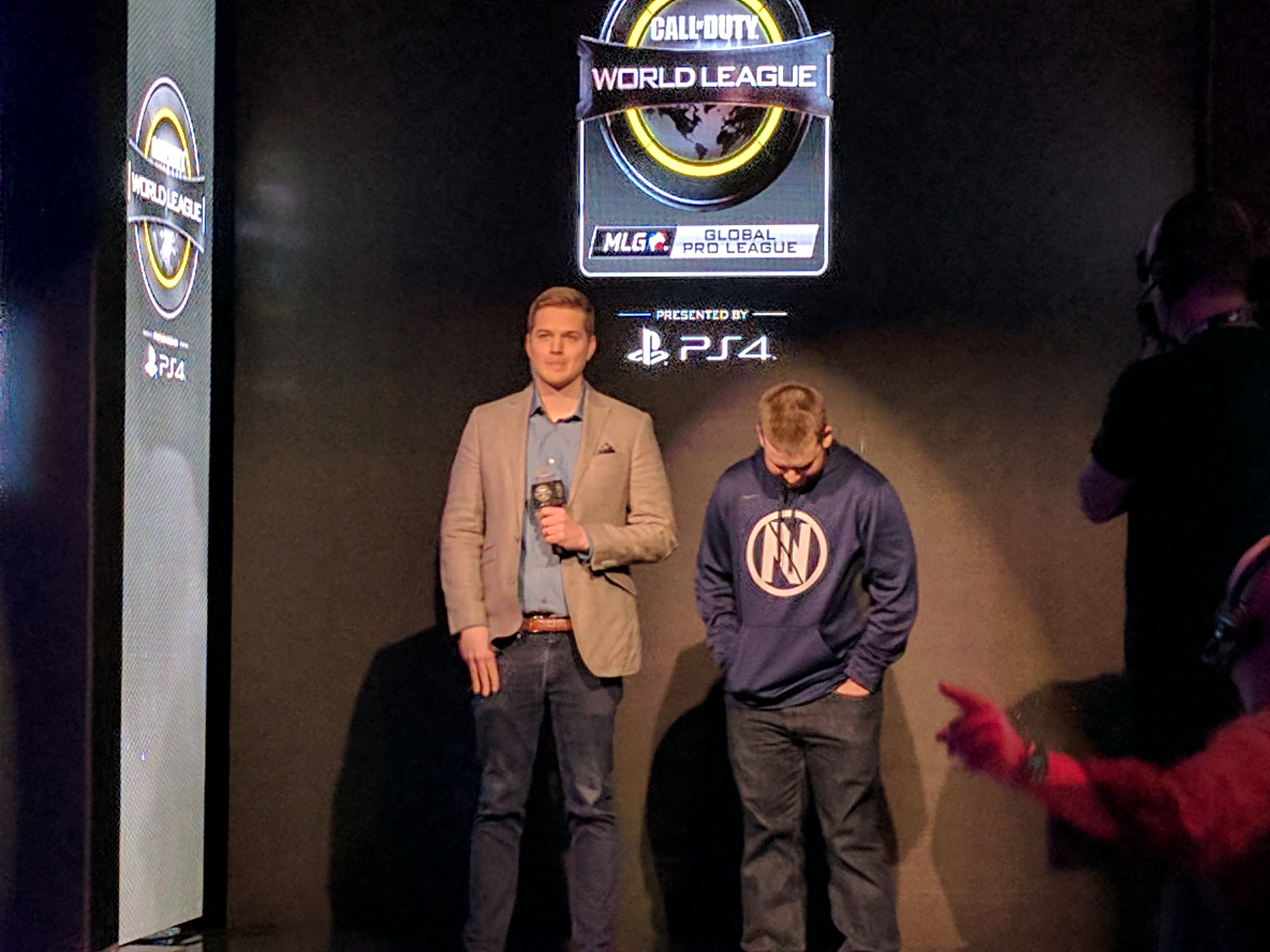 Cloud9 and Mindfreak both entered Sunday’s matches in the Call of Duty World League Global Pro League with the hopes of finishing in the top three of their group. A top three finish would not only mean avoiding relegation and making playoffs, but also an automatic qualification into CWL Anaheim pool play, Stage 2 of the GPL, and qualification for the 2017 Call of Duty World League Championship.

Sunday didn’t begin well for Cloud9–they got crushed on Scorch Hardpoint, falling to Team EnVyUs by over 120 points. But they bounced back on the following Search and Destroy, holding on to beat EnVyUs 6-4 due to a complete team performance. Each of the four C9 players had at least seven kills, while Jordan “JKap” Kaplan struggled on the opposing side. Game three was a close loss for Cloud9. Despite a 33-kill showing by Adam “Assault” Garcia, C9 fell short by two points on Frost Uplink.

The next Hardpoint was all about Cloud9. C9 jumped out to an early lead and never looked back. Assault once again showed his incredible skill, racking up a game-high 26 kills. The second most kills in the lobby came from Patrick “ACHES” Price with 18.

Game five was a must-win map for C9. The final Search and Destroy was as intense as it could get. In the end, though, Cloud9 came up just a little short, losing 6-5. That loss effectively eliminated C9 from placing third in the group and punched their tickets to the relegation tournament in June.

With C9 out, the rest of Mindfreak’s day was basically worry-free, despite having two matches. No matter what MF did in Sunday’s matches, they were locked into third place due to Splyce and EnVyUs both sitting at 4-1, while MF could only reach three match wins.

MF, however, didn’t just roll over and allow their opponents to walk over them. Mindfreak went toe-to-toe with the top European team in Splyce, taking them to a fifth and final game after winning game four Retaliation Hardpoint 250-246. Splyce was able to remain calm in the last map, winning Throwback Search and Destroy 6-2, and the series 3-2.

In what would’ve been a big matchup if C9 won their first match of the day, C9 faced off against the Aussies. Only playing for pride at that point, C9 fell to MF in game one, but came back in game two to tie the series right back up. Mindfreak won Precinct Uplink but Cloud9 came away with Breakout Hardpoint to force a final Search and Destroy. Just like their last series, MF’s momentum ran out in game five as they lost 6-2 once again. The 3-2 win was the first and only victory for Cloud9 this weekend, finishing with a 5-17 map record. Mindfreak finished 1-5 in matches and 10-15 in maps.

The final match of the day was to determine the top squad in the Red Group. Splyce and Team EnVyUs met in the first match of the weekend, so it was only fitting that they finish out the weekend as well. In their first meeting, Splyce won in four games.

Due to Splyce’s undefeated match record and 15-4 map count coming into the match, EnVyUs needed to sweep Splyce to take away first place from the Europeans. EnVyUs won the first Hardpoint of the series by 20 points, effectively handing Splyce their second Hardpoint loss of the weekend. The boys in blue expectedly followed that up with a 6-5 victory on Breakout Search and Destroy. To cap off the weekend, Team EnVyUs won 12-6 in Uplink to complete the sweep and finish atop their group. This was Splyce’s first Uplink loss of the entire weekend–they were 5-0 entering this match.

With the sweep, EnVyUs and Splyce tied in match record at 5-1, while EnVyUs finished 16-7 in map count, with Splyce at 15-7. Regardless of their placings, both teams, along with Mindfreak, clinched their spots in several of the biggest tournaments and leagues in all of Call of Duty for the rest of the year.