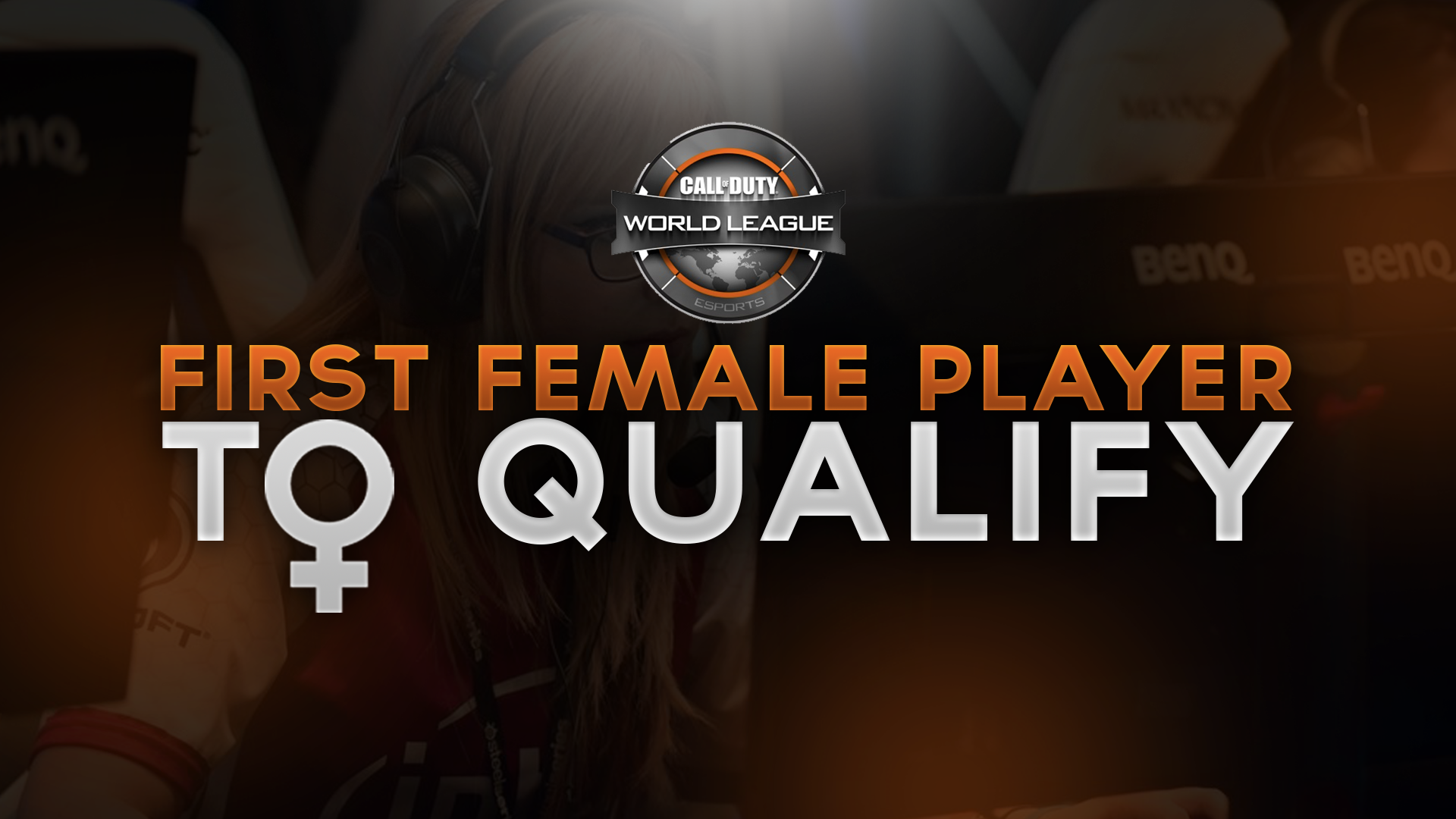 The Oceania Online Qualifier for the ANZ “Pro Division” of the Call of Duty World League took place on Dec. 14-16. There were occasional surprises, but one of the biggest headlines throughout the entirety of the tournament was the qualification of an Australian team, Pure N3gs , which included the world’s first-ever CWL female player, Kayla “ Squizzy ” Squires.

Squizzy is the first and only female player inducted into the World League, which will be kicking off in less than a month from now in the ANZ region. After qualifying alongside her Pure N3gs teammates, Glodek , Tupacah , and H220k , she found the news to be, “Very exciting and new to me, I’ve received so much support from everyone.” This is a very big step forward for women, signifying their potential growth in Call of Duty eSports.

No female player has competed in professional tournaments or leagues since Katherine “Mystik” Gunn in Halo: Reach , which shows how much of an achievement it was for Squizzy to qualify. When asked about if she thinks she’ll pave the way for more women in eSports she said, “If they really want it they still have to work very hard, but I hope I did inspire some women to do so.” With the upcoming addition to the Call of Duty scene of the Call of Duty Female Pro League it seems as though competitive CoD is growing in popularity with women.

The last prominent team to feature women was the all-female Team Kaliber Royalty, who still play but have not placed in a major online or LAN tournament. With Pure N3gs having a female on their team it also is the largest foray into a non-gender-segregated Call of Duty team, which could set a new standard for teams to come.

This poses an interesting question for teams looking to further desegregate Call of Duty: whether to have female only teams or to include individual females on their teams. Many major esports such as Counter-Strike: Global Offensive and League of Legends have opted for the latter, with all-female teams primarily competing against other all-female teams as well as male teams. The advent of high caliber women in Call of Duty could though pave the path to having non gender specific teams and integrating gaming.

This could also help invigorate Call of Duty eSports with a larger female viewership, which is disproportionately lower than male viewership on Twitch and MLG.tv . A growing viewbase could be essential for increased viewership and sponsorship in the community, and Pure N3gs with Squizzy is paving the way for just that.

Even with their newfound qualification though Pure N3gs and Squizzy still have an uphill battle. The team will have to compete against traditional Australian powerhouses Plantronics.Mindfreak and Team Immunity . When asked about her team, Squizzy said that, “We caused a very big upset on Monday & Tuesday, we were a pick up team that we threw together 20 minutes before rego (registration) closed.”

For a team to earn qualification into a league with $150,000 on the line after forming just before registration is almost as remarkable as having the first female in a CoD pro league. Squizzy also went on to say that, “Hopefully we can keep up our winning streak heading into the CWL.” Hopefully this last second team turns out into a huge success and further changes Call of Duty eSports moving forward.

What are your thoughts on women entering the CoD World League? Will more possibly join the Challenge Division at a later date? Let us know over at our Twitter – @eSportsNation .